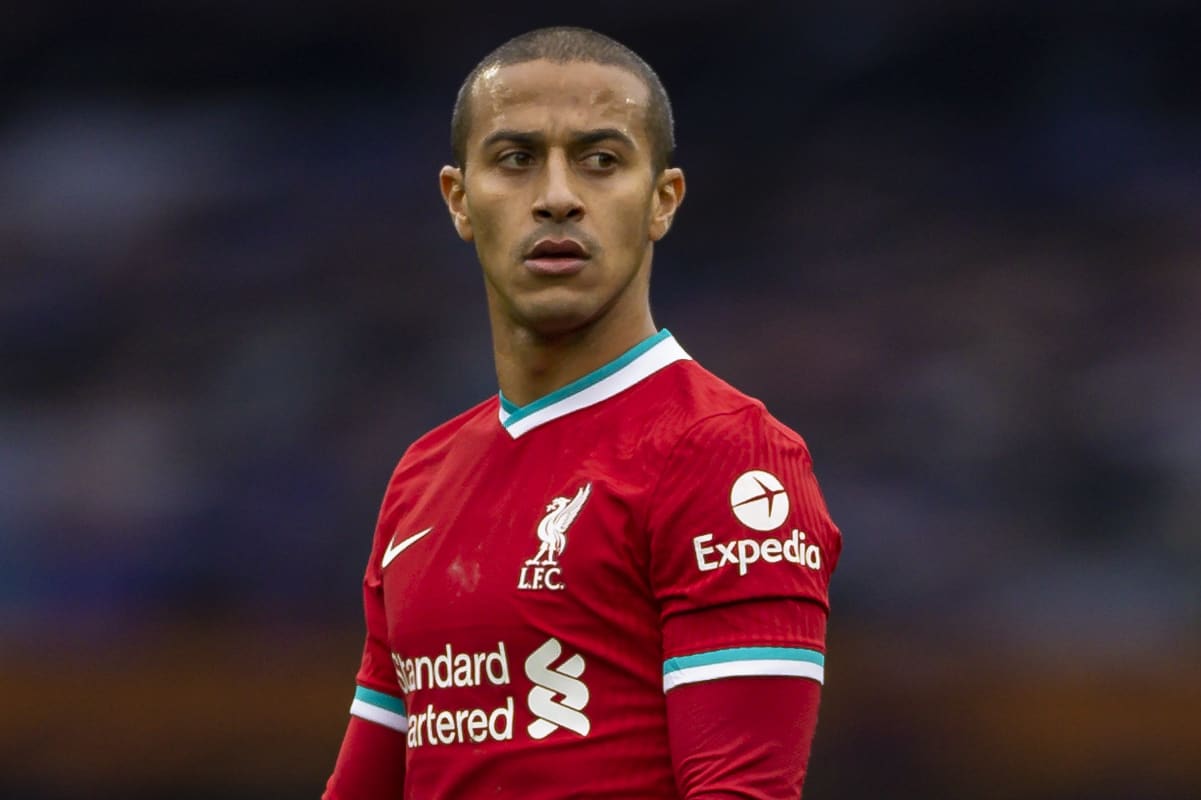 Thiago is not expected to feature for Liverpool in the final game of 2020, with Jurgen Klopp saying it is “not really likely that he will travel” to Newcastle.

The Reds’ new No. 6 has been limited to just one-and-a-half outings since his £25 million move from Bayern Munich in mid-September, owing to a knee injury suffered in the Merseyside derby.

Two-and-a-half months have passed since a challenge from Richarlison left Thiago on the treatment table, but the Spaniard is stepping up his recovery with a return to full training.

It had been suggested the 29-year-old could play again before the year was up, but now Klopp has cast doubt over his involvement for Wednesday night’s clash with Newcastle.

Speaking after the 1-1 draw with West Brom on Sunday, the manager explained that Thiago was due to join the entire session for the first time since his injury the following day, and that he will “need a few” before he can be considered.

“I like watching all my boys play, and with Thiago, of course, he had a few minutes, I would say, until he got injured,” Klopp said.

“So of course, we are looking forward to that, but I don’t know, it’s not really likely that he will travel.

“Let me say it like this. He needs a few sessions now, he’s really been out for a long time after the harsh challenge.

“It was proper impact. Nothing ruptured, nothing broken, but still took time obviously.

“And it still takes time, so we cannot and will not rush that. So I don’t know [when we will be back].”

The timing of Klopp’s pre-Newcastle press conference, held directly after the draw with West Brom, made any preview of the trip difficult for the manager.

In fact, he admitted: “We can do the press conference here, but I cannot go into detail for the Newcastle game.”

Thiago‘s situation may well have changed in the days between, therefore, but Klopp elaborated the comeback plan for his midfielder, saying “he just has to be part of team training.”

“Thiago did parts of training so far, on Friday he trained the full session but his session was a reduced session. But he could do that,” he continued.

“He just has to be part of team training, it’s not about training one day with the team then you can play football in the Premier League again.

“It looks quite promising, but I cannot say more about it in the moment. I don’t know.

“I think the plan was that he trains [on Monday] completely normal, but we will see.”