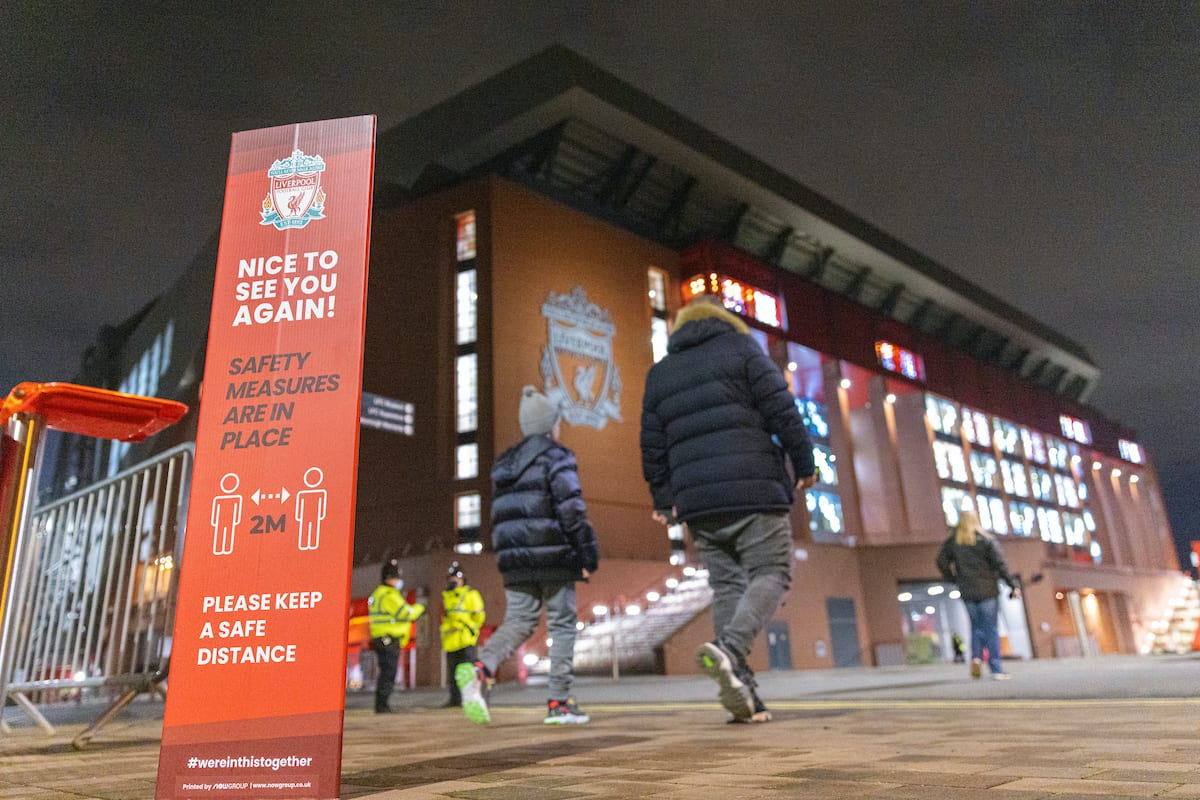 It’s a big one for Liverpool as they host Tottenham this evening with a shot to sit clear at the top of the table with a win. Here’s how you can watch live on TV around the world.

With just a third of the season under the belt, the Reds have an early opportunity to establish a buffer at the top of the Premier League table by clinching a victory in front 2,000 fans at Anfield tonight.

Only goal difference currently separates Liverpool and Tottenham after 12 games and after failing to seize the opportunity to capitalise on the slip up from Jose Mourinho’s side on the weekend, the Reds now have another chance.

Jurgen Klopp will be looking for a much-improved performance than the one which unfolded at Fulham where they escaped with what some considered an undeserved point.

A swift turnaround has ensured there is little time to lament on the result and now all eyes will be on this early table-topping matchup, where the league unbeaten run on home soild could be extended to 66 games.

The match gets underway at 8pm (GMT) – or 3pm in New York, 12pm in Los Angeles, 7am (Thursday) in Sydney, midnight in Dubai and 11pm in Nairobi.

Liverpool vs. Tottenham is being shown live on Amazon Prime in the UK, which is available to live stream here.

Reds fans can get a 30-day free trial for Amazon Prime here, so they can also watch Newcastle vs. Liverpool on December 30.

Liverpool vs. Tottenham is being shown live on NBC Universo in the US, which is available to live stream with FuboTV.

This Is Anfield will also be providing live text commentary throughout on our website and full match reaction and analysis on the This Is Anfield app for iPhone and Android later. Download free here.

Live audio commentary of Liverpool vs. Tottenham and a full match replay and highlights will also be available on LFCTV GO here.

This Is Anfield will also be providing live text commentary throughout on our website and full match reaction and analysis on the This Is Anfield app for iPhone and Android later. Download free here.

Supporters can find the Reds’ latest league game at Anfield on the following channels worldwide:

You can follow all the action tonight and throughout 2020/21 with us by downloading the This is Anfield app for iPhone and Android for free.