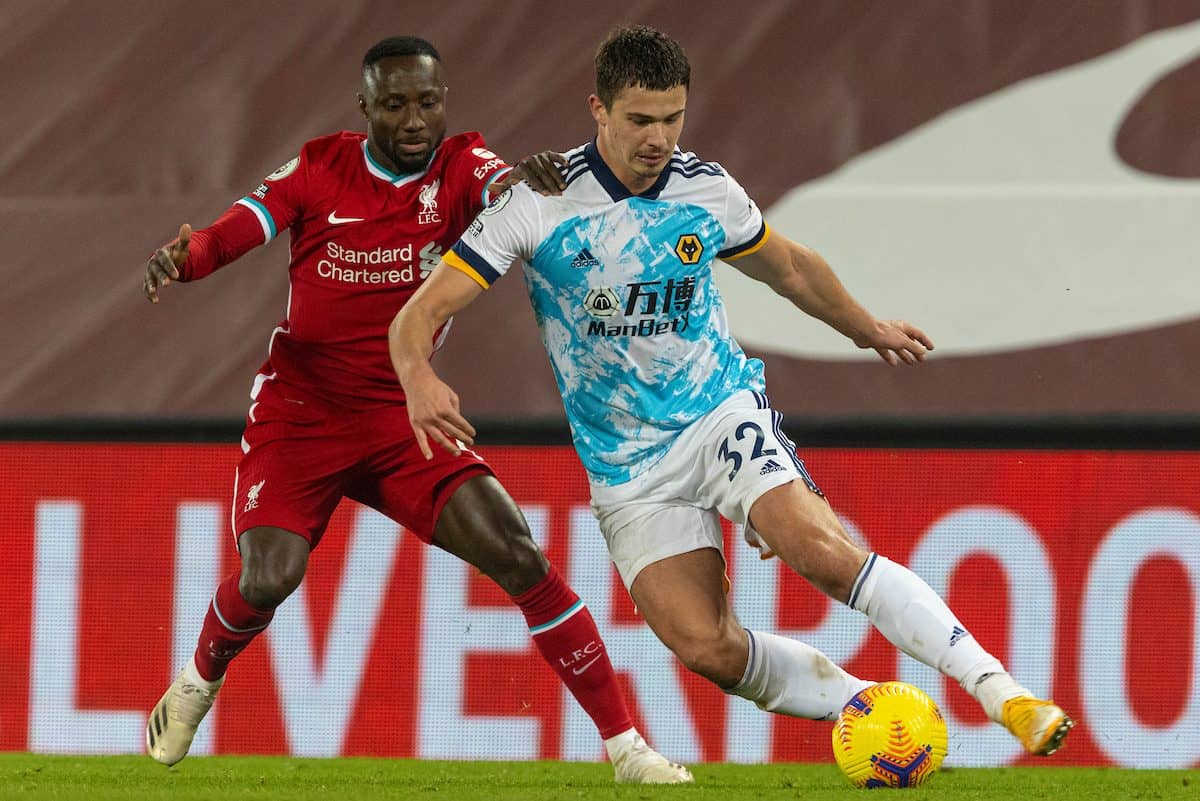 Wolves midfielder Leander Dendoncker claims the “noise” at Anfield during Liverpool’s 4-0 win on Sunday made it feel like there were “at least 15,000” fans, not 2,000.

The Reds welcomed their supporters back for the first time since March, as strict COVID-19 security measures were followed with 1,500 on the Kop and 500 in the Main Stand.

While there could have been concerns ahead of the game over how less than four percent of the stadium’s overall capacity of fans would make themselves heard throughout, these were answered emphatically over the 90 minutes.

Liverpool were roared on by their supporters from before kickoff, with a resounding You’ll Never Walk Alone paving the way for chants and cheers throughout.

After the game, Jurgen Klopp and his players attested to the impact of the fans on their performance, and Wolves‘ Dendoncker believes it made a “huge difference” for the Reds.

“It felt like there were at least 15,000 people in here when you heard the noise they made. They managed to push their team forward,” he told the club’s official website.

“Obviously, it’s way better with the fans and I hope that if the situation allows it and if we can all stay healthy then I hope all the stadiums can be full sometime soon.” 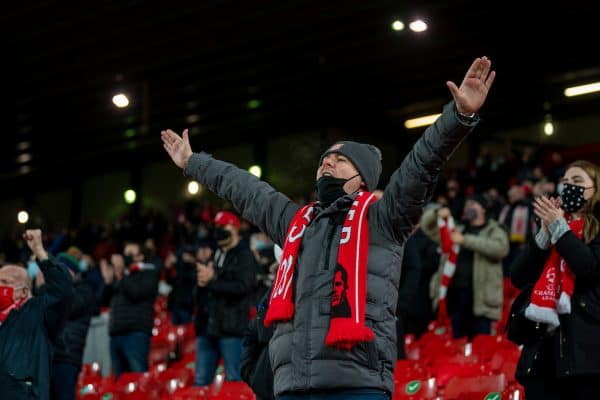 Unlike the Premier League‘s bottom-dwellers, there was no bitterness from Wolves towards Liverpool being able to play in front of their supporters while, with Wolverhampton in Tier 3, they are currently unable to do so at Molineux.

Dendoncker paid tribute to the efficiency of Klopp’s side, praising them for taking “almost every opportunity” while the visitors were unable to capitalise on an end-to-end first half.

“I think we controlled them pretty well in the first half,” the Belgian argued.

“The goalkeeper saved a really good chance from Podence’s effort as well, but I think efficiency was the key.

“We all know Liverpool is a very good team, mostly because they are really efficient.

“Almost every chance and every opportunity ended up as a goal, which we could maybe learn from because in the first half, if we’d have crossed the ball better or given the last ball better, that might have been a goal.

“Then they managed to score just before half-time and in the second half, they began to push a little more and every chance was then a goal.”