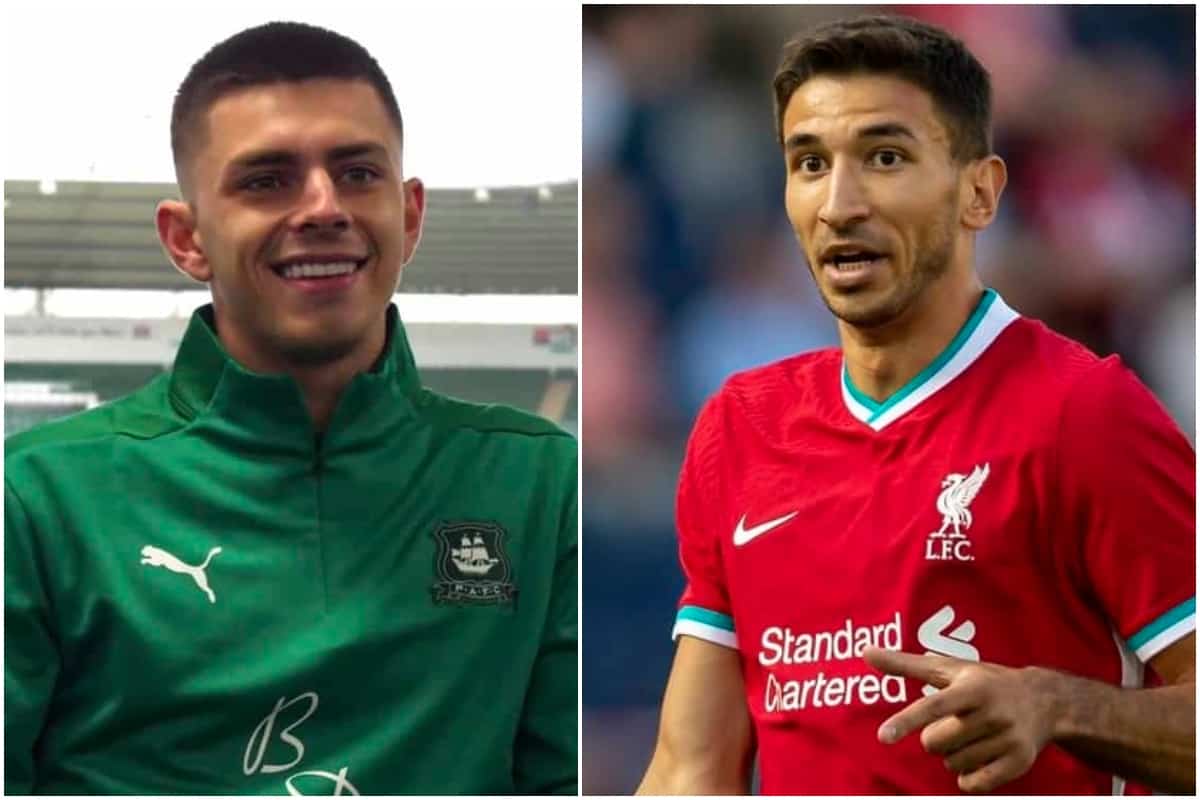 Adam Lewis marked his full debut at Plymouth in memorable fashion with his first goal at senior level as Marko Grujic received a rare 90-minute runout in Portugal.

Merely three days after making his debut for Plymouth in a late cameo and five days on from sealing his latest loan move, Lewis notched his maiden goal in a timely League One win.

The 21-year-old played as a left wing-back against Sunderland in his first start for Ryan Lowe’s side as the suspended Panutche Camara led to a reshuffle – and he seized his opportunity.

In fact, it took just 11 minutes for Lewis to edge his side into the lead as he showed off his awareness to seek out the ball having drifted from the left of the penalty area right into the path of Conor Grant’s low cross by the right upright.

His run went unchecked and a tidy flicked finish left the ‘keeper with no time to react, securing his first professional goal and setting Plymouth up for a 2-1 victory.

“It was a bit of a shock because I don’t score many, but the main thing is we come out of here with the three points,” Lewis said told Plymouth’s official website post-match.

Lewis played 62 minutes before being withdrawn after showing signs of fatigue following a lengthy period without regular football after a disappointing stint with Amiens in France.

Fellow League One loanee in Liam Millar was not able to be on the winning side for the second successive game, however, as Charlton let their early lead slip at Peterborough in a 2-1 loss.

The Canada international, who was named in League One’s team of the week for the weekend’s fixtures, was in the XI for the fourth game in a row but experienced a relatively quiet evening.

The 21-year-old battled hard throughout but struggled to find a way through the division’s fourth-best defensive outfit, playing 79 minutes before his withdrawal.

The taste of defeat also came the way of Marko Grujic‘s Porto, who suffered a heartbreaking defeat at the hands of Sporting CP, home of ex-Red Sebastian Coates, in the Portuguese League Cup.

The outing represented a rare start and 90-minute outing for the midfielder, where he played in a double-pivot alongside Mateus Uribe.

A cagey affair ensued and the deadlock was only broken with 10 minutes left on the clock, with Porto edging into the lead thanks to Moussa Marega where a place in the final beckoned.

But an eight-minute brace from Sporting’s Jovane Cabral at the death snatched victory from Porto’s grasp to lead to a 2-1 defeat for Grujic’s side, where the Reds was a physical presence and also had a number of attempts on goal without success.

And, finally, Harvey Elliott saw Blackburn’s game against Swansea postponed on Tuesday due to a waterlogged pitch.