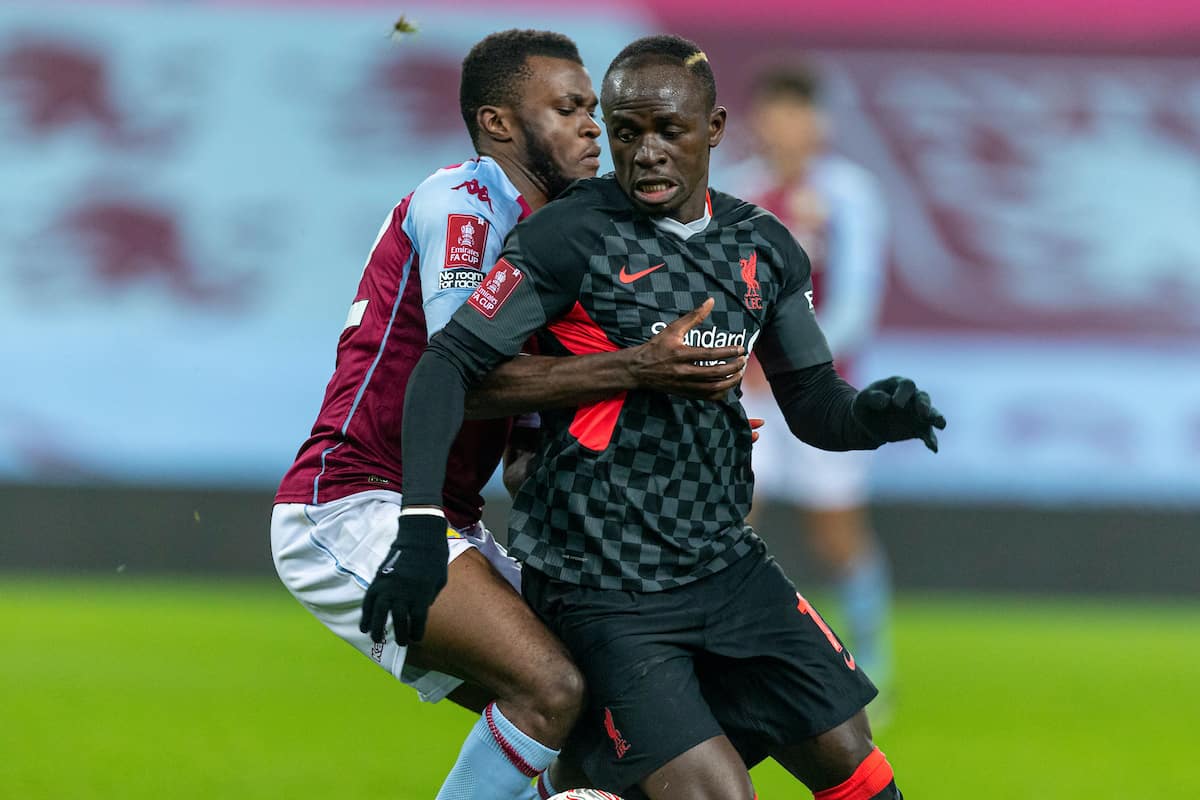 There weren’t too many star performers for Liverpool against Aston Villa‘s youngsters, as the Reds won 4-1 in the FA Cup third round.

Jurgen Klopp‘s side were in a lose-lose situation at Villa Park, with the hosts forced to field a youth team after COVID-19 impacted on their first-team squad.

Sadio Mane headed Liverpool into an early lead, but the Premier League champions were stunned when Louie Barry equalised before half-time.

Klopp’s men were much improved after the break, helped hugely by the introduction of Thiago, with Gini Wijnaldum making it 2-1, Mane scoring a second of the night and Mohamed Salah also finding the net.

Here we compare our player ratings with those from the Liverpool Echo, the Daily Express, FotMob and the TIA readers. 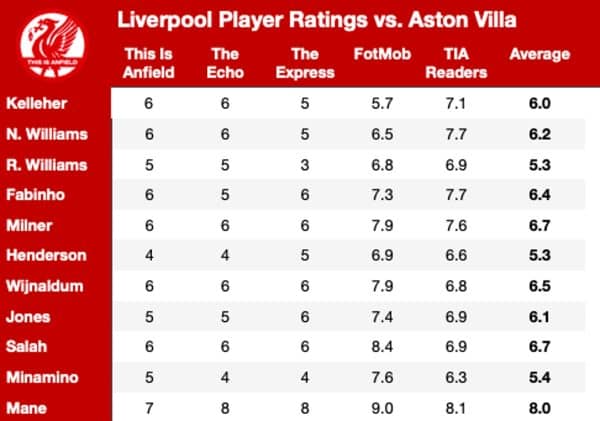 It was Mane (8.0) who was deemed Liverpool’s best player in the average ratings, as he bagged a brace at Villa Park.

The Senegalese may not have been at his world-class best, but his pace and physicality made him a constant threat in a more central role.

The Echo‘s Ian Doyle felt Mane was “the only Liverpool starter to do himself justice throughout,” with too many below par in the first half.

Salah (6.7) and James Milner (6.7) were in joint-second place, showing their experience and quality against younger opponents.

TIA’s Henry Jackson thought Salah “improved greatly in his application after the interval,” following a frustrating first half.

Ben Husband of the Express claimed the Egyptian King “turned on the style” as the minutes passed, as well as saying the evergreen Milner was “constantly in attacking areas and looking to get balls in the box.”

Wijnaldum (6.5) was up next, with Doyle of the opinion that he was one of many who “improved” as the game went on, not to mention taking his goal well.

Thiago was fantastic when he came on, and while there was no average rating for him, Jackson said he was “outrageously good” and “sped up the tempo of Liverpool’s play.”

The Spaniard came on for Jordan Henderson (5.3), who got the joint-worst average with Rhys Williams (5.3).

The captain is “looking like a player out of form,” according to Jackson, and Doyle described his display as “dire.”

Liverpool now have an eight-day break before the visit of Man United on January 17 – one of the biggest games of the season so far.