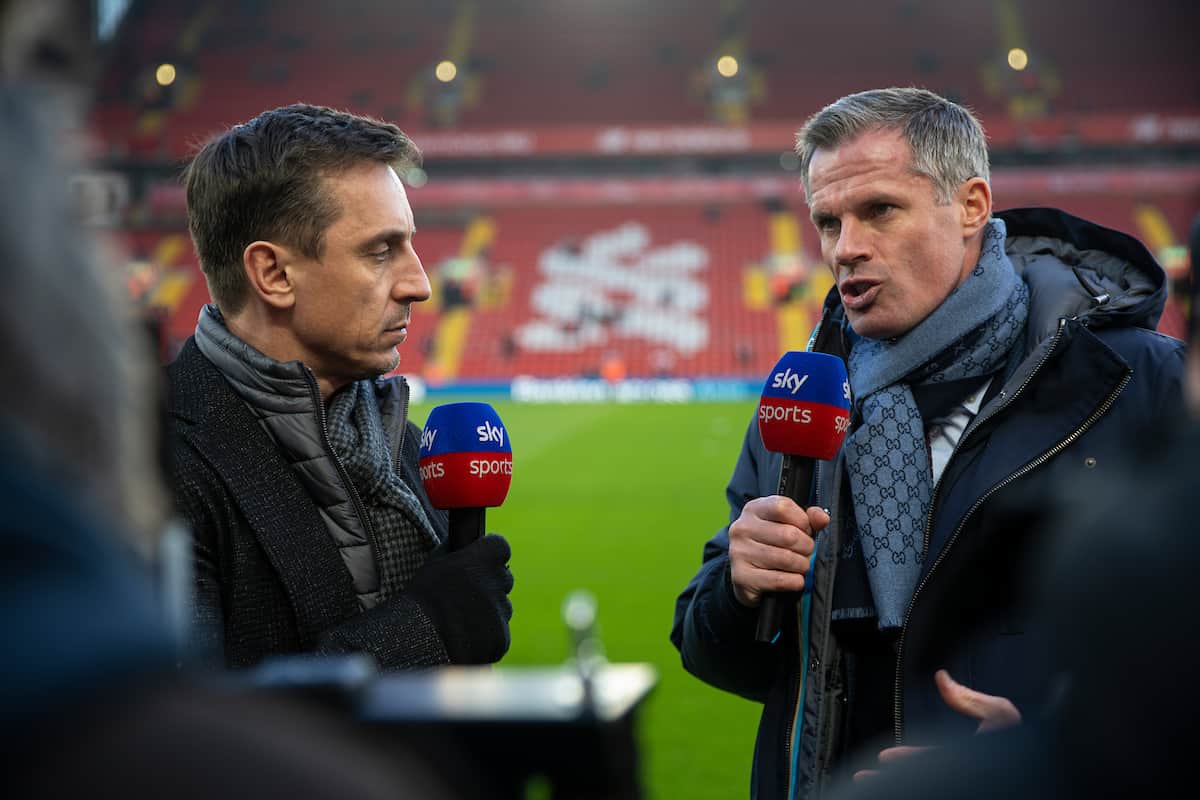 Jamie Carragher has fuelled a popular argument that Liverpool will not have the quality to win the Premier League title without signing a new centre-back this month.

The resulting 1-0 loss to Southampton was arguably the fault of neither makeshift defender, but the continued uncertainty at the back is undoubtedly a factor behind a frustrating run of form this season.

Blame cannot solely be apportioned to Klopp, of course, with injuries to Virgil van Dijk, Joe Gomez and Joel Matip out of his hands, but with the January transfer window now open, there is an opportunity to address the need for another accomplished option.

“The results they’ve had of late is nothing to do with them defensively, they’re not conceding goals left, right and centre,” the ex-Liverpool defender told Sky Sports after the game.

“But when you go into games, it’s almost like when you’ve got a ‘keeper that you don’t fully trust, everyone’s a little bit…you’re always on edge, you’re always thinking something could happen.

“I think the fact they played Jordan Henderson tonight at centre-back, it’s not going to do a lot for the two lads on the bench, confidence-wise.

“So if he goes back to them, how do they feel if there’s two midfield players playing there? That tells me that they’re not going to be feeling great if they go back in.

“Jordan Henderson is not a centre-back. He found it tough today, he did OK – he did well, considering it’s not his position.

“I said before the game, [Southampton] would be delighted when the teamsheet comes in, you would be.

“But for me, I can’t see Liverpool winning the league if they don’t bring a centre-back in – I said that on the back of the Everton game, with Van Dijk, I thought it would be very difficult.