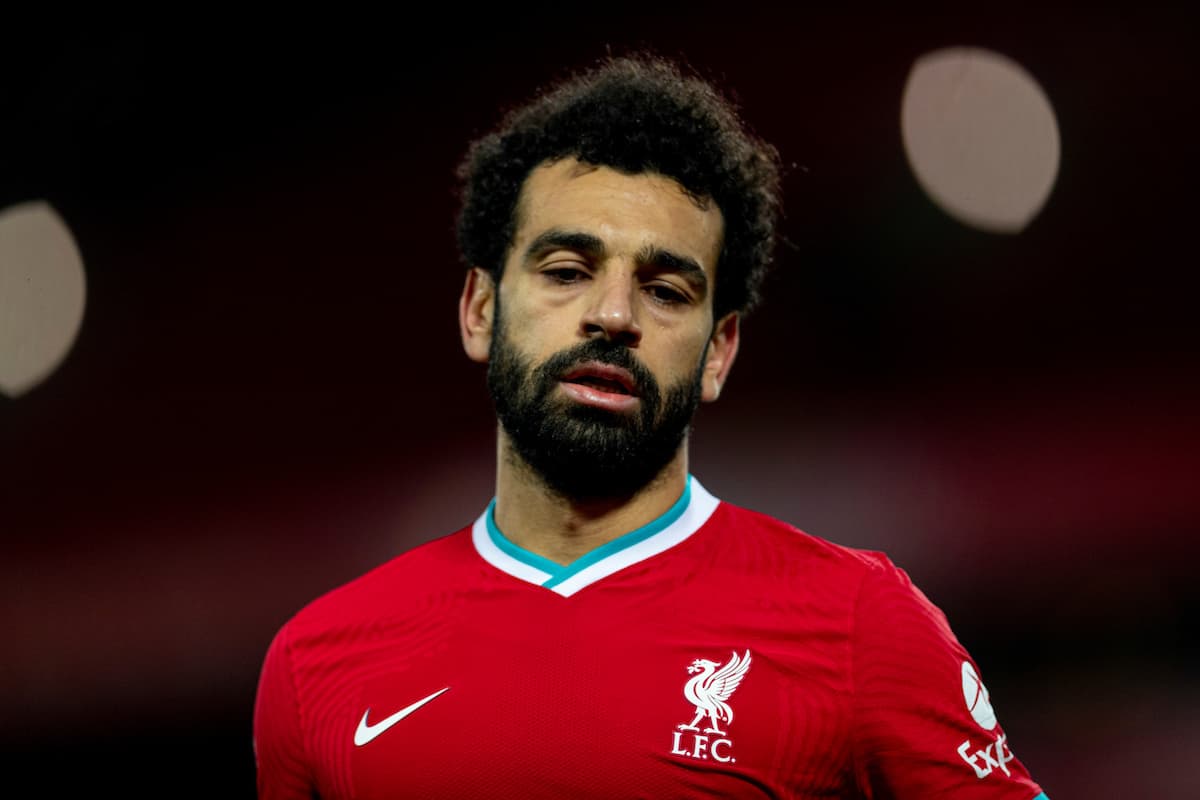 Jurgen Klopp has made five changes to his side for this evening’s FA Cup fourth-round clash with Man United, with Mo Salah among those to return to the side.

The Reds have been given a reprieve from their frustrating Premier League run for another outing in the FA Cup, but today’s tie is far removed from last time out at Aston Villa.

Whereas at Villa Park they took on a squad comprised of academy players, this time around Liverpool take on their arch-rivals for the second time in a week, with United standing in the way of a place in the fifth round.

Following the 1-0 humbling at home to Burnley in midweek, Klopp has again rotated but in doing so has restored many of his key names to the starting lineup.

Surprisingly, Alisson keeps his place, with Caoimhin Kelleher on the bench despite his regular duty as the Reds’ cup goalkeeper.

Trent Alexander-Arnold, Rhys Williams, Fabinho and Andy Robertson make up Klopp’s back line, with Thiago likely to shield them in the No. 6 role.

Joining Thiago in the middle of the park are James Milner and Gini Wijnaldum, while Mohamed Salah, Curtis Jones and Roberto Firmino line up in attack.

Sadio Mane, Takumi Minamino and Xherdan Shaqiri are all on the substitutes’ bench, giving the manager the option to change the game if required.

There is no sign of Joel Matip in the extended 20-man squad, with the hope being he is simply being rested ahead of Thursday’s Premier League clash with Tottenham.

Ole Gunnar Solskjaer has also made five changes, with Donny van de Beek making only his 10th start of the season. 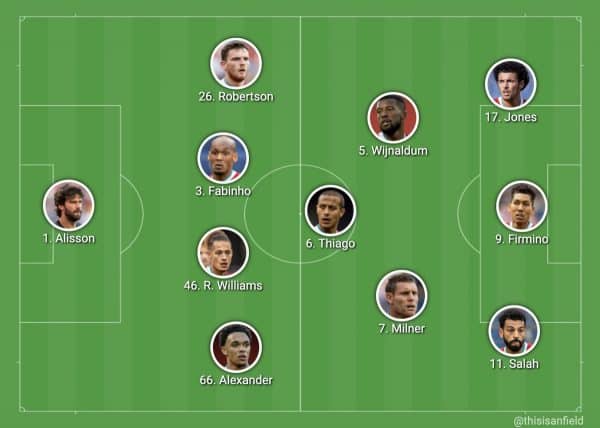