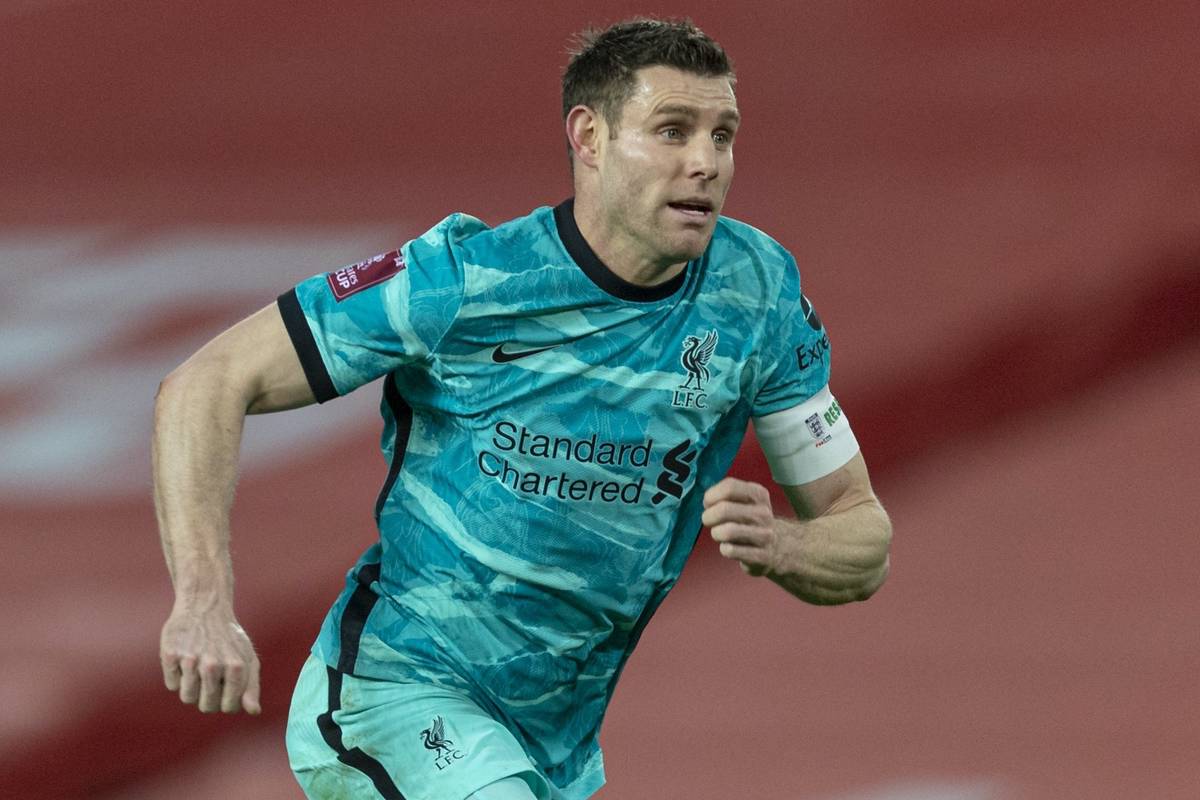 Liverpool definitely put in an improved showing against Man United in the FA Cup, but there’s still a way to go to rediscover top, and more importantly winning, form.

The Reds have struggled significantly in 2021, with a rotating cast in defence not making it easy to find consistency in possession or organisation, while it has also impacted our build-up play.

In addition, the forward line has gone through a huge dip in form at the same time, while the supply line from Trent Alexander-Arnold and Andy Robertson has suffered too – a perfect storm leaving the Reds with only one win in seven.

Despite that, the game at Old Trafford showed a few steps forward, not least of all the fact of scoring twice – the first time it had happened since Palace, excluding the game against Villa’s kids.

Key to the second goal was James Milner, who was aggressive in driving forward and clever in producing a dummy, allowing Mo Salah to bury his shot and equalise.

The vice-captain saw the positives in the performance, but wasn’t hiding the disappointment at either losing to a rival or exiting the cup and the chance of silverware.

No second chances in knockout football. Gutted we didn’t get the job done. Have to look forward now, a job to do on Thursday #YNWA pic.twitter.com/RMiZur72E9

“I think the boys can be proud of how they played. Disappointed to give away the goals we did, which could have been stopped, but we reacted better today to disappointments in the game, better than we have done in recent games, and I think that’s a positive for us going forward,” he said to Sony.

“[When you’re] winning game after game – at times maybe when we didn’t deserve to win – and things are going your way, everything is easy.

“And obviously when results aren’t going your way, things that went your way before don’t seem to. That’s what we have to keep pushing, keep working hard, reacting the right way to disappointments.”

As well as the reaction during the match, which saw the Reds equalise after falling behind soon after the second-half restart, Milner pointed out the vast improvement in chance-creation. 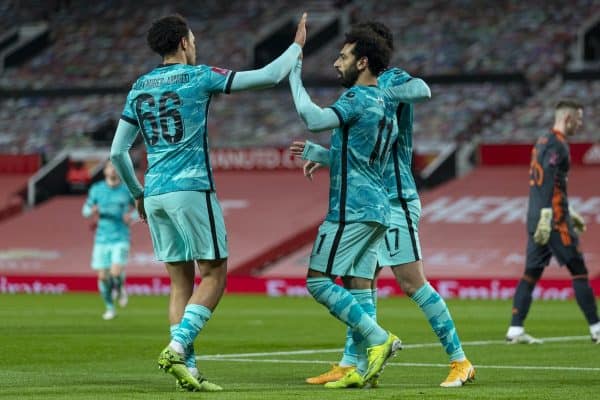 That has been a real issue for the Reds of late and having a clinical edge will be key in a tough upcoming spell.

“I think the boys did well today; they worked hard up front, created some good chances and I thought some of the play in the final third was a lot better today, we carved out some good chances.

“Ultimately today is a cup game, but hopefully it’s the first step of us getting back on a good run.”

It’s Spurs up next for the Reds and a massive game for not just points and confidence, but also the top-four battle which we’re now in. Then it’s away to West Ham, another team in-form and flying high.

Liverpool might be out of the cup, but the return to scoring form and the associated positives might just have come in time to lift the Reds’ league form.