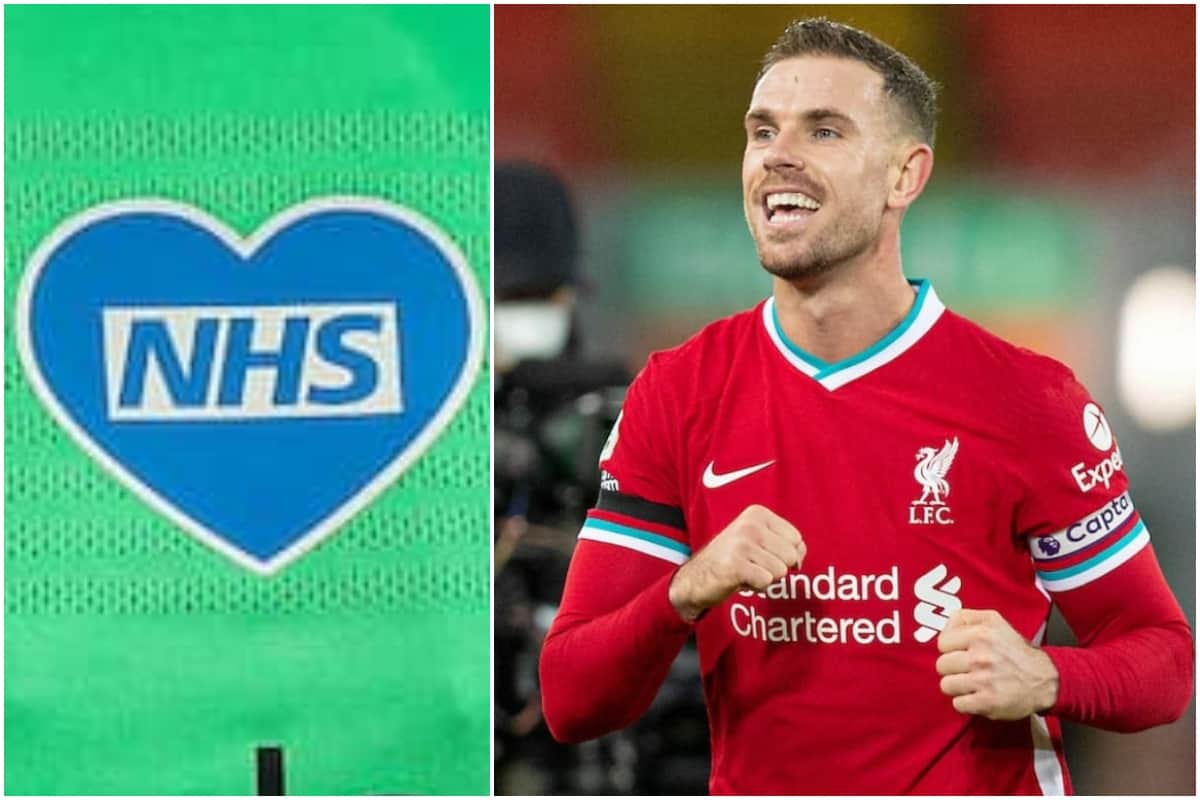 Jordan Henderson has spoken of how being named a Champion for NHS charities “means an awful lot” as he sent a message of gratitude to front-line workers.

The Liverpool captain has been at the heart of a number of incredible initiatives which have raised valuable funds for the NHS Charities Together group since the start of the pandemic.

Henderson was a key instigator in the ‘Players Together’ scheme and a myriad of other initiatives which looked to assist those on the NHS’ front-line and their patients.

He is not one to seek the spotlight for such acts but the reciprocated appreciation for his work has ensured he has not gone unnoticed, as exemplified by being named runner-up in the BBC Sports Personality of the Year and now as the first Champion for NHS charities.

With a cousin working in the NHS, Henderson’s family connection to working throughout the pandemic has offered a first-hand perspective on the challenges and struggles.

And now Henderson will take up a closer role working with those he has sought to assist for nearly a year as an ambassador, which comes as a great source of pride.

“It’s a huge honour for me to be asked to do it, to support the NHS, especially at this time,” Henderson told BBC Breakfast.

“If I can help in any way and support them in any way, that’s the least I can do really, so it means an awful lot to me and my family as well.”

And with a historic vaccine programme underway in the UK, Henderson sent a heartfelt message of support and thanks for all those working in the NHS seeking to keep everyone safe.

“They’ve got the support of everybody across the UK and obviously we’re right behind them,” he said. “We thank them for everything that they’re doing and have done for us over the past year.

“Everybody will worry [for the health of those in NHS]. You never expect something like this to happen.

“For the NHS that is dealing with a situation that it is now, but it’s also afterwards when things do return to normal and what they may suffer mentally and we can’t let that happen because of the work they’ve been doing for everyone.

“I’m sure a lot of us look up to them, I certainly do, an incredible job they’re doing and I don’t think I could do it. And the least I can do is try and support them as much as possible.

“Everyone needs to try and protect them as much as possible over the next few months.”