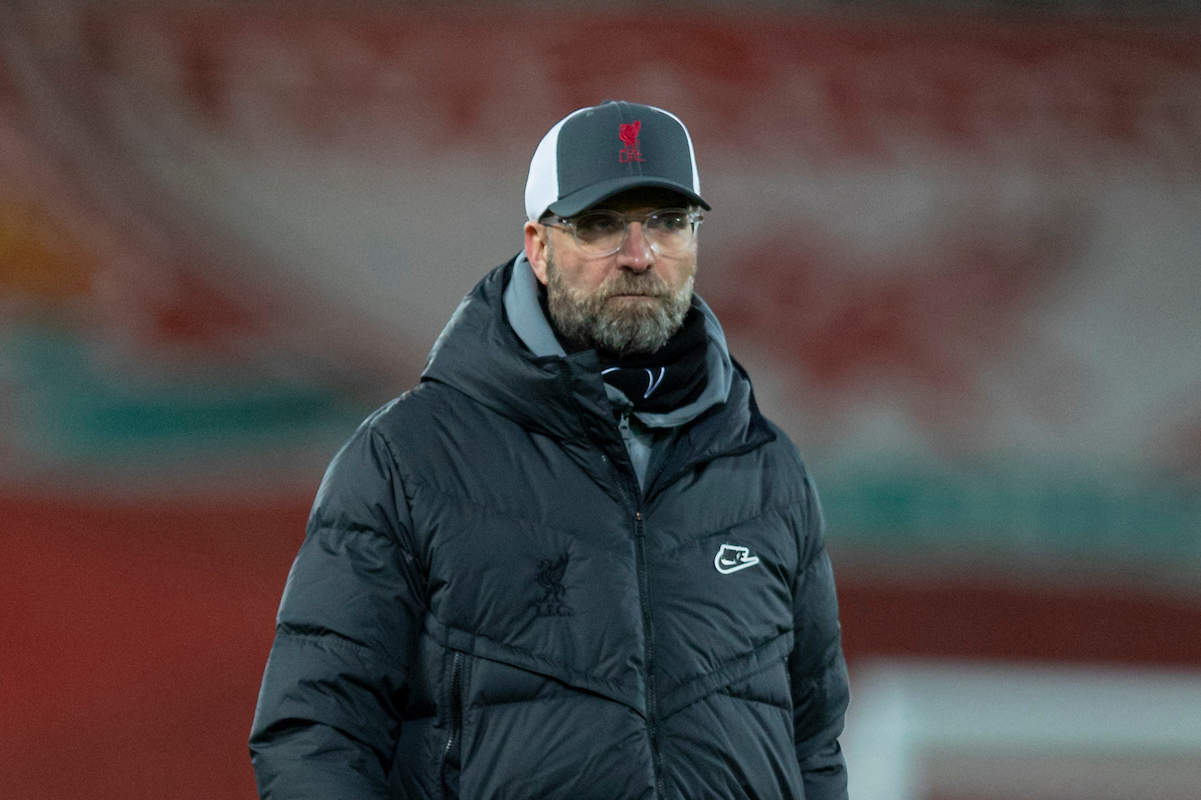 Liverpool boss Jurgen Klopp raised a few eyebrows on Thursday night when he commented that transfers were out of his hands – and has sought to explain the Reds’ transfer process.

Lost in translation or over-egged for impact, the result was the same: the boss saying “these decisions are not my decisions” led to an assumption that he wants players and isn’t being given them.

The scope for causing mischief and hinting at internal mayhem here is obvious, so when probed for clarification on the comment ahead of the Man United FA Cup clash, the boss was happy to lay out precisely what he meant.

And that is, it’s literally not his job to sign the chequebooks, with that responsibility lying with those higher up in the club hierarchy, such as sporting director Michael Edwards and CEO Billy Hogan.

“Of course someone else is making the decision, it’s always like this,” he said.

“The situation we have is we discuss on a daily basis, that’s our job, and we think about ‘could we improve something’ or not.

“I make recommendations but I cannot spend the money. That’s not how it is. That’s what I mean by ‘I don’t make these decisions’ – and I never did.”

Having worked largely in club structures where someone else in the hierarchy is always responsible for the end result of actually going out and negotiating, spending and confirming transfers, it came as a bit of a surprise to the boss that anyone genuinely thought he was being restricted.

“Exactly [it’s someone else’s role] – is that news?! I don’t want to confuse anybody, hopefully that clarifies it now.”

While Klopp’s explanation is both plausible and truthful, a couple of points still bear note here.

Firstly, it’s very likely he wants to sign at the very least a defender this window, and matters beyond his – or indeed the club’s – control are preventing that happening.

And secondly, it is understandable that there might have been questions over whether he was being told ‘no’ for other reasons, as Klopp’s influence at Liverpool is far greater than several of his recent predecessors and of many of his fellow Premier League managers.

Now it’s clear, though: it’s just not Klopp’s job to spend the money.