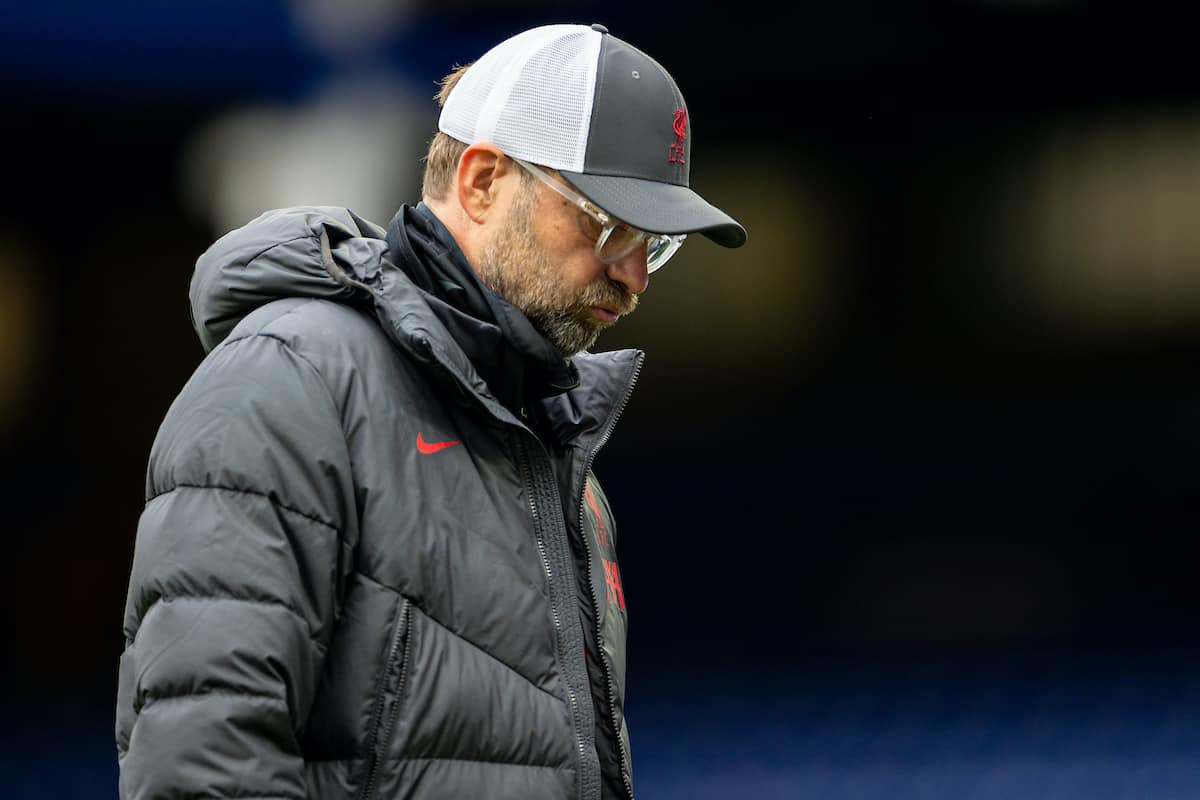 Liverpool manager Jurgen Klopp hopes his side have hit their lowest point and can now start to bounce back.

The Reds boss insists his players have not “changed overnight” despite the defeat to Burnley ending a 68-match unbeaten home league run after a fourth successive game without a goal.

Their challenge only gets harder with an FA Cup trip to Manchester United, but Klopp wants to believe they have reached their nadir and can start to climb out of the slump.

“We lost that game and it was a really low point. It’s not that I thought, ‘who cares?’,” he said.

“When I think back I can’t find a reason why we lost that game but we lost it. It happened and sometimes you need a really low point to change things properly and that’s for sure [what] we will go for now.

“If we would have won in a bad game the world would have said, ‘OK, it’s not the football they usually play but they are back on the result path’, but in the long term it would not help.

“It can be a real help if we use it. I can imagine what a lot of people think about us in the moment.

“But people don’t change overnight. People sometimes face challenges they are not immediately ready for and sometimes you don’t even know a challenge will come up.

“But this is a challenge didn’t want to have. Was it absolutely impossible it could happen? No, especially in the situation we are.

“[The players] are still brilliant people and brilliant characters, all of them.

“All of them made happen what happened in the last few years and they don’t change overnight. It is still a really good group.”

Forward Mohamed Salah was on the bench for the first hour of the Burnley defeat but will be unleashed against United as the Premier League’s leading goalscorer looks to improve a run of one goal – against Aston Villa’s youth team in the previous round – in six matches.

In an interview published in Spain just before Christmas the Egypt international spoke about his disappointment over not being made captain for the Champions League dead rubber against Midtjylland, while also expressing his admiration for Real Madrid and Barcelona.

It has been widely viewed as a negotiating tactic to get an improvement on a contract which does not expire until 2023 but, as a result, he is asked about his future in every media interview he now gives.

Klopp insists that speculation is not a distraction for the player or the team.

“That’s a normal thing in the world of football. He didn’t have a speech, it is not that we go out and talk about things which are important, it is pretty rare that happens,” he said.

“We get asked questions and then we answer. It always sounds like we started the conversation but in most cases it is not like that.

“I don’t think it will distract the season.”