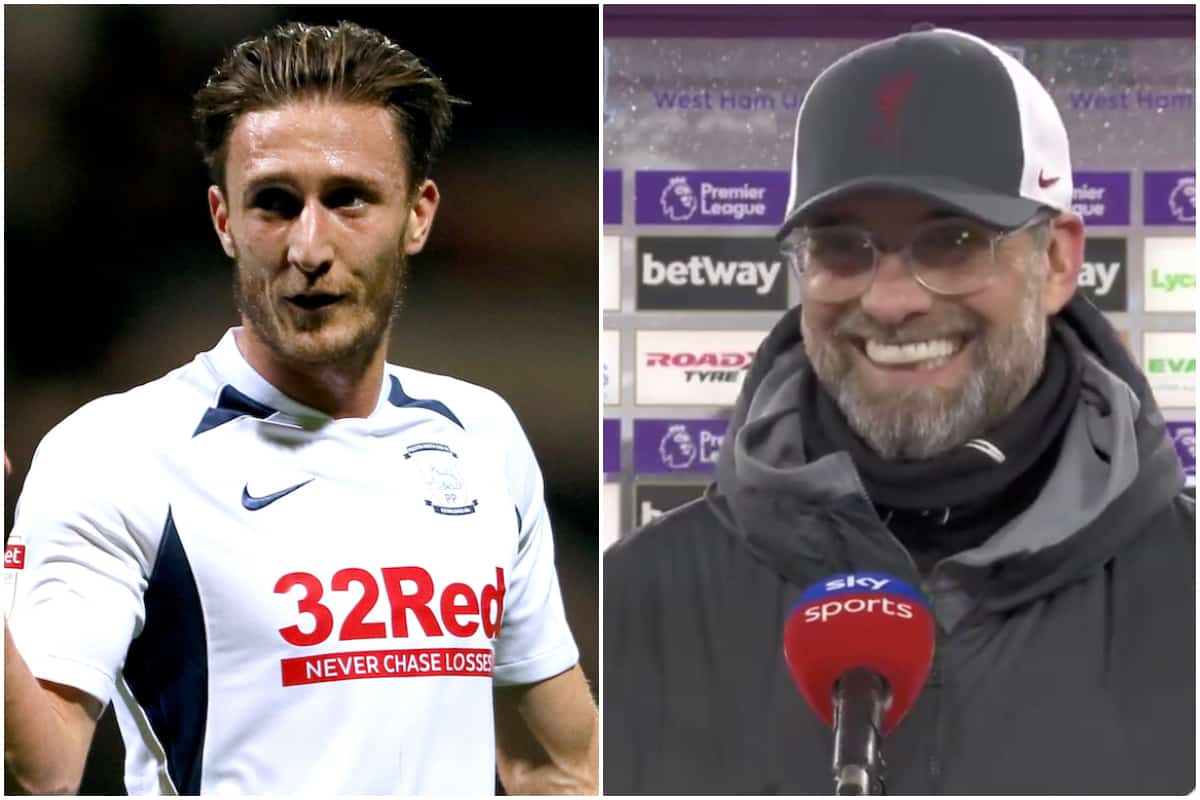 Jurgen Klopp has insisted there is “nothing to say” about rumours linking Liverpool with Preston centre-back Ben Davies, despite a £2 million deal widely reported.

The Reds’ search for a last-minute centre-back signing appears to have landed on Davies, who is in the final six months of his contract with Championship side Preston.

While not the blockbuster arrival many supporters were hoping for, it is much more realistic as Liverpool look to bolster their ranks in the final hours of the transfer window.

A deal is not complete, of course, but it has been reported that the 25-year-old is likely to join Klopp’s squad ahead of the transfer deadline at 11pm on Monday.

Naturally, the manager was questioned on speculation in his interview with Sky Sports after Sunday’s 3-1 win at West Ham, and naturally, he refused to comment.

Instead, Klopp began by jokingly asking if reporter Patrick Davison was referring to the Tottenham left-back, before saying there is “nothing to say about it.”

“I say it all the time, in our situation it makes sense [to sign a centre-back],” he said.

“[But] Nat Phillips played a decent game, James Milner shouted at Hendo ‘you better be careful, because if you keep playing like this, you’ll be centre-back for the rest of your career’.

“Our eyes are always open, and we try to fix our situation. If we can do it, I don’t know. If not, we play like tonight.

“If it’s not a problem, it’s only a problem if something else happens – then we become a little bit short, that’s true.”