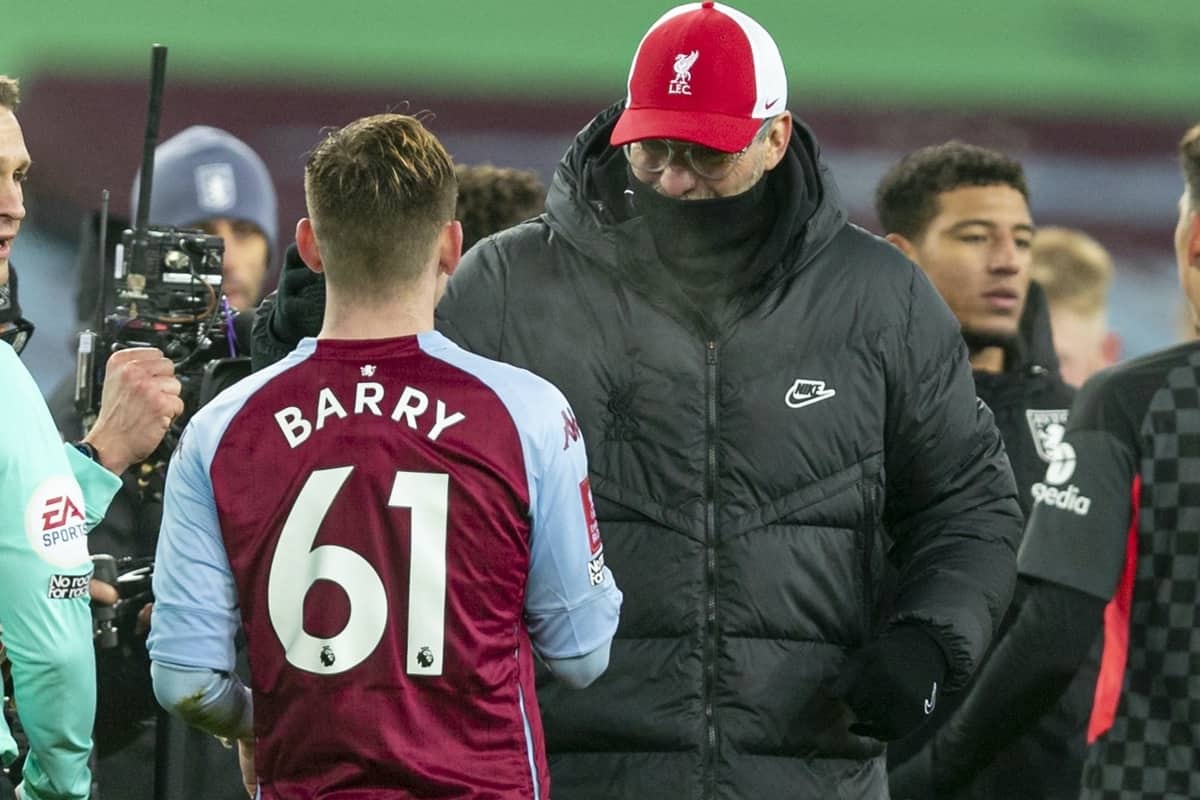 Jurgen Klopp was left impressed by the Aston Villa youth players who created a few headaches for his side in the FA Cup, including their goalscorer Louie Barry.

In a role reversal from the League Cup meeting back in 2019, Villa were the ones this time to send out a team of youth players after the first team suffered an outbreak of COVID-19.

The team had an average age of 18 years and 294 days and none of the XI had yet made their debut for the first-team before Friday, with five of those not even born when James Milner made his debut in the competition in 2003.

It all made for the expectation that Liverpool would comfortably dispatch the opposition, but it was anything but as dominance in possession struggled to be converted into goals and meaningful chances – primarily in the first 45 minutes.

Sadio Mane opened the scoring and added another in the second half in before strikes from Mohamed Salah and Gini Wijnaldum were added to the tally for a 4-1 win.

But the blemish on the scoreline was not in the plans, with 17-year-old and ex-Barcelona academy member Barry the one responsible thanks to a turn of pace and composed finish.

It left Klopp handing him a top compliment post-game with a comparison to one of the Premier League‘s leading strikers as the boss commended the display from the young hosts. 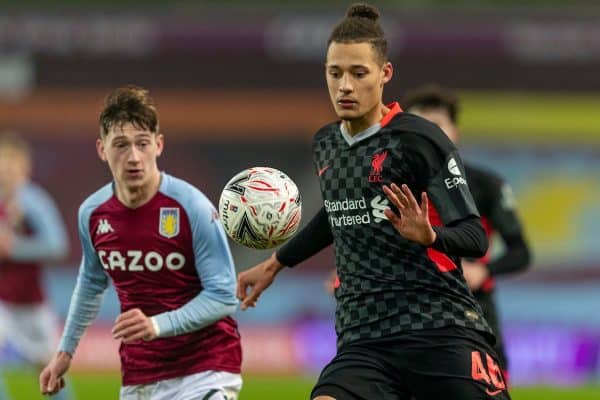 They created a handful of problems as they proved stubborn to break down in the early stages despite Liverpool’s dominance on the ball.

But half-time provided a chance to reset and it became smoother and more efficient for the Reds, and there remains plenty of space for improvement in regards to making better use of the ball.

“We had football problems. We needed a little bit longer but we knew we could solve them at half-time and when we came out all the movements looked much more clear,” Klopp added.

“We sorted the football problems with football solutions and won the game then comfortably.

“By the end, 1-1 at half-time is not exactly what you wish for and second half it looked much better.

“That’s football, it won’t be the first time it happens to us and of course it will be a challenge to have the ball all the time but you have to do better stuff with it.

“We know that and we did in the second half so it’s fine.”

A rare and valuable training week now awaits for Liverpool, with “a lot of 11 vs. 11 games” scheduled as a mini pre-season ahead of the second half of the season which starts against Man United.