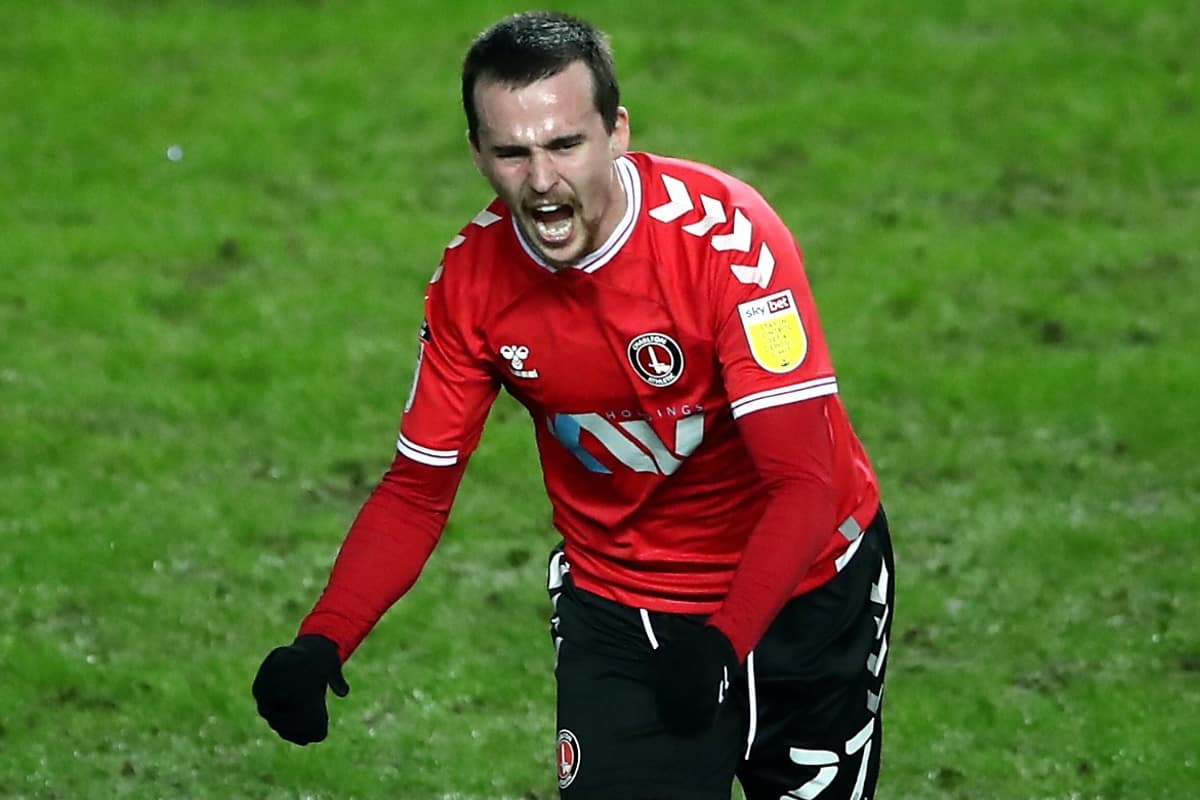 Liam Millar scored the first goal of his impressive start on loan at Charlton on Tuesday night, while Marko Grujic made his second consecutive start of a quiet spell at Porto.

Millar was forced to wait longer than he may have hoped to follow up on his 36-game stint at Kilmarnock, with a year back in the Reds’ academy ending with the captaincy.

Given the platform to perform by Lee Bowyer at Charlton, the 21-year-old has taken his opportunity with gusto, starting all six League One games since his switch to the London club.

The weekend saw him record his first assist – a sumptuous curled ball to the back post for Chuks Aneke in a 2-2 draw with Swindon – and the Addicks’ midweek trip to MK Dons saw him score his first goal.

Drifting inside from his position on the left flank, Millar picked up Conor Washington’s teasing cross and, after one touch, fired it beyond Andy Fisher and in.

Both sides had chances to add to the scoresheet, but the visitors dug in and defended well for a 1-0 victory, with the Liverpool loanee’s strike proving decisive.

Millar was lively throughout, with the most touches (50) of any Charlton player, along with the most shots (three; two on target), dribbles (two), the second-most tackles (four) and the most interceptions (six).

“I’ve got Liam Millar, in the 88th minute, defending a cross at the far post outstandingly, like a seasoned full-back. Then, the next second, he’s sprinting up the other end,” Bowyer enthused after the game.

“He was outstanding tonight. If it was on a better pitch, he sets up Ronnie [Schwartz] as well for a tap-in. It takes a bobble as he goes to cross it to Ronnie and it’s unlucky. I thought he was good.”

It has been a perfect introduction to League One for Millar, then, and with Portsmouth to come on Saturday – pitting the league’s fifth and sixth-placed sides against each other – he will be looking to build on this at the Valley.

Elsewhere, Grujic is enjoying a rare run in the starting lineup at Porto, and played the most minutes of any Liga NOS appearance this season so far in Monday’s 1-0 win at Farense.

His chance has come due to a positive test for COVID-19 from regular starting midfielder Sergio Oliveira, which has seen Grujic partner Mateus Uribe against both Farense and, last week, Sporting CP.

The Serbian caught the eye against Farense, too, with the second-most key passes (three) and the most aerial duels won (seven), in an all-action midfield showing.

Whether he will be retained upon the return of Oliveira is unlikely, but Grujic may have done enough to convince Sergio Conceicao he is worthy of a more prominent role.

Millar and Grujic are the only Liverpool loanees to be in action so far this week, with Adam Lewis absent from Plymouth’s 2-0 victory over Swindon due to an ankle injury picked up in his goalscoring full debut against Sunderland last week.

Harry Wilson and Sheyi Ojo could play on Wednesday night, however, with Cardiff set for their first game under new manager Mick McCarthy, away to Barnsley.