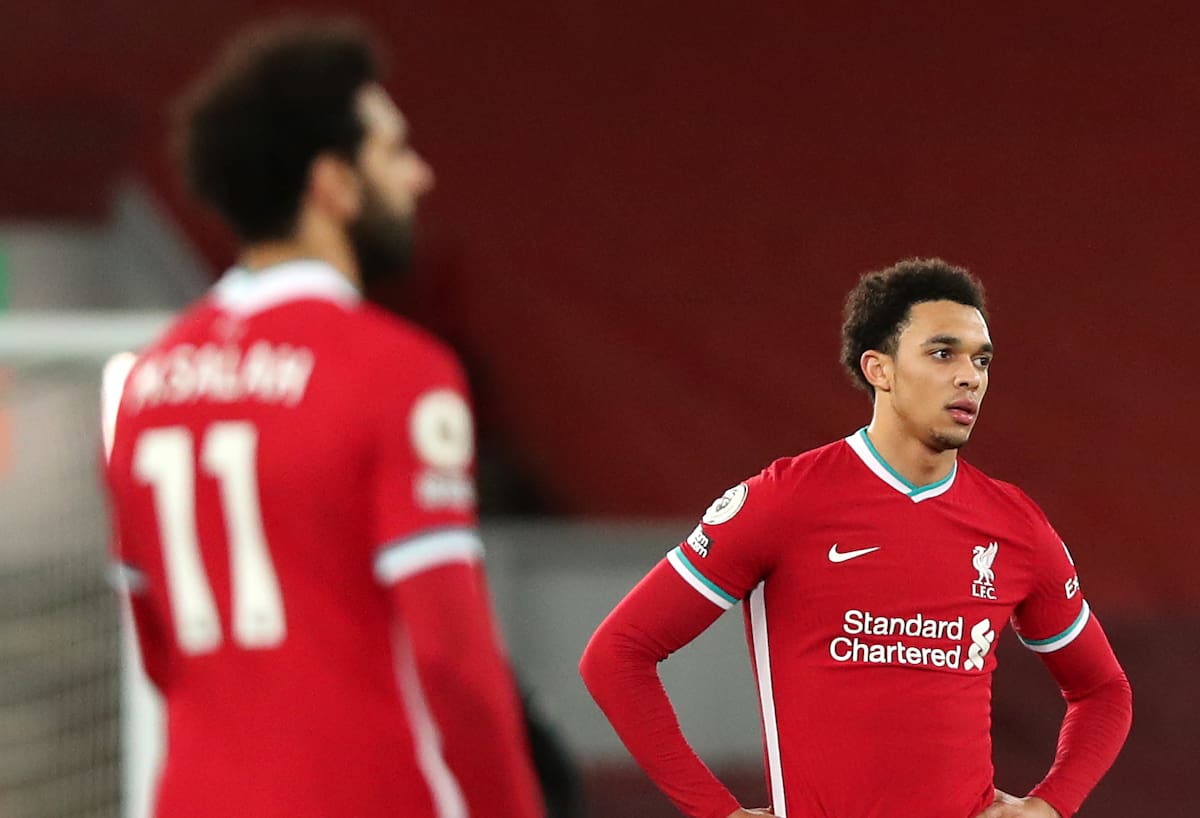 In dire need of a Premier League win – and a first league goal of 2021, Jurgen Klopp rang the changes for the visit of Burnley, with Mohamed Salah and Roberto Firmino among those to drop out as Alex Oxlade-Chamberlain and Divock Origi started.

Origi led the line, looking to keep the Clarets’ centre-backs busy, while the likes of Oxlade-Chamberlain, Sadio Mane and Xherdan Shaqiri buzzed around him, with the Swiss going close with a long-range effort just after the 20-minute mark.

Burnley pumped diagonal ball after diagonal ball over the top of the Liverpool defence, with Fabinho and the returning Joel Matip occupied by Barnes and Chris Wood, who troubled Alisson early on.

Nick Pope was busy but rarely tested, with Origi attempting a number of potshots at the England international’s goal, but the No. 27 was handed a huge opportunity from Ben Mee’s backpass, only to strike the crossbar with his finish when one-on-one.

A poor first half was summed up on the stroke of half-time, with a scuffed free-kick routine ending up with Trent Alexander-Arnold blasting high and wide of the goal, in a move symptomatic of his and Liverpool’s dismal recent form.

The Reds picked up where they left off, as has been the case during their dominant but stunted run, and Alexander-Arnold came close to beating Pope early on with an improvised left-footed effort.

Just 12 minutes had passed in the second half before Origi and the worryingly off-colour Oxlade-Chamberlain were withdrawn as Salah and Firmino were thrown back into the fray.

Salah drew a brilliant save from Pope soon after, with captain Gini Wijnaldum‘s bursting run from deep feeding the No. 11 for a drive that forced Burnley‘s goalkeeper into a fine stop on the stretch.

Liverpool began to press higher and more intelligently, winning the ball in dangerous areas, but so often there was a lack of quality in the end product, with Alexander-Arnold wasting crosses and Firmino skewing shots.

Then Alisson brought down Barnes, Barnes stepped up, and fired in a penalty to heap even more misery onto Liverpool.

Liverpool’s first Anfield league defeat since April 2017, and worst goal drought since May 2000, now going 438 minutes without scoring in the Premier League.