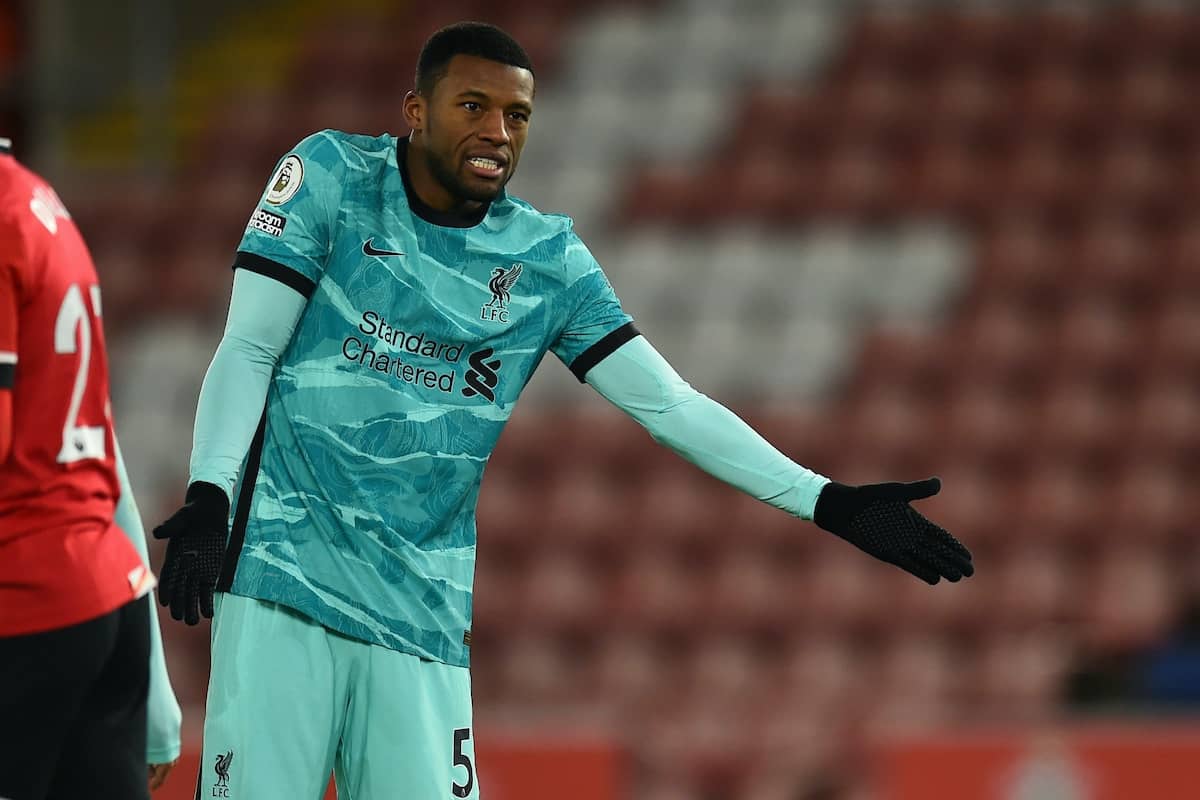 Liverpool need to shake off the ice shackles of the festive period and regain their focus on only the challenge immediately ahead in a season where the playing field is starting to level.

Did we overdo it at Christmas or something?

Two points from a possible nine since we rattled seven past Crystal Palace a fortnight or so ago. We’ve been sluggish ever since the trip to Selhurst Park.

Form is temporary, class is permanent as the old saying goes. Problem is, for the last three years we’ve largely enjoyed the form that befits our class. While a glorious and silver laden thing, it just means the bumps in the road feel much more pronounced when encountered.

As much as a team can play themselves into believing they are bulletproof, they never truly are, and the wave they ride can come crashing down; free-wheeling football isn’t immune to a stick being thrust between the spokes.

It’s all about dusting yourself down, straightening those crooked handlebars and getting back to full pelt as soon as possible; it’s all about climbing back on to that chipped surfboard and catching the next big wave.

It isn’t the occasional loss that unseats a team at the top, it’s negligence and fear. Taking your eye off the bigger picture, failing to evolve as a team, fearing your neighbours and rivals.

There are no seismic cracks in the Liverpool machine. There are, however, continuing questions and conundrums. A great deal of pressure is at play.

On the back of the draw at Anfield against West Brom, it would have been entirely Liverpool of us to have produced an emphatic response at St James’ Park. Yet, against Newcastle, we could have played all night and failed to find the back of the net.

It felt exactly the same, on Monday night, at St Mary’s. Undone by a well-taken Danny Ings goal, that could, or even should have been cut out before he received the ball.

An early blow absorbed; we had a span of the game where it seemed as if gravity would dictate that Liverpool goals would eventually arrive, but it wasn’t to be. Compelling shouts for penalties were made and ignored, and we ultimately got stuck down a cul-de-sac, unable to perform the required three-point-turn against what is a very good Southampton team.

After some very vocal complaints from Jurgen Klopp, about the voracity of the fixture list, Liverpool were dealt a relatively sedate Christmas compared to many other teams. It certainly wasn’t as wild a Christmas as we’ve been subjected to in recent seasons.

Have Liverpool been too idle, though?

I often get the feeling that we thrive upon a blizzard of football. Thinking time between games isn’t our ally. Rock ‘n’ Roll football is an intelligent yet reactionary concept. 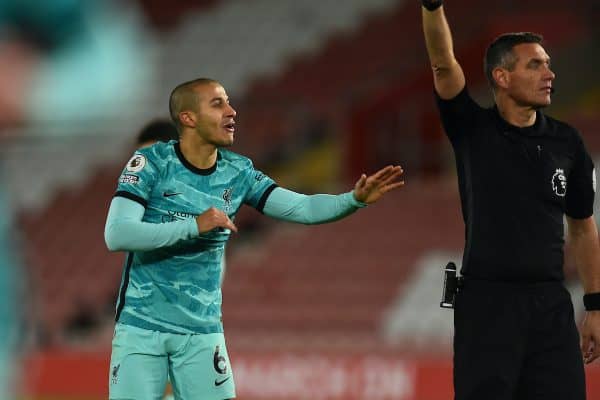 Shaping up to be a demolition derby of a Premier League campaign, all the runners and riders in the unfolding title race have had lulls in form. This is ours and it’s up to us to snap out of it a soon as possible.

Manchester City started the season with a limp in their stride, Arsenal had been told they’re facing a relegation battle before finding a renewed sense of mojo, Frank Lampard has been billed as both a genius and a fraud within Chelsea’s mood swings, Tottenham have ebbed and flowed, punched and faded, risen and dipped, while Manchester United were roundly laughed at for their Champions League ineptitude only to be now spooking out those of a nervous disposition.

It all means that the fluctuating peaks and troughs experienced by Ralph Hasenhüttl, Brendan Rodgers, Dean Smith and Carlo Ancelotti still haven’t been enough to see the title race run off into the distance, thus far.

In many ways, this is how football used to be. An increasing level playing field in which the fear factor has been removed. Without supporters in the stadiums, apart from the teams that are ailing badly, are players really unnerved prior to kick off anymore?

Liverpool and Manchester City might be better at passing a ball around than everyone else, but most of their opponents take to the pitch to face them with a well-organised tactical plan. The lack of the sensory maelstrom a crowd creates does play a significant factor in lockdown football, as does on-pitch enthusiasm.

If the teams of Klopp and Pep Guardiola are playing in a state presumptuousness of victory, then they do so with their chin jutting out, inviting the punch of focused and determined opposition; if you are a Southampton, or a Leicester, or an Aston Villa, or an Everton then you are less likely to walk over that white line as an already beaten team.

No win this season can be taken for granted.

This isn’t something that is simply a Premier League phenomenon either. We’ve reached New Year with PSG not even top of Ligue 1, let alone be running away with it, Bayern Munich holds only a slender lead at the top of the Bundesliga, Juventus’ run of nine successive Serie A titles is in real danger of being ended and Atletico Madrid lead LaLiga, with games in hand, in a season in which Barcelona flirt with not qualifying for the Champions League and Valencia contemplate relegation for the first time in 35 years.

Global pandemics aside, it’s a pretty fantastic and competitive footballing landscape to be honest about it.

PSG, Real Madrid, Bayern Munich, Juventus, and yes, Liverpool, may all yet retain the domestic league titles they won last season, but they’ll likely not do it with any obscene chasm of points advantages.

For Klopp and his bruised players, the ‘chore’ of the FA Cup looms. Criticised for the line up he last fielded in the dead rubber that was the Champions League, from which Diogo Jota was needlessly risked and injured, it will be interesting to see what approach we take.

There are ghosts circulating at Villa Park, be them from the 7-2 a couple of months ago or the 5-0 in last season’s League Cup, when the kids were on duty.

Field a load of kids against Aston Villa again by all means; protect our most crucial squad members, but don’t think it will automatically result in a focused team taking on Manchester United 12 days from now.

Too much relaxation, too much thinking time. Potentially dangerous territory.