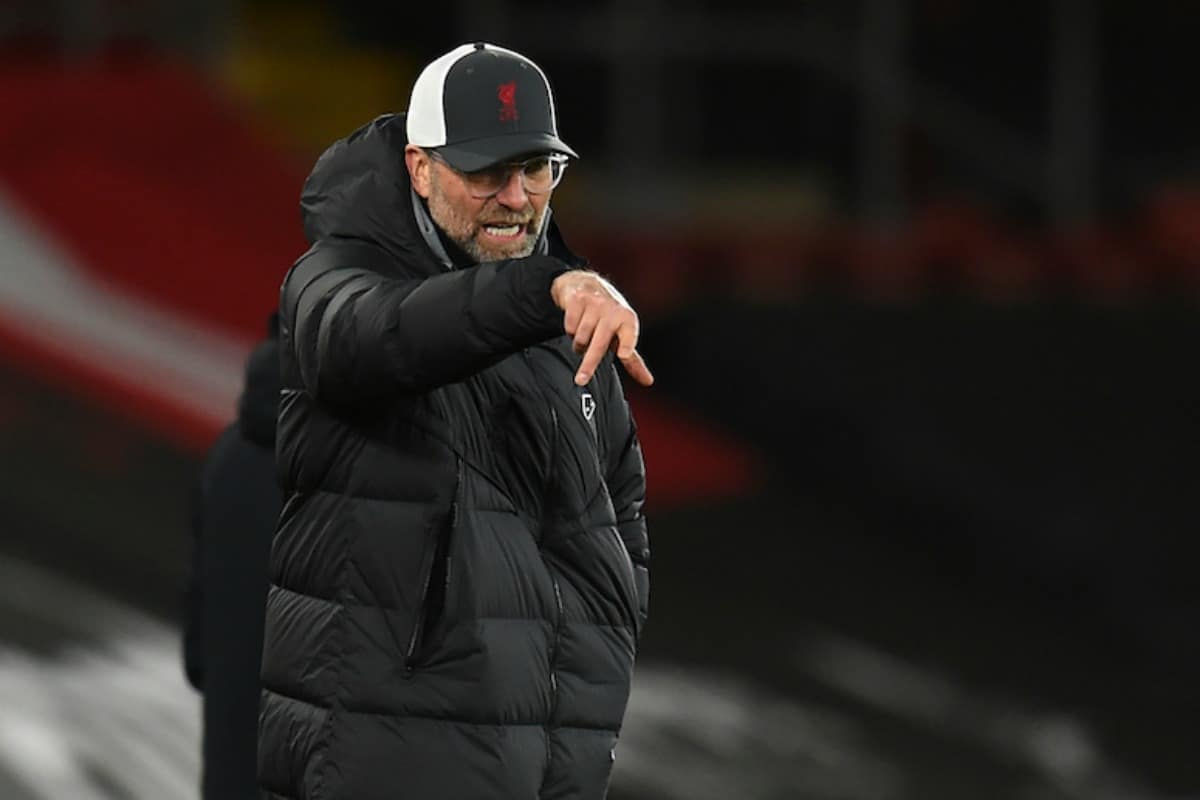 Jurgen Klopp has no doubt that a solution will be found to Liverpool’s problems after a dismal defeat at the hands of Southampton on Monday evening.

It was a night to forget for Liverpool on the south coast, one which was out of their hands by the second minute as while they huffed and puffed, there would be no meaningful response.

Sloppiness in possession and poor decision making across the pitch ensured the Reds’ woes on the road continued and consigned them to seven dropped points in the last three games alone.

It was a defeat which compounded recent performances, nevermind results, as the champions look a shell of their former selves as fatigue looks to be on their coattails.

For the manager, it was a deserved victory for Southampton but his side were their own worst enemy in making silly mistakes and being unable to capitalise on the hosts’ pressing weakness.

“How long do we have?” Klopp responded when asked about the most frustrating aspect by BBC Sport post-match.

“The start obviously, not only the goal but the start in general. Congratulations to Southampton they deserved it.

“The good thing about Southampton is you know exactly what you are going to get, so you cannot be surprised but we looked surprised still.

“At the beginning how we played, brought ourselves into a struggle where we lost the balls, it’s not rocket science it’s only football.

“We should have done much better. Passing wise if you break this sort of pressing it’s a risk because they invest a lot and if you can pass through then they run a lot without getting anything.

“We played into their hands with the start. They put a lot of work in. We as well but our decision making was just not good. That is how it is when you don’t have momentum.

“Then decision making is more important because you’re really thinking about things. We should have had much more chances with the football we played, but not enough big chances.”

Notably, the Reds acted on emotion and were quick to frustrate on the field, primarily at the start of the game, and it was not to Klopp’s liking as it was duly punished.

Liverpool had their fair share of penalty claims waved away much to the dismay of those of the Red persuasion but it was no excuse as it was not a night for winning ugly when not at one’s best.

But now a reaction is needed and Klopp is adamant that solutions are at the ready ahead of another crucial stage of the season.

“These are outstanding players, super boys but they didn’t start well,” the manager continued.

“Robbo’s first situation he wants a foul and then he grabs him, I don’t like these things. They only show we are not ready from the start. That’s what I told them.

“I think that Sadio Mane should have had a penalty tonight, and there was the handball.

“It’s not an excuse for the performance but you can get a point when you don’t perform at your highest level but for us, it was not possible.

“We have to take that. It’s not a super moment and we have to feel it, that it was not enough. Now we have to show a reaction.

“You can click much better than we did tonight, somethings we can explain like Thiago being in the wrong position defensively but it was his first 90 minutes, all okay.

“These are football problems and we will sort it, that’s not a question.”