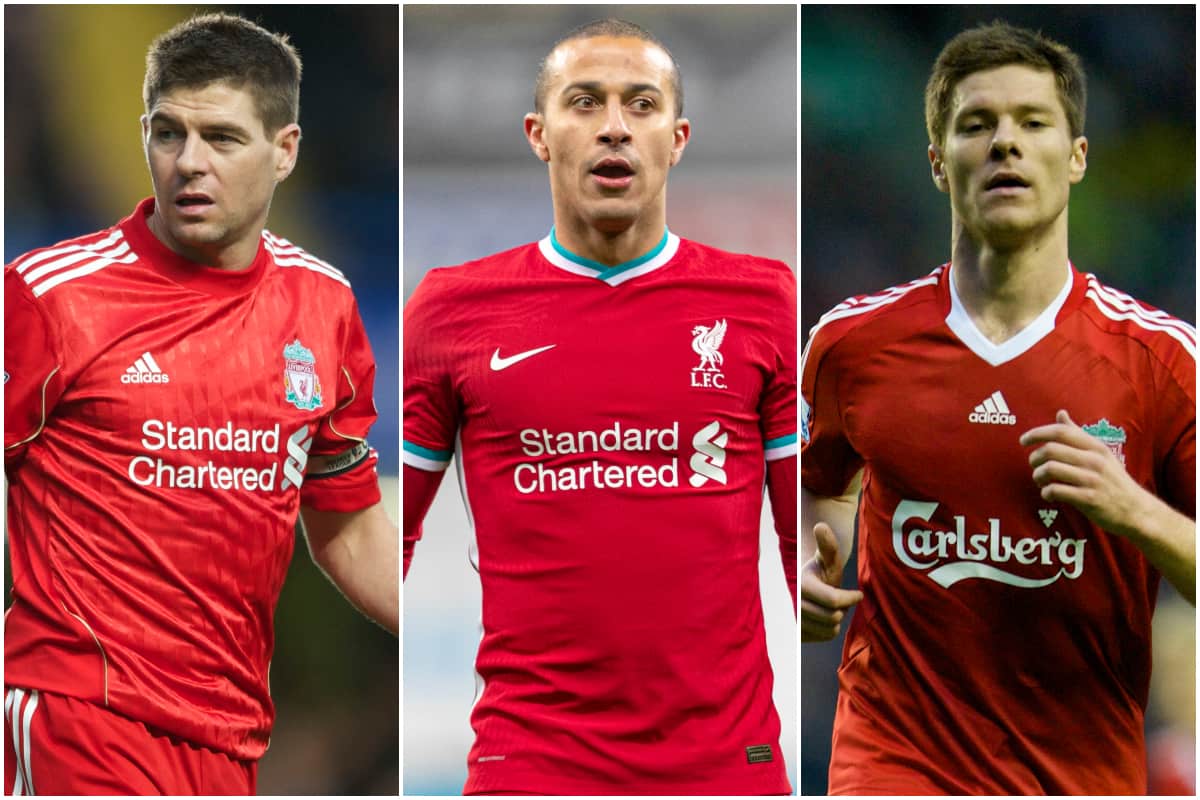 Steven Gerrard has told Thiago it “would have been a pleasure” to play alongside him and former team-mate Xabi Alonso as part of a dream Liverpool midfield.

Thiago is the latest in a long line of world-class midfielders to play for the Reds, following on from the likes of Gerrard and Alonso.

The 29-year-old arrived on Merseyside a proven winner, and the hope is that, now fit, he can help lead the club to more silverware in the near future – perhaps starting this season with the Premier League and Champions League.

His return to fitness is a major boost for Jurgen Klopp‘s side, and after a lengthy break, Liverpool’s new No. 6 conducted a Q&A interview with LFCTV.

During the Q&A, Thiago was asked which of Gerrard and Alonso – both now retired – he would have loved to play alongside, with it a simple answer given he and Alonso were team-mates at Bayern Munich.

“I have already played with Xabi Alonso, so I can tick this off and say ‘OK, I played with him’,” he explained.

“Why not with Steven Gerrard? A legend. If I played alongside him, for me it would be a way to learn more football, for sure.”

The clip was shared on Liverpool’s social media channels, and both Gerrard and Alonso responded on Instagram, with the former Reds captain telling Thiago: “That would have been a pleasure, trust me.”

“I can see that midfield,” Alonso added, with the potential of a Thiago-Alonso-Gerrard trio a mouthwatering one.

Of course, Thiago has a long way to go to be regarded with the same esteem as Gerrard or even Alonso at Anfield, despite his credentials as a seven-time Bundesliga, two-time LaLiga and two-time Champions League winner.

Hopefully in years to come, the Spain international will be among the debate for fans as to their all-time dream midfield, with Gerrard and Alonso obvious candidates.

Thiago could make his Anfield debut after a long, long wait on Sunday, with the £25 million summer signing likely to start in Liverpool’s title clash with Man United.