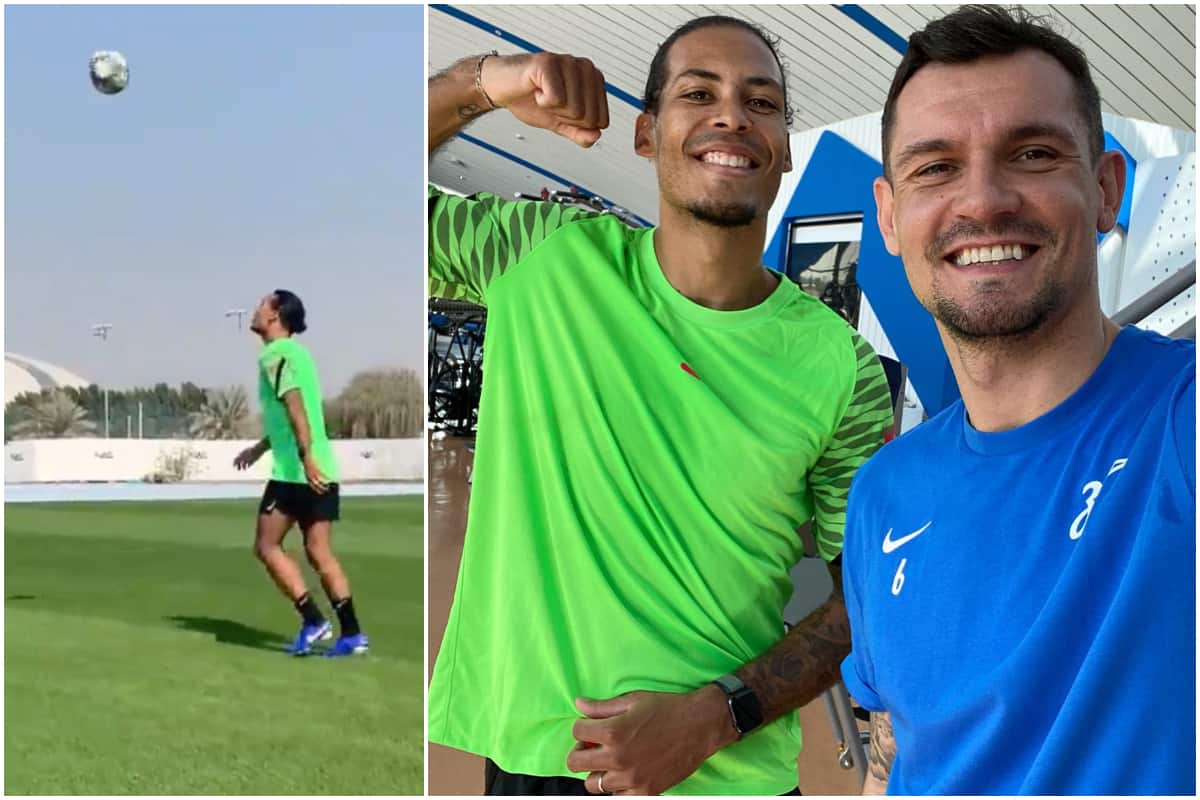 Virgil van Dijk is continuing his recovery from a long-term knee injury in Dubai, and on Sunday was joined by his former Liverpool centre-back partner, Dejan Lovren.

Van Dijk has been working at the NAS Sports Complex in Dubai over the past month, with the Reds defender making great progress as he works his way back to fitness.

It is three months to the day that the Dutchman suffered knee ligament damage following a reckless challenge from Jordan Pickford in the Merseyside derby, and it is still unclear whether he will feature again this season.

But Van Dijk is on track in his rehabilitation and has stepped up his training in Dubai with more ball work, this time out on a grass pitch.

The 29-year-old shared a short clip on his Instagram story on Sunday morning that saw him performing keepy-ups in the Dubai sun, wearing boots and with minimal strapping on his injured knee. 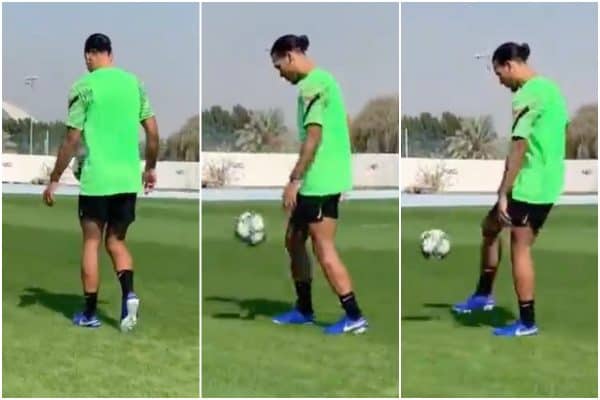 While there remains a long way to go in Van Dijk’s road to recovery, it is another positive sign that he is on the mend, with no setbacks so far.

Jurgen Klopp is expected to name his No. 4 in a revised Premier League squad for the rest of the season when the winter transfer window closes on February 1, which would allow him to be selected if he is able to return in the coming months.

If Van Dijk is not registered, it would be a clear sign that Liverpool believe he will not be fit between now and the end of May – though Netherlands manager Frank de Boer is confident he will be available for the Euros.

Sunday also brought a reunion for Van Dijk and Lovren, with the Croatian currently in Dubai with Zenit St Petersburg as they take in warm-weather training during a break in the Russian top-flight campaign:

“A tough injury he had, but he looks stronger than ever, soon brother you will be on top of your level again.

“Good luck to Liverpool in today’s derby. We are with you!”

It is not the first time Van Dijk has been joined by esteemed company while working on his recovery, with Netherlands legend Clarence Seedorf also training alongside the centre-back last month.