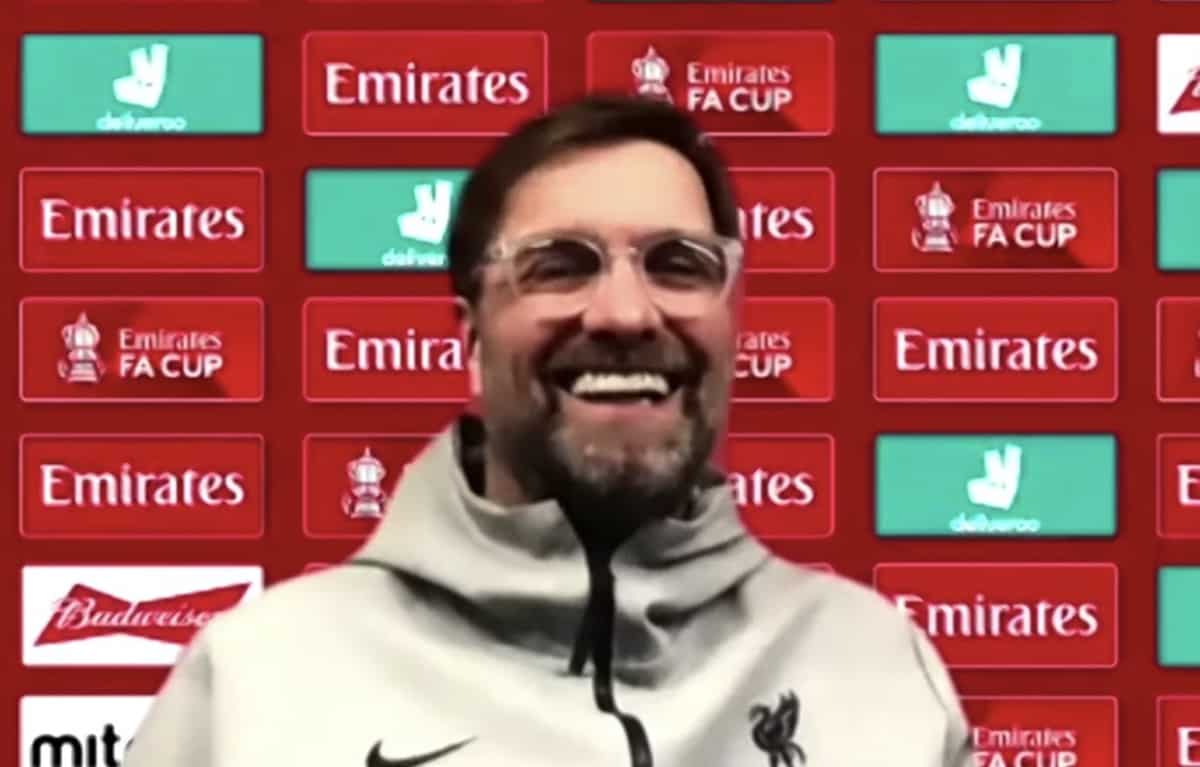 The Reds head to Villa Park on Friday night, three months on from the 7-2 humbling in the Premier League and 13 months after the 5-0 defeat in the League Cup.

That night in the League Cup saw Neil Critchley stand in for Klopp as Liverpool fielded their youngest-ever starting lineup, and it is likely to be much different this time around.

A recent run of poor form has ensured that rotation is not wholly expected, though the manager could make changes for the cup, with the likes of Caoimhin Kelleher, Neco Williams and Rhys Williams due to start.

But as he spoke to reporters on Thursday afternoon, Klopp stressed the importance of the FA Cup, and despite the “intensity of the period” the objective remains to win.

“It’s important. It’s the FA Cup, we didn’t go far so far in that competition,” he said.

“I don’t think we were blessed with sensational draws so far – and now we go to Aston Villa, which is a tough one as well!

“But we always took it very seriously, and do this time as well, but we cannot forget the intensity of the period we are in and all these kinds of things.

“It’s important, like football games are important. We are professional football players, or coaches or manager, and the only thing you have to do, actually, is to win football games, and to try and make sure we really can do that.

“That’s a very important competition, so we will try to win that.”

Klopp also effectively ruled out the arrival of a new centre-back this month due to the financial constraints of the COVID-19 pandemic, and could not issue an update on Gini Wijnaldum‘s contract talks.

On the injuries to Jota, Matip and Naby Keita, the manager confirmed none are set to feature at Villa, but the centre-back has a chance of taking on Man United on January 17.

He backed Trent Alexander-Arnold to return to form “sooner rather than later,” while discussing the tough first year Takumi Minamino has endured at Liverpool.

Minamino could be among those to come into the side on Friday, and after a frustrating 1-0 loss to Southampton last time out, the Reds will be looking to blow off some steam against a rotated Villa.