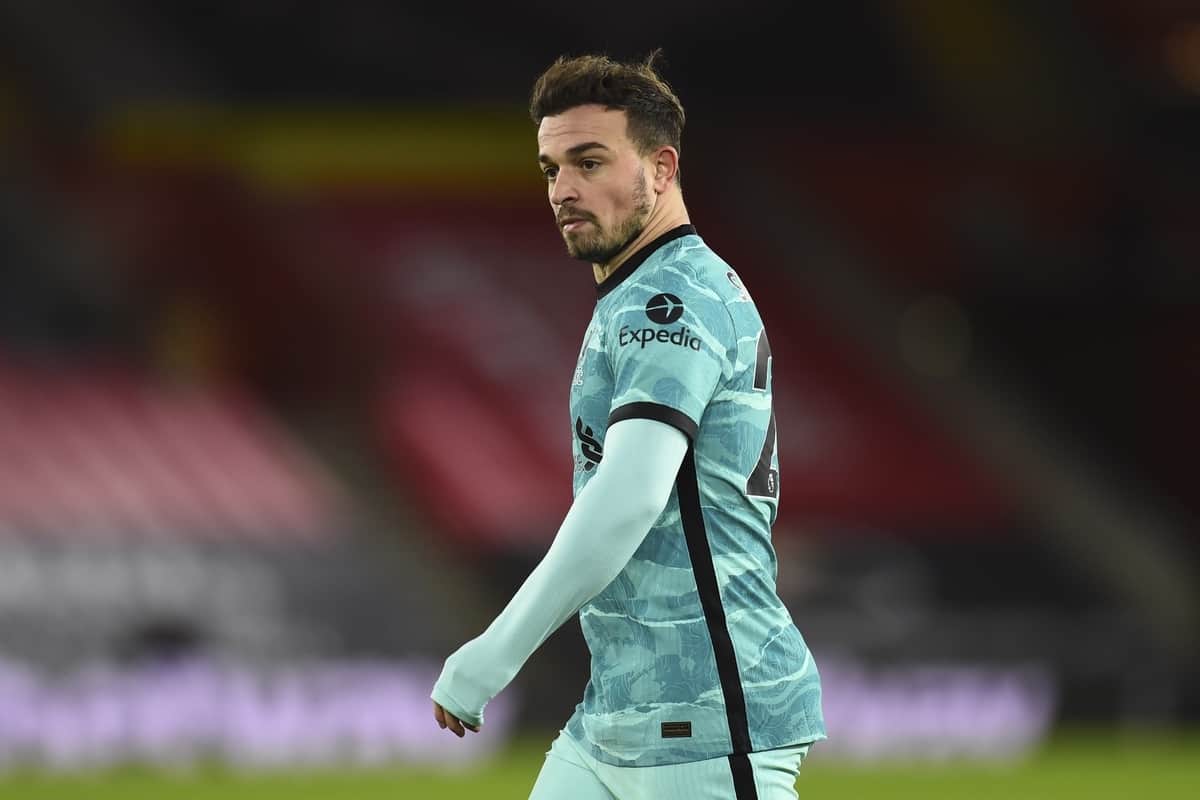 Xherdan Shaqiri has admitted to feeling “frustrated” in watching Liverpool while injured or unused this season, but he is “trying to help” after his return to fitness.

Shaqiri’s involvement in any capacity this season can be considered something of a surprise, as after making just 11 appearances in his second campaign with the club he was expected to depart last summer.

But instead, the No. 23 opted to stay on Merseyside, and just over halfway into the season he has played eight times, scoring once and laying on three assists.

Two of those assists came in a game-changing cameo against an Aston Villa academy side in the FA Cup third round on Friday night, which was his third game back after a month-and-a-half out through injury.

Jurgen Klopp is relishing the return of the Swiss as a squad option, and Shaqiri himself will be hoping for more minutes in the weeks to come, telling the club’s official website that he has felt “frustrated” watching on.

“It’s normal if you are injured or you cannot help the team that you are frustrated.

“You are at home looking at your teammates on the TV and you want to be there too. But this is part of football, part of life.

“I worked hard to be back, so I’m really happy now with the team. I’m trying now to help my team if I play and try to win games, which is the most important thing for us at the moment. I’m trying to help with my ability.” 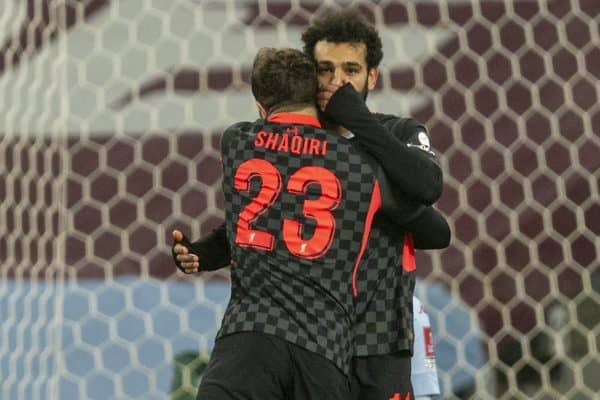 Shaqiri’s comments came before the 4-1 win over Villa, with the 29-year-old coming off the back of a 33-minute outing against Southampton – this time as Klopp’s go-to substitute ahead of Curtis Jones, Takumi Minamino, James Milner and Divock Origi.

While he has played the fewest minutes of the Reds’ regular squad options this season, with just 308, Shaqiri arguably represents the most influential, and he has vowed to help improve the situation in the Premier League “straight away.”

“For us offensive players, we want to change it straight away and hopefully we can start scoring goals again in the next games,” he continued.

“It’s important to stay positive and try to create chances. Then I’m pretty sure we are going to score as soon as possible.”

Fittingly, Liverpool’s next opponents are Man United, who head to Anfield on January 17 for a top-of-the-table clash, with United the English side Shaqiri has made the biggest impact against in his career so far, with two goals and three assists.

While he may not be in Klopp’s thinking as a starter, those two goals off the bench to seal a 3-1 win over United back in 2018 demonstrate Shaqiri’s match-winning ability against top sides – and his quality demands consideration.