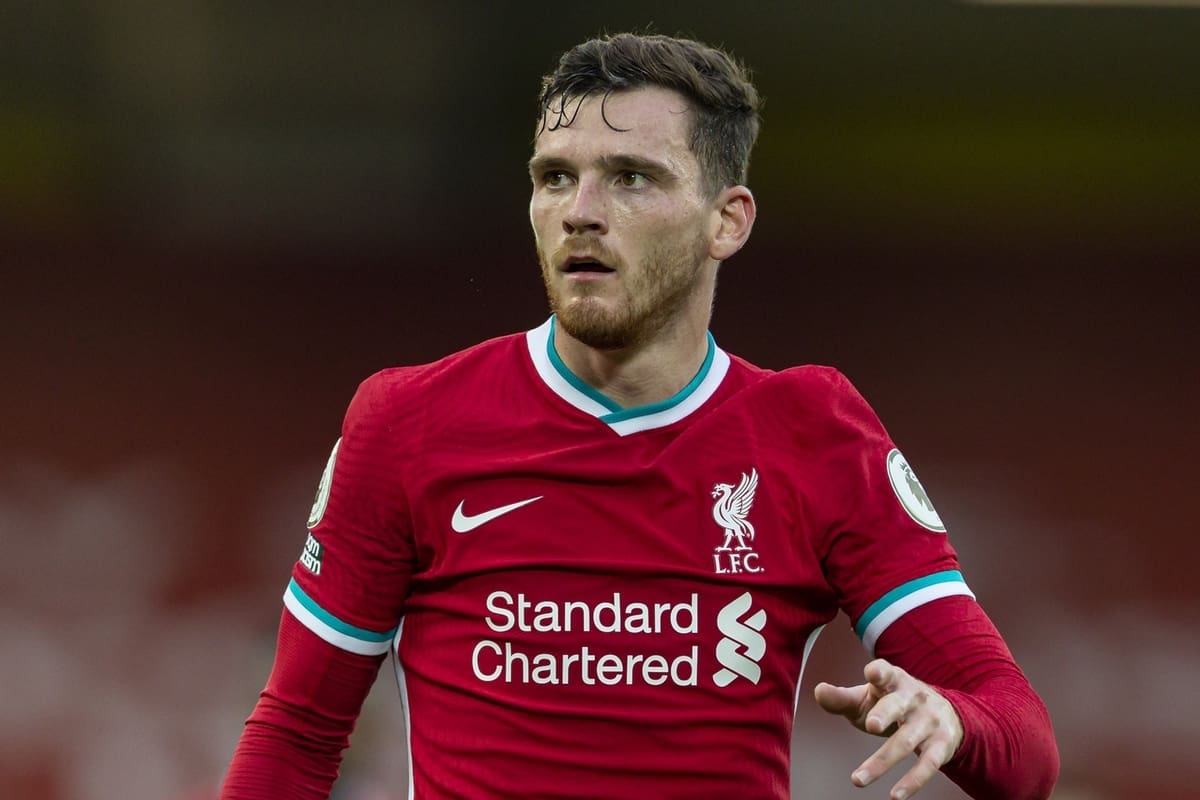 The disappointment was evident for Andy Robertson after Liverpool failed to find a way to win against Brighton, ensuring at this point the Reds aren’t in “the title race.”

It’s been a tumultuous title defence to date for Jurgen Klopp‘s side, with consistency proving hard to find and the ability to win ugly all but non-existent.

Injuries have been at the heart of such woes for the champions with the domino effect sweeping across the squad and impacting results in what remains a season like no other.

For Liverpool, their troubles are more pronounced against teams towards the bottom of the table have dropped 14 points to clubs in the bottom eight in nine matches to date.

And the latest such result, the 1-0 defeat at the hands of Brighton, leaves the Reds seven points adrift of leaders Man City, who have a game in hand, ahead of their meeting on Sunday.

While it is a gap certainly not impossible to overcome, Liverpool first need to refind their feet as the defeat on Wednesday showed they were a “long way off it” in the eyes of Robertson.

“The better team won, Brighton were better at pretty much everything,” Robertson told BT Sport post-match. “They pressed us, won the ball back and created chances.

“First half was OK, it was a nothing game and you got the sense that one goal was going to be enough to win it. In the last three games at home we have been really disappointing and we have to get back to it. We are a long way off it.

“Brighton played four centre-backs and they were all outstanding but we have been disappointing. We are not finding the way to win.”

The results added another layer of importance to the visit of Pep Guardiola’s side as the gap at the top could extend to 10 points if a third successive Anfield defeat is inflicted.

And it was not lost on the Scot as he addressed the need to “get back to the Liverpool everyone knows” before they can even consider talking about the title race.

“Any game against Man City is a big one,” he continued. “As this moment stands, we’re not in the title race. We are seven points behind them and they have a game in hand.

‘I’m sure they’d say the same if they were potentially 10 points behind. We need to get back to the Liverpool everyone knows.

“We didn’t really do anything of note. With a long record of going unbeaten, we’ve lost two. When you don’t show up you don’t get results.

“We’re still a good team. We don’t turn into a bad team overnight.”