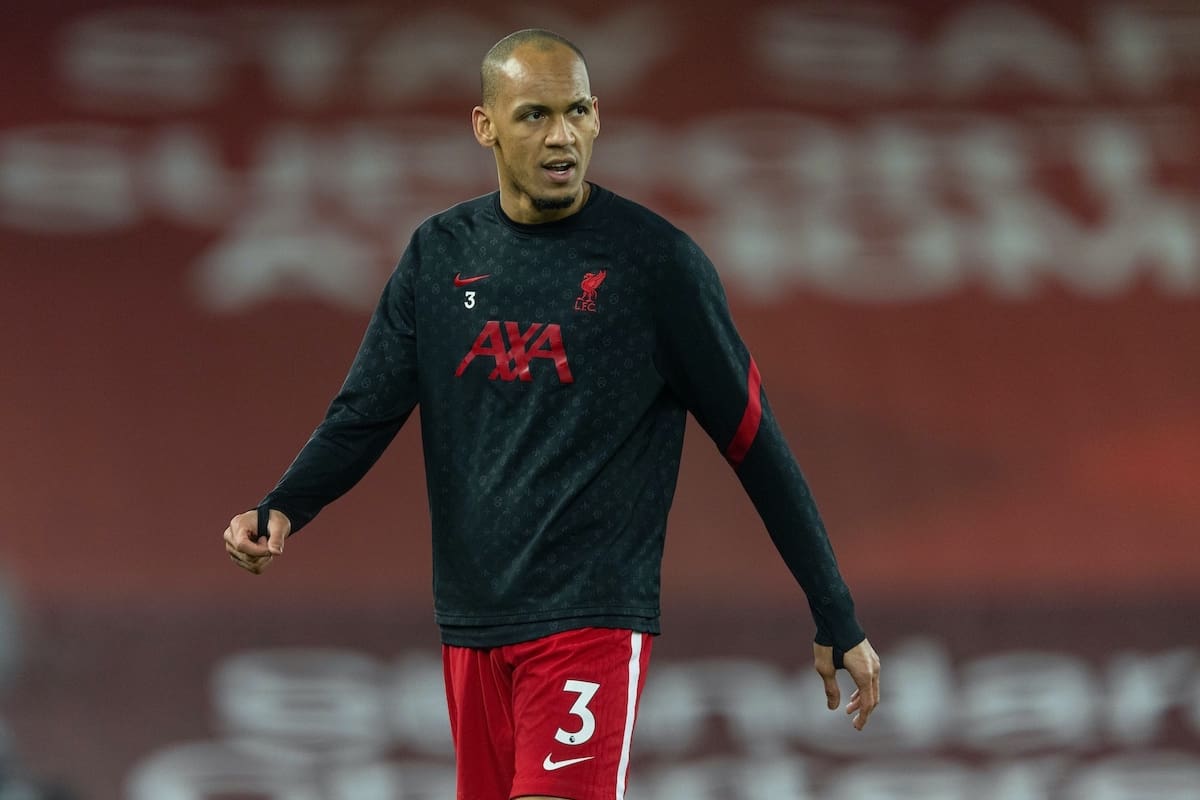 Liverpool took part in a training session on Monday afternoon ahead of their trip to Hungary to face RB Leipzig, with Fabinho still absent from the squad.

The Brazilian has been a rock at the back for the Reds this season during the absences of the regular central defenders, but suffered his own injury not long ago which has seen him miss four of the last five games.

He did return to play against Man City, but clearly wasn’t fully fit and will now sit out another match after not taking part in training as the Reds prepare for a return to European action in the first leg of the last 16.

It leaves Jurgen Klopp with a big call to make at the back for Tuesday night, after Ozan Kabak made his debut at the weekend in the defeat against Leicester City.

The on-loan Turkish defender fared well for 70 minutes or so, but was involved in a couple of poor moments as the Reds collapsed to lose late in the game. 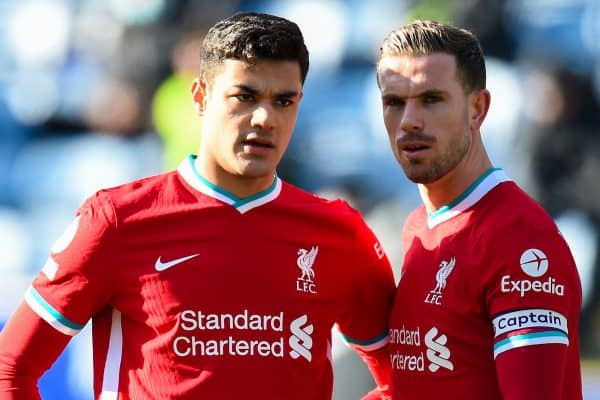 Jordan Henderson seems likely to continue in defence, therefore, and aside from Kabak the options are to bring Nat Phillips back into the line-up or hand another debut to another player, with Ben Davies back in training after his own recent knock.

There was also a returning face in midfield, with Naby Keita back among the main group after a slow build-up programme in recent weeks.

The hope will be that the talented No. 8 can stay fully fit now after a specialised approach to his latest set-back – though he won’t play any part against Leipzig and won’t be in the travelling party.

There was no James Milner in training, after he went off injured against Leicester, and Diogo Jota is also still out – but Divock Origi returns to the squad after missing the weekend game.

Liverpool squad training ahead of Leipzig 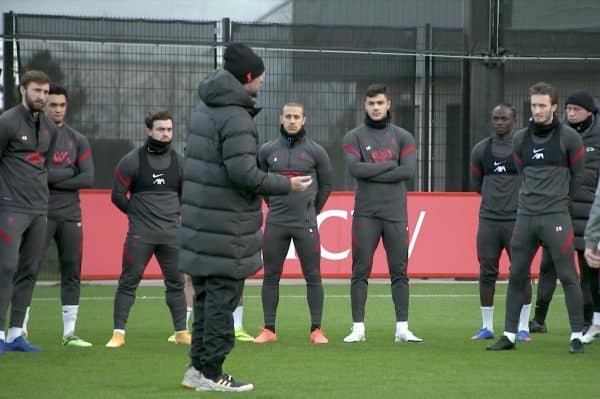 *Not travelling for the match