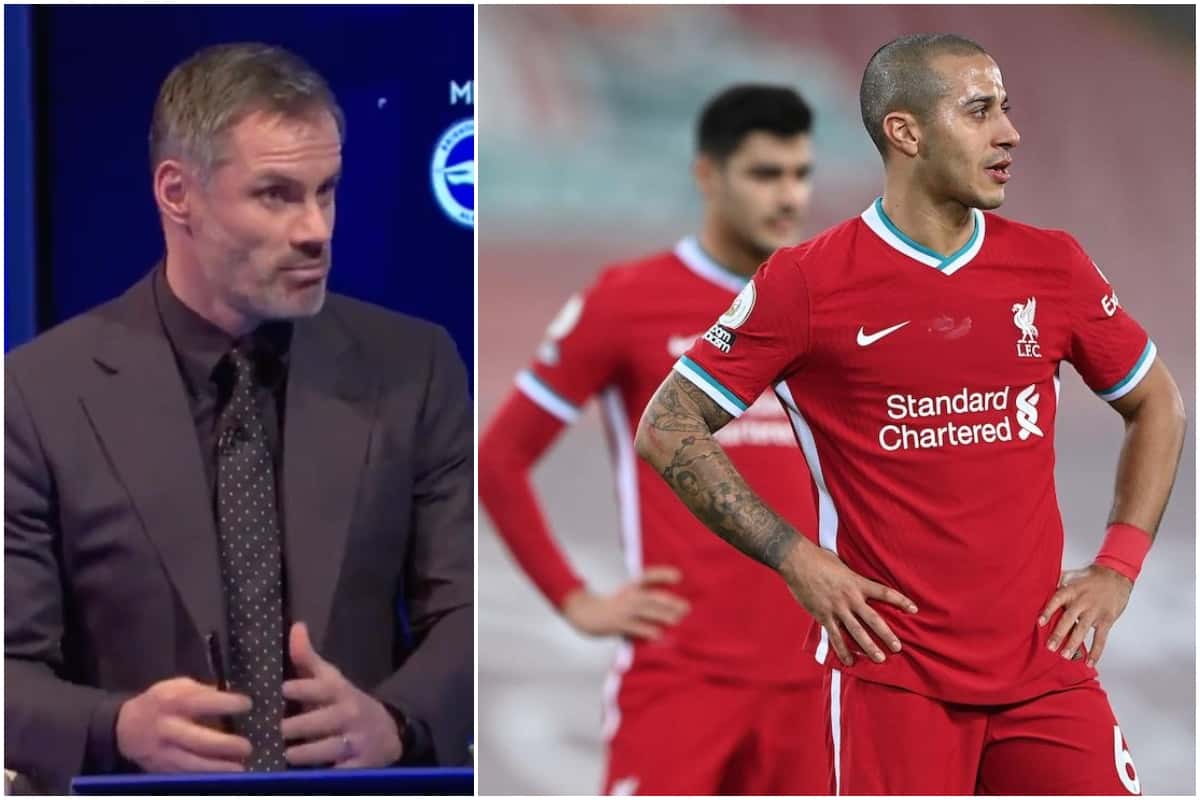 Jamie Carragher has looked to clear up the criticism he’s aimed at Liverpool, explaining that the loss of Virgil van Dijk is “not an excuse” to lose individual games, especially at Anfield.

The former Reds defender was in the commentary box for Liverpool’s derby defeat over the weekend, where he came in for some criticism of his own regarding his analysis of Jurgen Klopp‘s side.

The defeat was the fourth in succession at Anfield for the first time since 1923 and the first time the Reds had lost a derby on home soil since 1999 – a new low in a season to forget.

Liverpool are in relegation form having picked up just seven points in the league in 2021, where only three teams are worse off – all of whom have taken points off the Reds.

And while the loss of Van Dijk was always going to derail title ambitions, Carragher was quick to say that it can not be used as justification for individual games which are winnable for a side boasting domestic and European title winners.

“I was very critical of Liverpool on commentary in the derby game and I seemed to upset a section of supporters that I wasn’t more supportive,” Carragher said on Sky Sports’ Monday Night Football. 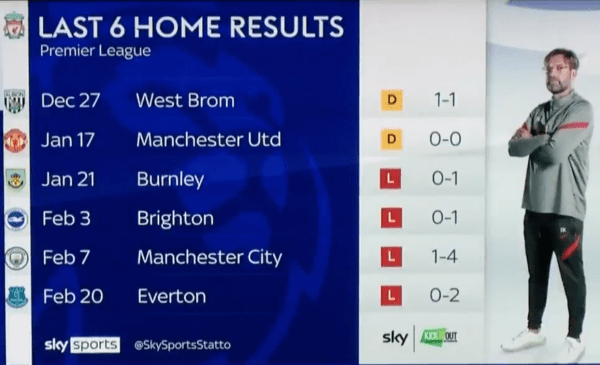 “I have analysed this Liverpool team for three years under their best with Klopp and I come off shows like this and other fans say Carra is biased for Liverpool because all he says is positive things.

“Premier League champions, European Cup winners and best team in the world. There is nothing negative to say. Right now, there is.

“If I have upset Liverpool fans I don’t want to apologise for it. What this team has done is amazing, we love them, but it doesn’t mean they are exempt from criticism.

“I said ‘I’m sick of talking about Virgil van Dijk‘ and what I mean about that is we’ve highlighted on this show the bigger picture.

“Liverpool can’t win the league, I said that after the last derby game. They can’t win it with Van Dijk being out for the whole season I didn’t feel.

“But the problems Liverpool have, whether the defenders are out or midfielders at centre back, does not mean they can’t win home games against Everton, Brighton, Burnley, West Brom.

“It’s not an excuse for individual games. No matter what problems you have as a Liverpool player, you can’t not win at home for six games. That is not acceptable. It’s not.”

Klopp’s men have 13 league games to turn it around and clinch a top-four spot and with little going to plan at this juncture, Carragher feels a tweak is needed to spark the attack and protect the makeshift defence.

“They have to find a way to win. [When I played] we beat Everton twice with ten men,” he continued.

“I don’t want to use Virgil van Dijk as an excuse because Liverpool started the game against Everton with 10 Champions League winners.

“That is why I’m saying it is not an excuse in individual games. The bigger picture for the league and qualifying for the top four, I get.

“It’s not ripping anything up, but there could be a tweaking of the system, a 4-2-3-1, bring an extra attacking player in.

“Defensively, is there a case for putting the defence 10 yards further back? [Ozan] Kabak is struggling early on, [Ben] Davies is coming in, [Nat] Phillips is going to play and they need a bit more protection.”