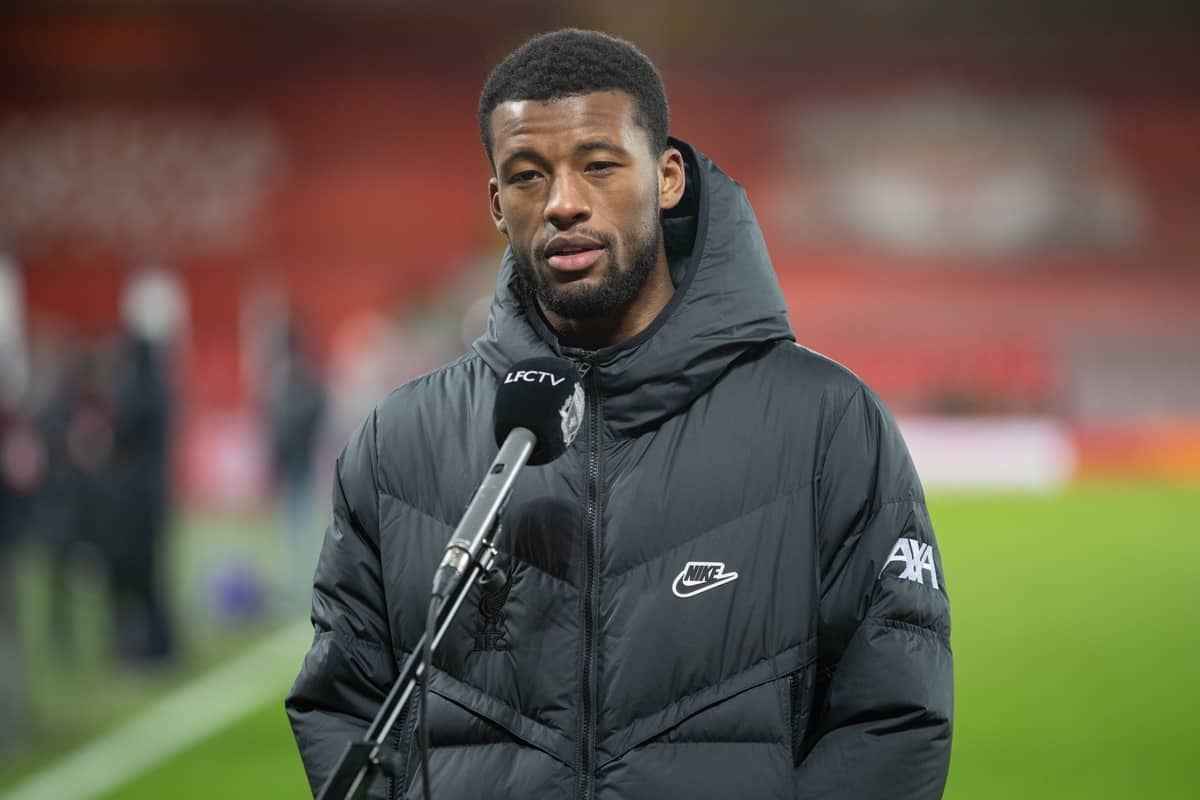 Gini Wijnaldum has pointed to Liverpool’s nervous start to the Merseyside derby as the catalyst for their 2-0 defeat to Everton, insisting “we didn’t need to give the ball away.”

The Reds headed into their Anfield meeting with the Blues buoyed by a 2-0 win over RB Leipzig in midweek, but an unchanged side were drastically worse on their return.

Everton used the strong winds to their advantage early on, with Ozan Kabak struggling to deal with their long-ball approach on his home debut, and finding himself guilty of ball-watching as Richarlison struck a third-minute opener.

That shaky start paved the way for a tough evening, and ultimately a first Merseyside derby defeat since 2010, in the view of Wijnaldum.

“Of course, we didn’t start well,” the Dutchman told LFCTV.

“In the first minute with the long ball, the corner we gave away when we didn’t have to give it away.

“I think if the communication was better we wouldn’t have to give it away.

“I think two or three times in that period of the game when you shouldn’t take risks and just clear the ball away to get higher up the pitch, we tried to control the ball.

“We lost it and one pass through our defence and they score a goal.

“After that I think they had one more chance, with Coleman, the bigger parts of the game we were the better team, we created chances but we didn’t score the goals.”

Liverpool suffered yet another costly injury in the first half, as stand-in centre-back Jordan Henderson suffered a groin problem that forced him off and led Klopp to admit “it doesn’t look like a small one.”

But while Wijnaldum agrees it is a damaging situation for the Reds, he insisted they cannot “be the victims,” and instead urged them to face up to their issues and “try to turn it around.”

“You just want to deal with the situation and try to bring it to a good end, even though you know that you’ve got a lot of injuries.

“That’s how we should look at the situation. Not be the victims and just try to turn it around.

“I don’t know how many games we still have, we have a lot of games to turn it around, so if we look at the situation as victims it’s going to be worse.

“All we can do is just try to give everything, try to stay confident and work together to bring it to a better end.”