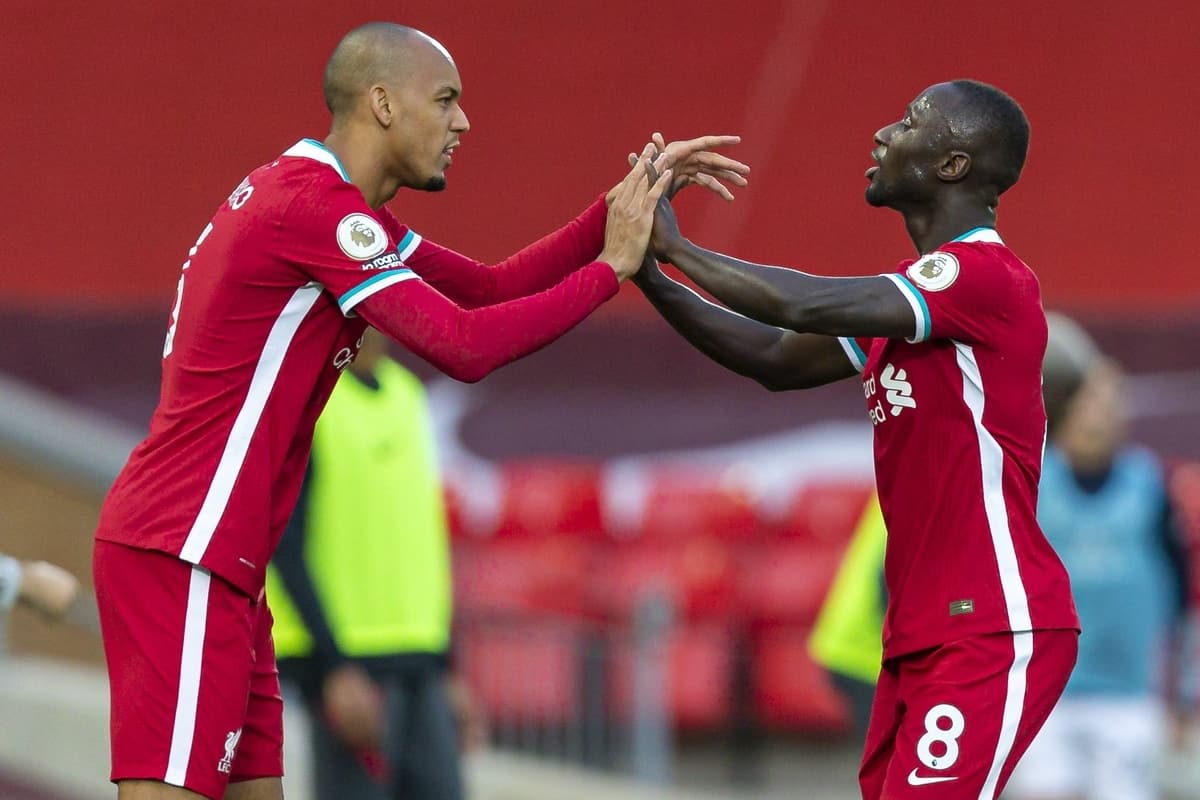 Naby Keita was back in full training on Friday as Liverpool prepare for the Merseyside derby, but it seems Fabinho will miss the Reds’ 238th meeting with Everton.

Everton arrive at Anfield on Saturday evening looking to deal another blow to the Premier League champions, who have lost their last three domestically but bounced back in Europe in midweek.

A 2-0 win over RB Leipzig in the Champions League could serve as the perfect tonic for an ailing Liverpool, still feeling the effects of the last Merseyside derby back in October.

Virgil van Dijk‘s absence since that day at Goodison has impacted the entire campaign, with Fabinho left to fill in for the Dutchman as Joe Gomez and Joel Matip also saw their seasons ended in the months to follow.

But in one of the final training sessions before the derby, Fabinho was again not involved as he works his way back from a muscle injury.

Jurgen Klopp oversaw a positive workout at Kirkby on Thursday afternoon, with Keita back as part of team training following an extensive individual rehabilitation programme.

The Guinean could therefore be considered as part of the squad on Saturday, but Klopp faces a bigger issue at the back, with Jordan Henderson likely to partner Ozan Kabak for the third consecutive game.

Fabinho is still expected to return in the near future, but the Brazilian is now a major doubt to even make the bench against Everton. 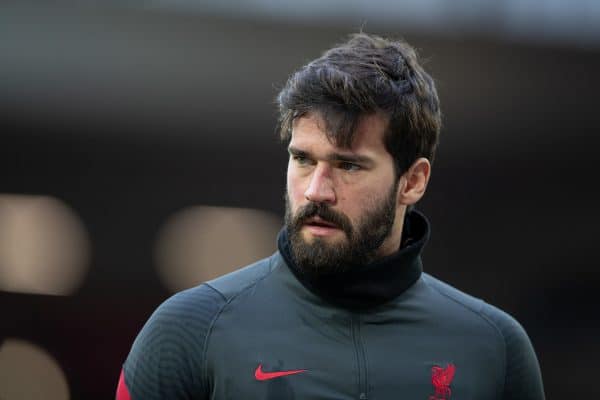 Elsewhere, concerns were raised following the release of footage from training, as neither Alisson or Caoimhin Kelleher were pictured as part of the squad.

Instead, Adrian and Marcelo Pitaluga were involved in rondos and small-sided games, though no conclusions should be made until Klopp holds his press conference at 1pm.

Diogo Jota and James Milner are still sidelined, but there are no other new injury concerns within the Liverpool squad.