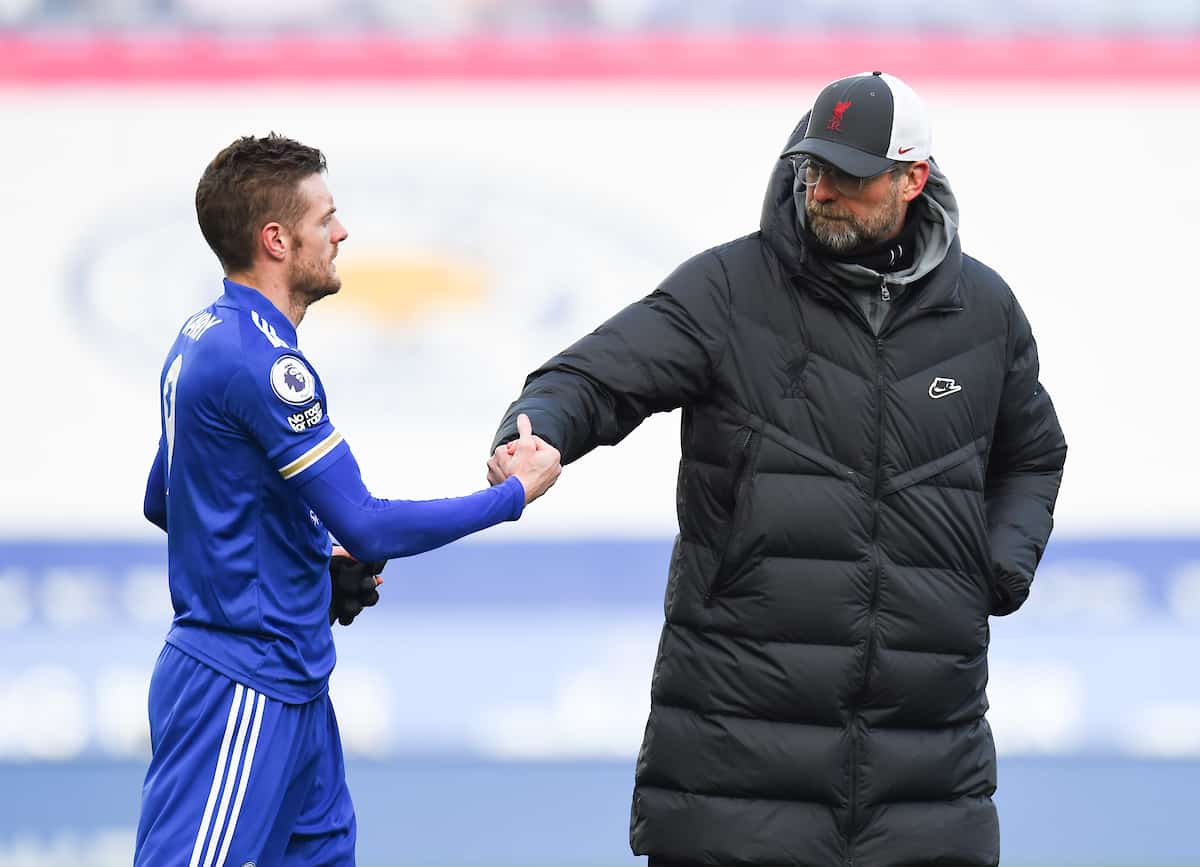 Jurgen Klopp admits Liverpool’s title defence is over after their alarming collapse at Leicester.

Alisson’s mistake, when he raced out of his goal and collided with Ozan Kabak, allowed Jamie Vardy to put Leicester ahead with nine minutes left.

Harvey Barnes made it 3-1 with five minutes remaining – lifting Leicester into second – and Klopp conceded the title.

“Yes. I don’t think we can close the gap,” he said after a third straight Premier League defeat.

“We have to win football games and big parts of the football were really good. We have to avoid mistakes and misunderstandings.

“Today we didn’t do that. The rest of the game was really good. First we have to perform again, results are massively related to the performance.

"I can't believe it, but yes" – Klopp concedes the title ? pic.twitter.com/ARMnXNKD1Q

“We are not worrying about the title, we are not silly.

“With the majority of the game I agree it was a really good game. It’s not easy to dominate Leicester in the way we dominated.

“We scored a great goal but conceded a strange one and I think it’s offside and the 2-1 is a misunderstanding.

“That had too big an impact on the game. We had to show a different reaction and the third we gave away too easily.”