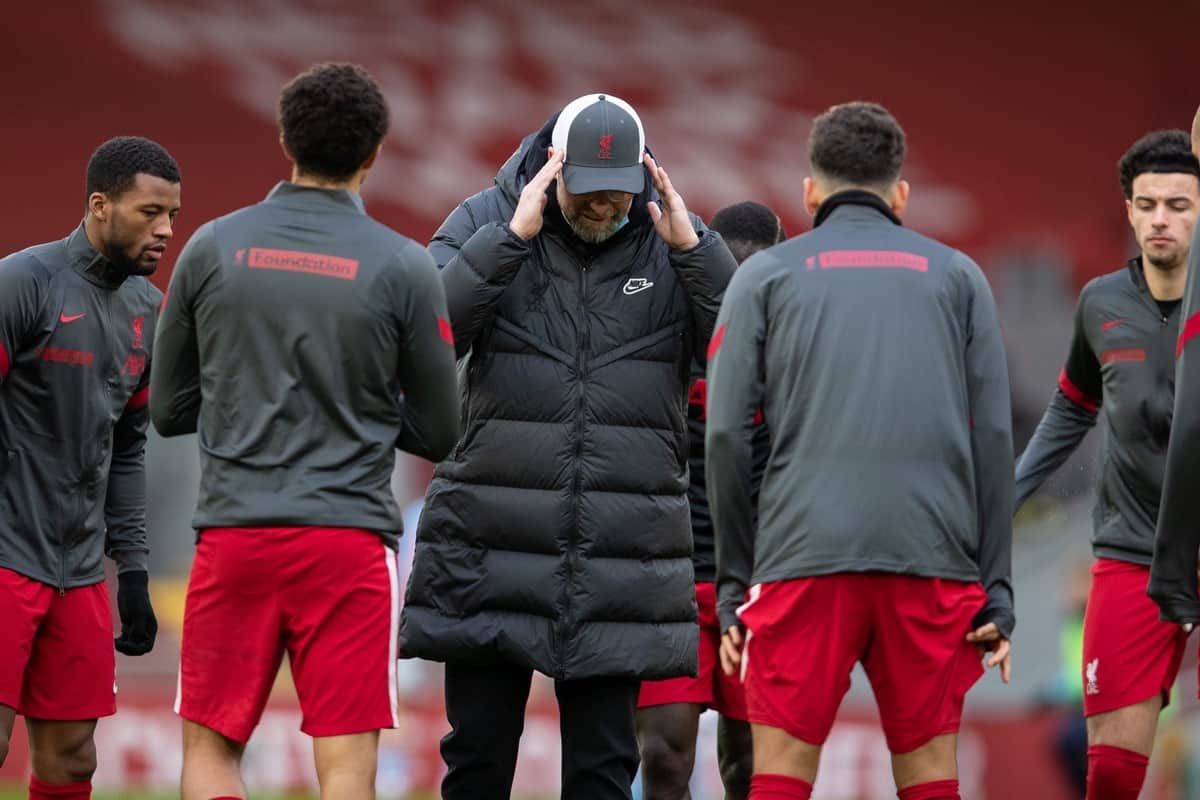 Jurgen Klopp has been here before and is no stranger to the rollercoaster ride that is professional football, but the latest defeat, at the hands of Everton no less, ensures change is needed.

The absolute state of this season. Extremes all over the place.

Up the Reds, though.

Jurgen Klopp is an obsessive and he’ll be playing out all the possible scenarios in his head that will take him and his team from here to the last ball being kicked on a season like no other.

But where we’ll finish is anybody’s guess.

When it comes to Klopp, there are career parallels to what is happening now. In his last season in charge of Borussia Dortmund, when he led his team to a 3-0 victory away to SC Freiburg, in early February 2015, it was a precious three points that dragged them off the bottom of the Bundesliga.

Eight months later, Klopp was at Anfield being unveiled as Brendan Rodgers’ successor via having lifted Dortmund from a looming relegation fight to Europa League qualification, a run all the way to the final of the DFB-Pokal and what turned out to be a shorter family holiday than he had envisaged.

In fact, he essentially set up both sides of the Liverpool vs. Dortmund Europa League quarter-final clash in 2015/16. Without Klopp, Dortmund would never have qualified in the first place; without Klopp, with only two points garnered from their opening two games when he arrived, Liverpool might never have made it beyond the group stages.

The thing about Klopp is that the dizzying heights he can take a team to are occasionally offset by a stunning comedown before rising again.

Even at Mainz, the highs were intoxicating and the lows were character building. Within a year of pulling the team clear of relegation from the second tier of German football, when taking over in the final months of 2000/01, he had taken the club to within one point of promotion to the top-flight. Twelve months later, they came even closer and were denied promotion by just one goal.

Familiar early blows sustained within an air of wider positivity, it could almost have been Liverpool after losing the 2018 Champions League final and missing out on the 2018/19 Premier League title despite accumulating 97 points.

In response to these two nearest of misses with Mainz, he finally led the club into the 1. Bundesliga for the first time in their history, holding both his and his team’s nerve in a desperately close race for promotion.

For three seasons, Klopp and Mainz caused consternation in the top division before succumbing to relegation at the end of the 2007/08 campaign, even qualifying for the 2005/06 UEFA Cup thanks to being rewarded for their adherence to fair play.

Even within their 2006/07 relegation, it was with a 16th placed finish that two years later would have given them a second chance of survival after the return of the always magnificent Bundesliga relegation play-off games.

Klopp’s relationship with football is complex. Volatile even. Sometimes he empathically gets the better of it, while from time-to-time it seems to mock him. It is as if there is a penalty to be paid in return for some of the greatest times ever.

At Dortmund, he took the club from being financially bailed out by Bayern Munich to wresting the Bundesliga title off them for a couple of seasons before seeing German football’s Bond villain pick off his best players, and defeat him in a Champions League final amid the rancour of Mario Gotze’s transfer between the two clubs.

When Klopp arrived at Anfield it was just months after Raheem Sterling had agitated for a similar move to Manchester City, a situation that really should have put the Black Forest’s greatest son off taking the job.

It didn’t deter Klopp though, and nor did the departure of Philippe Coutinho a couple of years later when trying to build a Liverpool side that was fit for trophy-winning purpose. He simply rolled with the punches and swung back in from an alternative angle.

Five and half years after taking the Liverpool job, the club’s current problems are the equivalent to when his Mainz side slipped to relegation and when his last season at Dortmund began so catastrophically.

Of course, within a year of Mainz’s relegation a bigger job came calling, while at Dortmund he’d already decided where the finish line was when the wheels spectacularly, yet temporarily, fell off.

That’s not to say that our current poor run should be viewed as the firing pistol for the beginning of the end for Klopp at Liverpool. It could just as easily mark the end of the line for some of the elements that brought the club such recent riches, though. 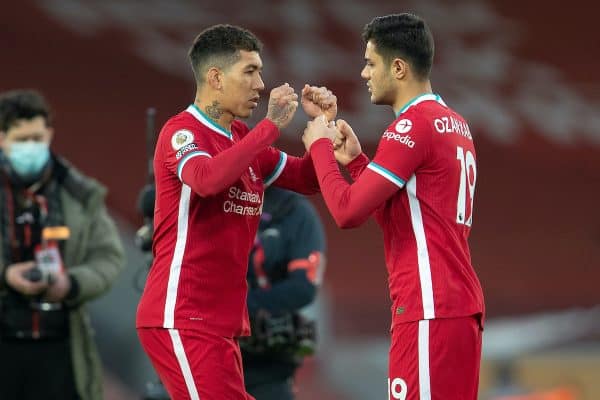 I’ve floated the concept before that Klopp can burn his players out, but that is where footballing evolution comes in.

Klopp demands more of his players than most, which means some will shine brighter for shorter.

In his Dortmund days, Nuri Sahin was probably one of the best examples of this. A player that Klopp sold to Real Madrid after subtracting the best form of his career then using the transfer fee obtained to sign both Ilkay Gundogan and Ivan Perisic with some change to spare.

In turn, Perisic withstood the demands for a season and a half before heading to the less demanding environment of VfL Wolfsburg.

Klopp sees more than we do, and the summer ahead might just see some of the highest-profile departures imaginable in order to fund the type of evolution that will see Liverpool propel themselves forward yet again.

With Klopp’s brand of football, you must accept the extremes, both the positive and negative ones. Rest assured though, the bad times will only serve to make the good times of the highest quality.