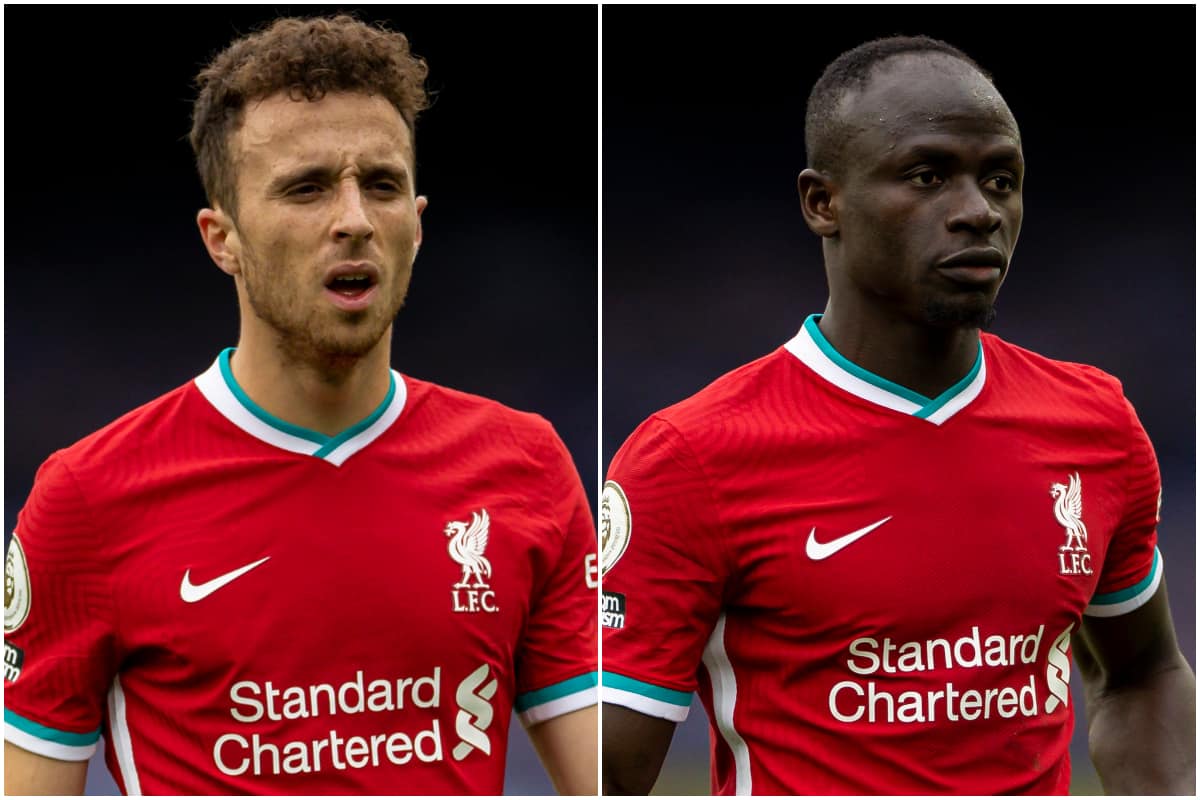 Jurgen Klopp has revealed that Diogo Jota is at least a “couple of weeks” away from returning for Liverpool, while Sadio Mane remains a doubt to take on Man City.

After scoring six goals in their last two away games, the Reds were worrying toothless again on Wednesday night as they limped to a 1-0 defeat to Brighton.

Klopp was again without Mane due to a muscle injury, and having allowed Takumi Minamino to join Southampton on loan on deadline day he opted for Xherdan Shaqiri on the left of his front three.

The Swiss struggled to make an impact, and particularly struggled to replicate the influence of Mane on the wing, with Liverpool ending the game having recorded just one shot on target.

Earlier in the day, the club released footage of Jota training at Kirkby as he steps up his recovery from a knee injury that has kept him out since the start of December, but the forward remains a way off returning.

Speaking to reporters after the Reds’ loss to Brighton, Klopp revealed Jota’s comeback is still at least a “couple of weeks” away, and he could still be out for as long as a month.

“Diogo, I don’t know exactly, a couple of weeks,” he said when asked about the No. 20’s return timeframe.

Meanwhile, Mane is still considered a doubt for Sunday’s title clash with City, with the No. 10 yet to return to team training.

“Sadio might be available for the weekend, I don’t know,” Klopp added. “He didn’t train with the team today. We will see.”