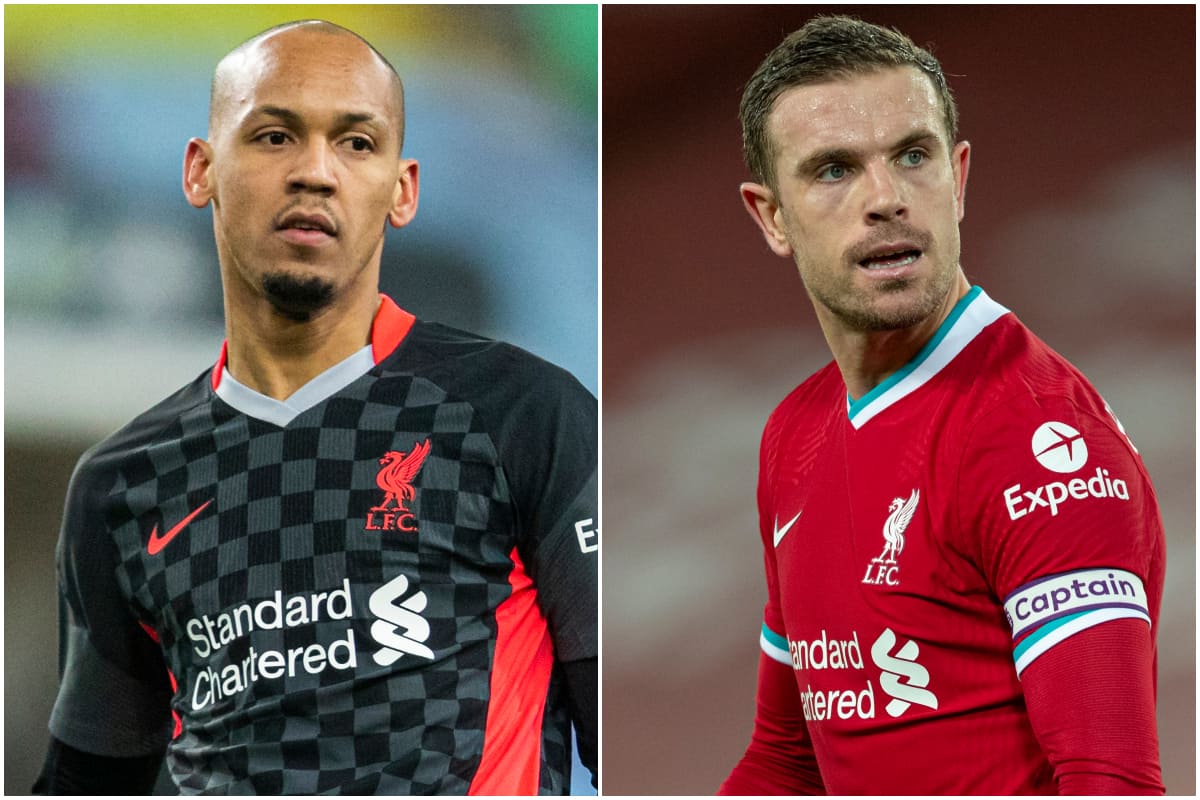 Liverpool manager Jurgen Klopp hopes the defensive reinforcements he brought in on deadline day will allow him to bring some normality to his midfield.

With centre-backs Virgil van Dijk, Joe Gomez and Joel Matip effectively all ruled out for the rest of the season Klopp has been forced to play midfielders Fabinho, almost exclusively, and Jordan Henderson, more recently, in defence.

It has had a hugely significant impact on midfield, where most of Liverpool’s attacking thrust begins, and has contributed to their recent goalscoring problems.

The arrivals of Ben Davies, from Preston, and Schalke’s Ozan Kabak on loan – both of whom are available for Sunday’s visit of Premier League leaders Manchester City – will offer the Reds boss the chance to move one or both players back into their more natural positions.

“But now of course we have different options and that’s good, best news we could get, and now we have to make sure the new boys get as quick as possible with all the information they need.

“In another position you can say ‘come on, play, try, we will see if we adapt a little bit to you’.

“But in the defence the things we do are clear. It’s about holding the lines, it’s about dropping at the right moments, a lot of things all teams do different, and we will see how quickly we can do that.”

Klopp seems unlikely to throw either of his new signings into a must-win match against City, who are seven points ahead at the top of the table with a match in hand, and he will certainly not be fielding both newcomers together any time soon.

Asked whether Davies and Kabak could play together the German said: “No. If I don’t have to, no.’ 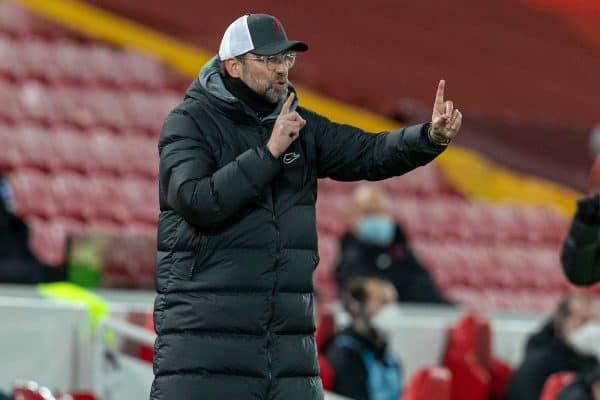 With their recent problems in front of goal, and back-to-back home league defeats after previously going unbeaten for 68 games, the way Liverpool defend is likely to be crucial to the outcome.

“Obviously City at the moment is in a slightly different moment than we are. We should not forget that as well,” said Klopp.

“But one thing is clear: if you don’t defend against City at your highest level then you don’t even think about getting anything out of the game. 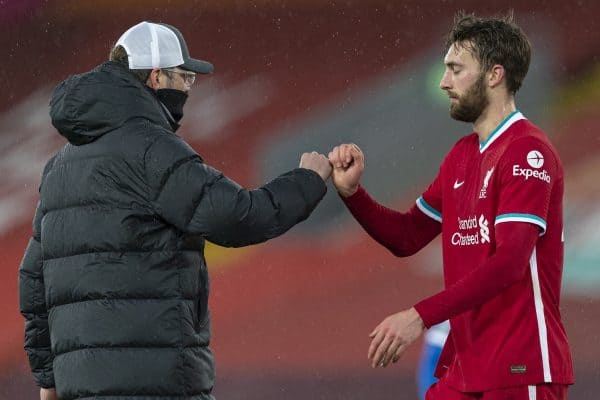 Klopp also said their recent blips at home would not prey on their minds.

“We were not interested [when remaining unbeaten] 68 games in a row so why should we now make the two games we didn’t win bigger than it is?” he added.

“If I could sit here and we’d lost 68 in a row that would be a real sensation. We will try again and it is all about being positive, enjoying football, and making it a fortress again.”