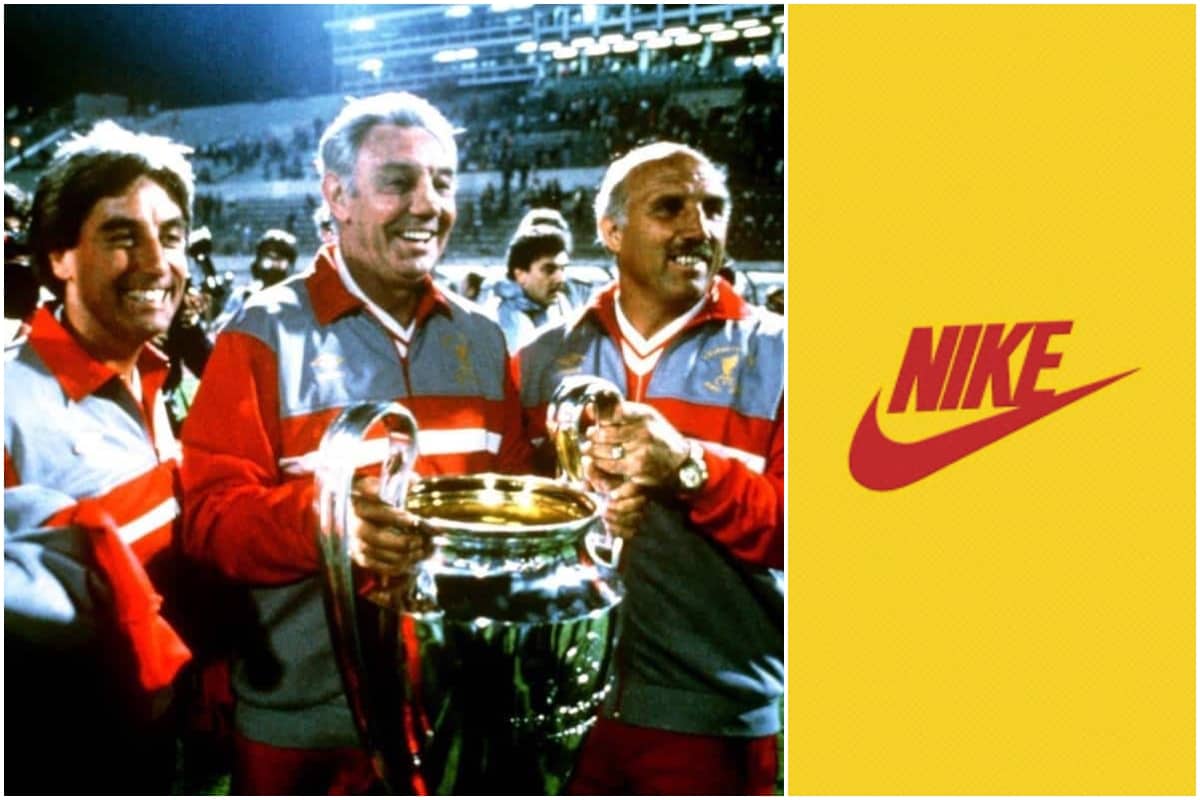 Nike’s plans for next season’s third kit have been leaked, where it appears as though the design from Joe Fagan‘s treble-winners of 1983/84 have acted as the inspiration.

The Reds kicked off their partnership with Nike at the start of the season and have released four kits in that time, the last of which is not for competitive means.

It’s been a successful release for the club and Nike after record-breaking sales and eyes are already cast towards the launch for the 2021/22 campaign.

According to the reliable Footy Headlines and OFOBALL that is, who described the third collection as one with a “classic colour block design in red, yellow, white and grey” which is inspired by Umbro’s 1983 jacket as famously donned by Fagan.

And the kit itself will “be mainly yellow with red, white and grey applications” in an ode to the unprecedented treble which consisted of the league title, League Cup and European Cup.

The pictures provided by OFOBALL showcase the third kit range which includes tracksuit tops in the mirror of Fagan’s in addition to various other training pieces and apprall: 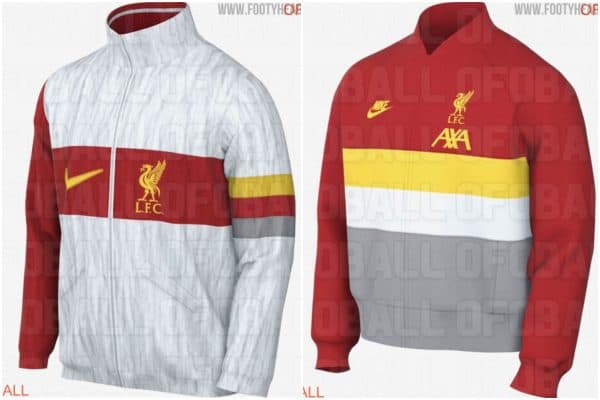 The design is to incorporate the ‘Nike Futura Swoosh’, where “a very classic approach” is to be taken with the third kit to be worn by Jurgen Klopp‘s side.

This leak comes following rumours around the next away strip, which is to be a throwback to the fan-favourite classic ecru kit from the 1996/97 season.

There is still, of course, a number of months before the release and as such plans could change but it all sounds very appealing and will no doubt be popular among the Reds faithful.

And few would be complaining if it were to inspire another treble-winning season.