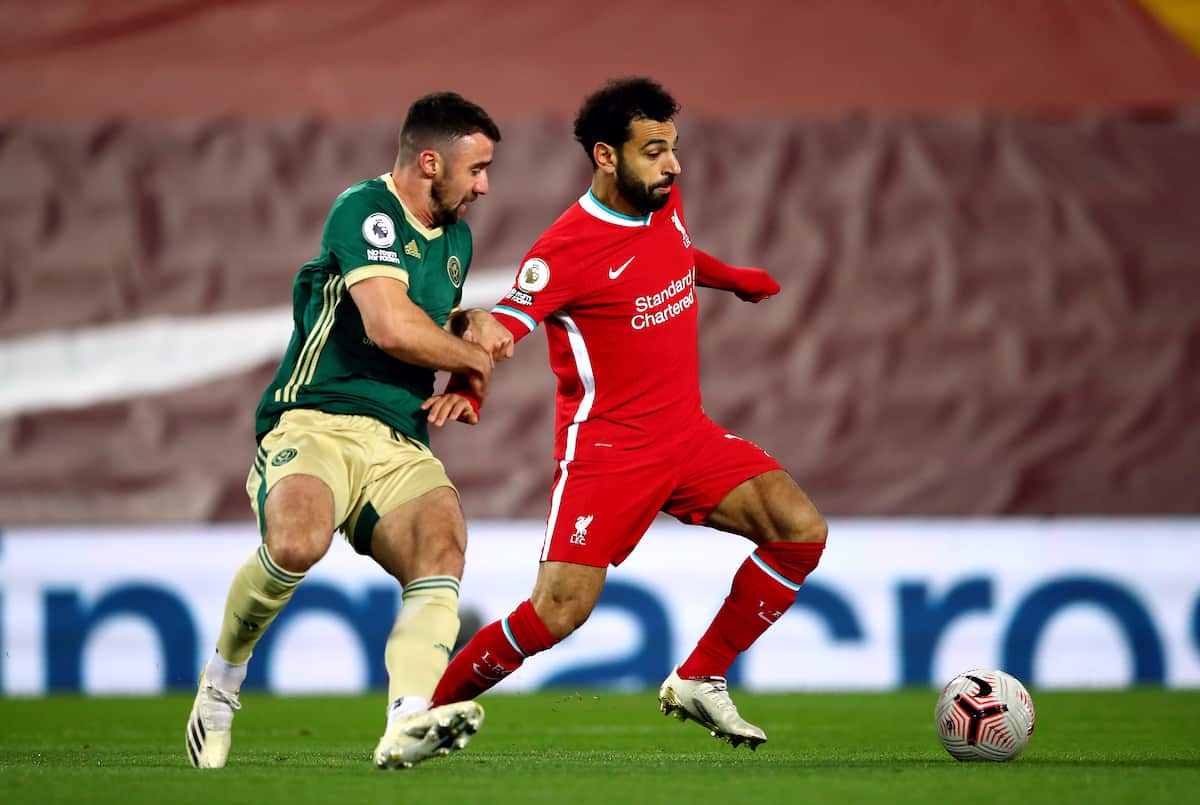 When these two teams last met Liverpool were well and truly in the title race, but four months later the Reds head to Sheffield United desperately fighting for a top-four spot.

After a rare eight-day break, it’s time to get back on the road and the league’s cellar-dwellers await with a familiar face in tow.

It’s been tough going for Liverpool of late and the defeat to Everton didn’t help matters, with our lack of potency in front of goal on show once again.

But it was a result to completely wipe from the mind with a great deal of urgency, especially as it was compounded by another injury to Jordan Henderson. We just can’t catch a break.

And now another opportunity to turn our fortunes around is on the table, this time in the form of a threadbare Sheffield United side with a long injury list of their own.

To say a win here in non-negotiable would be an understatement, not just because of the opponent but for the hopes of ending the season with a place in the top four.

There are glimmers of hope, however, with familiar faces on the cusp of a return for the Reds and a victory in South Yorkshire could be just the ticket as sometimes all you need is one win.

The injury merry-go-round has continued and taken Henderson as its latest victim, with the captain now facing at least two months on the sidelines.

The 30-year-old has undergone a corrective procedure for his groin injury, where various reports suggest a layoff anywhere between six and 10 weeks – with Klopp hinting it could be longer.

And while both Fabinho and James Milner will also be absent at Sheffield United, with a return to training only pencilled in for Saturday, the good news centres around Diogo Jota.

The No. 20 returned to team training on Wednesday and the boss says he “looks very good,” although a decision on how he is reintroduced into the matchday team remains to be seen.

A place on the bench is likely, however, while no decision has been made over Alisson following the tragic passing of his father.

As ever, all eyes will be on the defensive line on Sunday, as Fabinho‘s absence offers Nat Phillips, Ben Davies and Rhys Williams an opportunity to sit alongside Ozan Kabak.

For the Blades, meanwhile, they have an injury crisis of their own with Jayden Bogle, Chris Basham, Lys Mousset, Jack Rodwell, John Egan, Jack O’Connell, Jack Robinson and Sander Berge all out of contention.

Last 5 Away to Sheffield United (All Competitions) 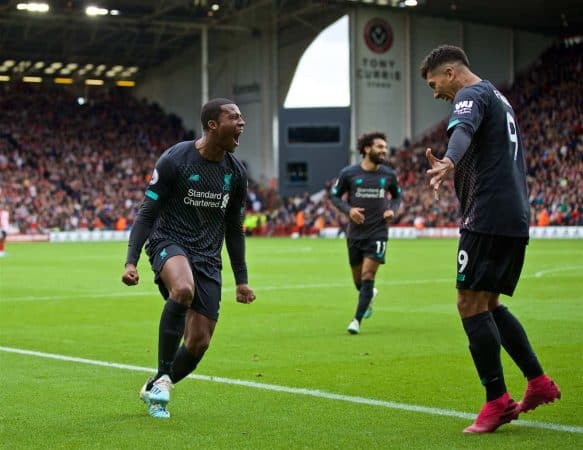 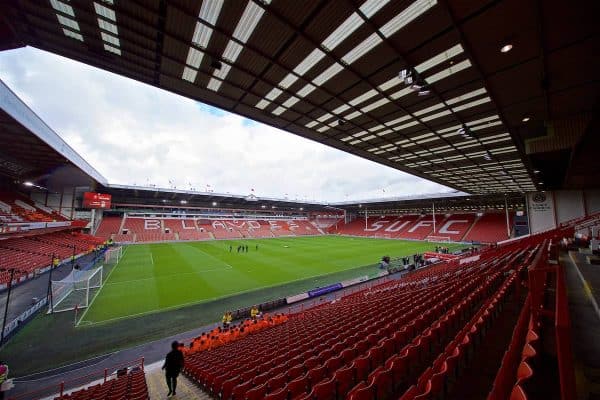 We’re all for searching for the positives but this little piece of information was too good, the irony is not missed, to pass up.

In 2021, the Premier League‘s cellar-dwellers in Sheffield United have picked up more points than the reigning champions. Let that sink in for a moment.

With three top-flight wins to their name in the calendar year so far, against Newcastle, Man United and West Brom, they have picked up nine points. Whereas the Reds have just seven points.

At this point, you just have to laugh.

Speaking in his pre-match press conference, Klopp is expecting to have a fight on his hands against Wilder’s side:

“Sheffield United is a strong side with a difficult, difficult start in the season.

“Meanwhile, the last 10 games I think, the results were much different. You can see that, they are much more confident, all these kind of things.

Sheffield United vs. Liverpool kicks off at 7.15pm (GMT) and will be shown live in the UK on Sky Sports Premier League and Sky Sports Main Event, with coverage from 7pm.

Ben Twelves will be keeping you entertained and up to date with all the action on our usual matchday live blog, starting from 6.30pm.