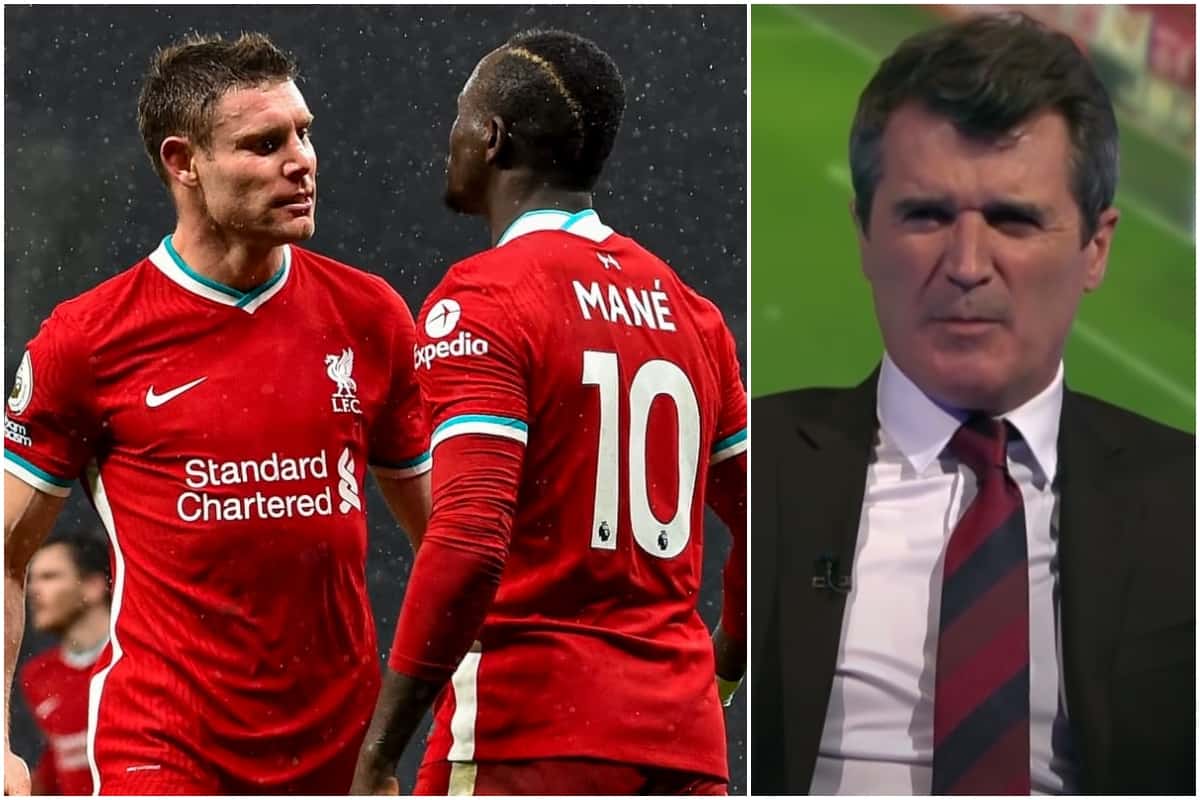 Roy Keane brazenly claimed that he never heard Liverpool state their desire to retain their Premier League title in 2020/21, but it’s simply not true.

The Reds all but saw their hopes of clinching back-to-back league titles end at the hands of Man City on Sunday, with the 4-1 defeat opening up a 10-point gap over Jurgen Klopp‘s men.

The season has been one of hardship and turbulence with countless injuries to key figures and fatigue, an ever-growing concern as a result, not to mention the absence of fans and playing during a pandemic.

But while the month of February has seen their hopes dashed, it was not the case earlier in the season when many were praising the Reds for navigating the tough cards they had been dealt.

Keane was no different, although you wouldn’t have assumed as much if his comments on Sky Sports after Sunday’s game were anything to go by.

After the first meeting with City back in November, Klopp’s side were one point off the top and two points ahead of Pep Guardiola’s men.

And Keane said at that time: “I always look at teams who have won the league, they have that mindset, the body language, the desire.

“I see a lot of that in this Liverpool team and I still think that it’s going to take a lot to stop this team.”

Fast-forward merely three months and the ex-Man United man was labelling Liverpool “bad champions” and claiming that he “never heard” any of the players state their desire to repeat the feat.

“They are making a lot of excuses. To me they’ve been bad champions,” Keane said on Sky Sports after Sunday’s defeat.

“In my mindset when you’ve won a league title you’re next challenge is ‘can we do it again’.

“I never got the impression from this squad/group, from their interviews, even from the manager last year when they won it were they saying ‘what’s the next step for Liverpool?’. No. Almost let’s enjoy this.

“Obviously it was a long wait, 30 years, but I never heard any of the players come out and say ‘I want to do it again’. That’s the key.”

To put it politely, it’s just not true. And it’s easily proven, with interviews from Keane’s employer after the title win last year even documenting as such:

It might not have been what Keane wanted to hear and perhaps that it is why it was conveniently forgotten, but to suggest Liverpool never stated their desire to back up their success is clearly inaccurate.

The season obviously has not gone the way Klopp and Co. would have hoped for when they set out to retain their long-awaited league title but their intent and desire cannot be questioned. Not even for a second.

Wouldn’t that be the very definition of desire and a winning mentality, Roy?