Former Liverpool midfielder Pedro Chirivella has explained how he took a personal role in helping Curtis Jones develop on and off the pitch during his initial rise.

Jones has now been a part of the Reds’ first team for almost three years, and having turned 20 at the end of last month is expected to break the 50-game mark for the senior side by the end of the season.

The midfielder is now an established player under Jurgen Klopp, and has been trusted to start a number of big games already this season, including four in the Champions League.

While Jones has long possessed the technical ability to break through, he made great strides in his final stretch in the academy when it came to his mentality.

That appears to have stemmed partly from an informal mentorship from Chirivella, who returned to Liverpool last season from a botched loan spell at Spanish side Extremadura to rejoin the under-23s aiming to be “the best role model possible.”

“All I want is to play football, so if I cannot play football on loan because they don’t want me to go on loan, I would never say no to an U23s game or even a friendly,” Chirivella told the Football Journeys podcast. 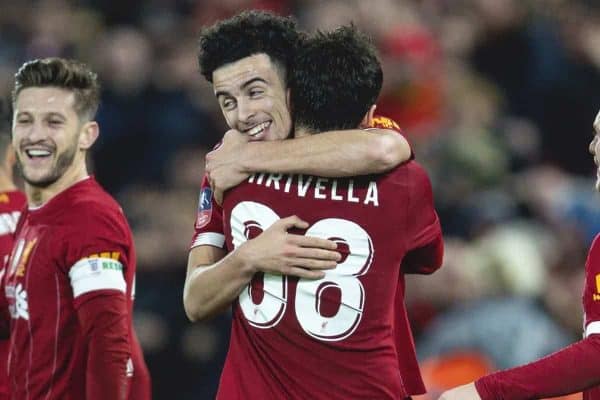 “You can speak to anyone, I wanted to play every single match.

“And I was excited because I saw players coming through from the U18s that I thought were going to be big things in the future.

“So I wanted to be the best role model possible, to try to help them get to the level Curtis is at at the moment.

“Curtis, he’s a player you have to know well. He has such a big personality, sometimes he can seem a little bit cocky.

“He’s so confident, and he knows that he’s so good – especially at U23 level – that you have to manage him in a way that he feels good around the team.

“I think the relationship between me and Curtis on the pitch, as well as outside the pitch, helped him to be a little bit more mature on the pitch, especially in his first season with the team two years ago.

“He trusted me on the ball, I trusted him on the ball and we spoke a lot about football off the pitch.

“I’m so happy to see him doing so well, because from day one I thought he was different to all the players.” 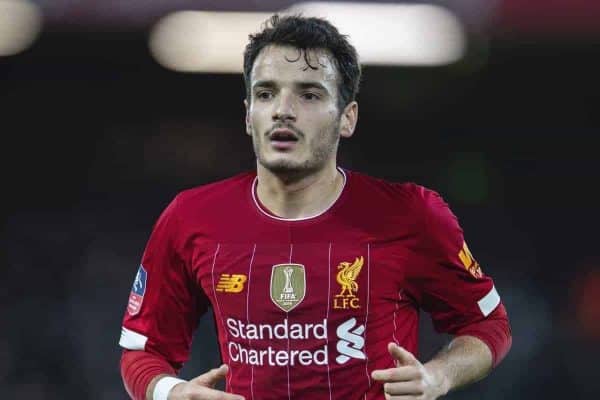 Chirivella’s two-part interview with Football Journeys details a seven-year spell with Liverpool dogged by misfortune – as three times his progress was halted by administration errors, most notably one that denied him the chance to play for Extremadura.

But his unlikely role with the first team last season, which included captaining Neil Critchley‘s young side in the 5-0 defeat to Aston Villa in the League Cup, showed his commitment and professionalism throughout.

There will be any number of unsung heroes in the pathway of a young player to Klopp’s ranks, from coaches and agents to club liaisons and training ground staff.

No doubt Jones would attribute part of his progress to the close relationship he shared with Chirivella.