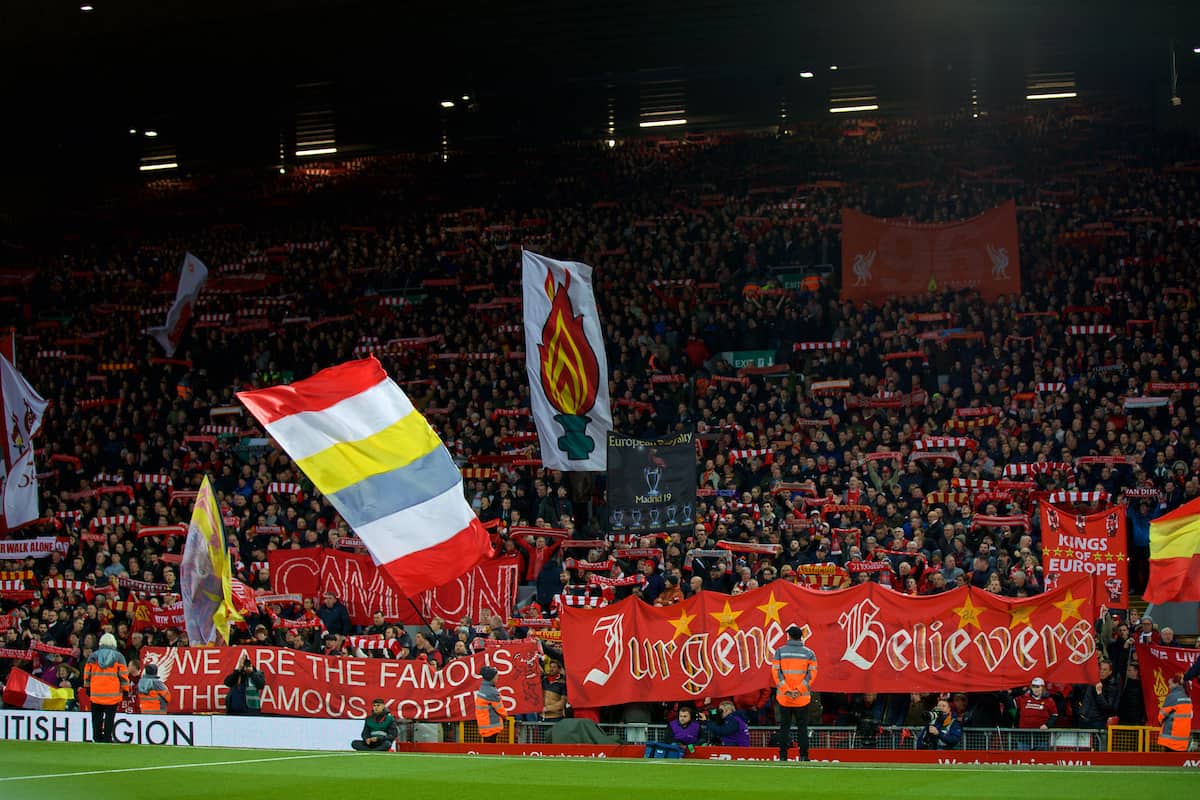 Pep Guardiola has often cited the role of the crowd in these games, which could go some way to explaining why Man City haven’t won at Anfield since May 2003.

But, of course, there will be no crowd for the first time in this fixture on Sunday, with last season’s meeting at Anfield taking place in November 2019 – long before the notion of ‘null and void’ was in the minds of rival fans.

The Reds won 3-1 that day, moving eight points clear at the top. This time, it’s City who can go 10 clear with a win.

Anfield would be well up for this one, the Kop would be full early, the crowd would be kicking every ball. The Liverpool players would thrive off that atmosphere.

Alas, we can’t do that – but we can listen to the tunes that legendary ‘Voice of Anfield’ George Sephton would be playing pre-match to get us up for it.

George and KopConnect Radio’s Marc Kenny are here to get you in the mood – listen below now:

From The Mighty Wah to Dario G, these are the songs that George would be playing at Anfield as the title heavyweights go head-to-head on Sunday.

Give it a listen (above) and let us know your thoughts on the show in the comments below.