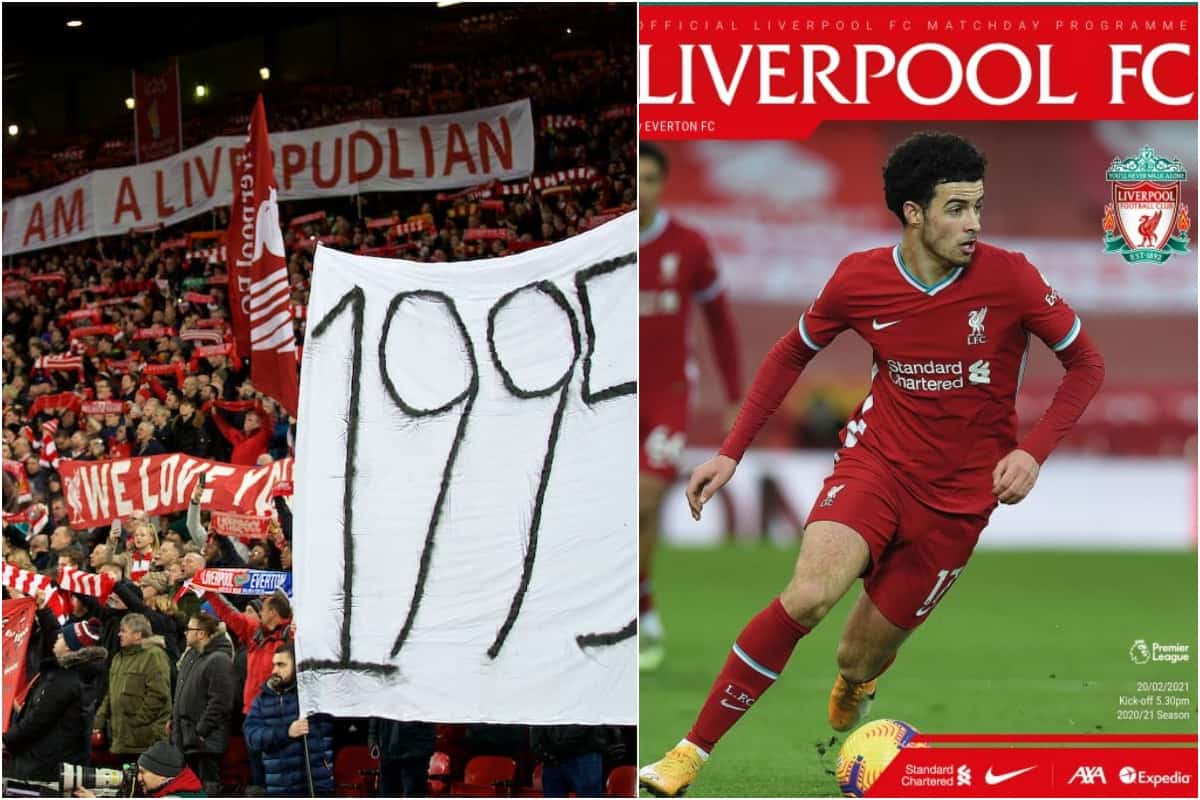 It’s the game most Liverpudlians first look for when the fixtures are released, but this weekend sees the first Merseyside derby at Anfield without fans.

Anfield would be packed, fans would be in there early and in full voice. All the banners, flags and Kop wavers would be out in force.

One thing that is synonymous with Anfield on a matchday is The Voice of Anfield, George Sephton.

For George, a heavyweight meeting of Jurgen Klopp and Carlo Ancelotti evokes memories of former battles between managers on Merseyside.

“This is where it all belongs, this is where the history is,” says George. “I’d be so pleased if it went back to the good old days with Liverpool number one and Everton two in the league.”

“Having seen so many ups and downs, I’m still very optimistic about how this season turns out. This week could be the turning point.

“All our troubles, by and large, stem back to the away derby match. So this is payback time!”

You can listen to George in conversation with KopConnect’s Marc Kenny, discussing the match, their derby memories, and playing the sounds to get you going pre-match: