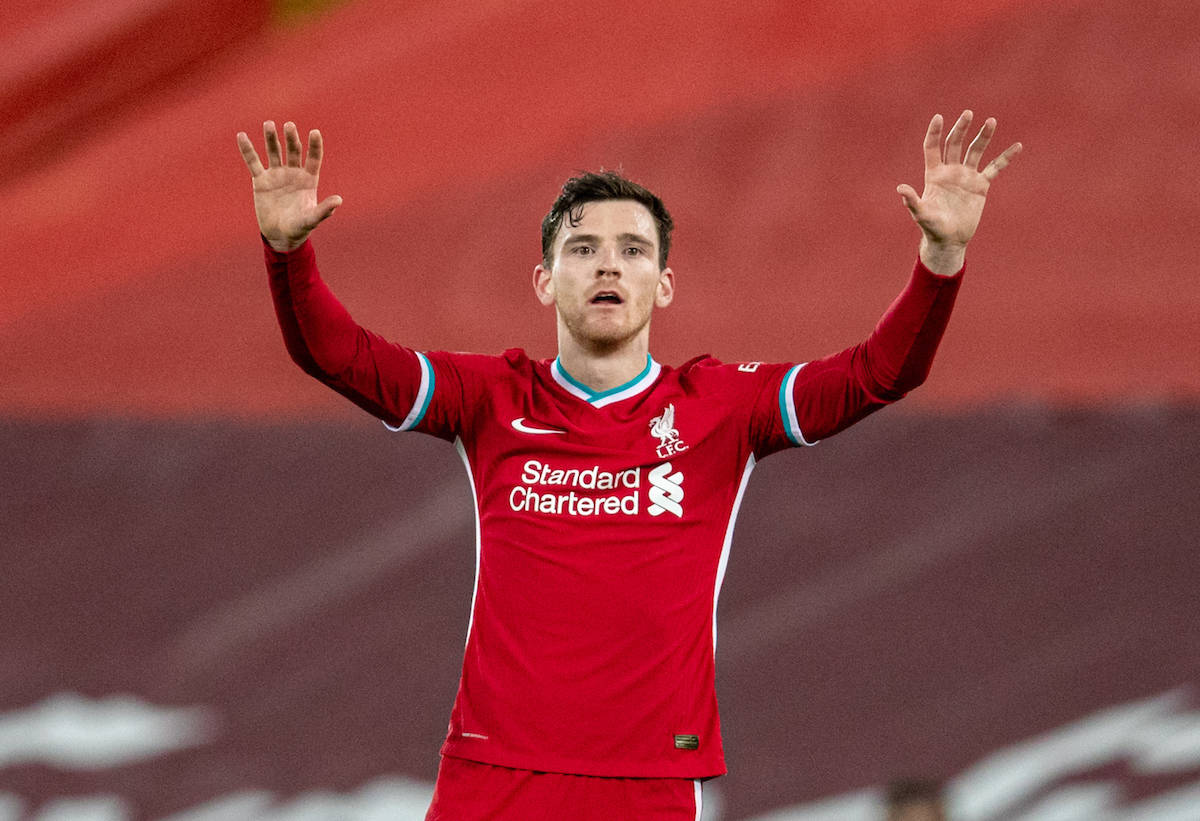 Andy Robertson lamented “too many heads” dropping when the Reds fell behind against Chelsea, with Liverpool “nowhere near” good enough at this stage of the season.

The Reds sunk to a new low with their 1-0 loss at the hands of Chelsea, with the result resigning Jurgen Klopp‘s side to a fifth successive home defeat for the first-ever time.

It was an outing that personified the woes of this season, with missteps punished and a lack of potency in attack ensuring there was to be no comeback after Mason Mount hit the opener.

And it was the response to Chelsea‘s goal which got under Robertson’s skin as Liverpool can ill afford to wilt if they are to put pressure on those around them in the race for the top four.

“These games are won and lost on fine margins and these goals can’t happen. For us to get beaten on the counter-attack is not good enough,” Robertson told Sky Sports post-match.

“Five home games without a win, that is nowhere near good enough. Nothing is going to help the fans at home and it is simply not good enough because games are running out for what we want. 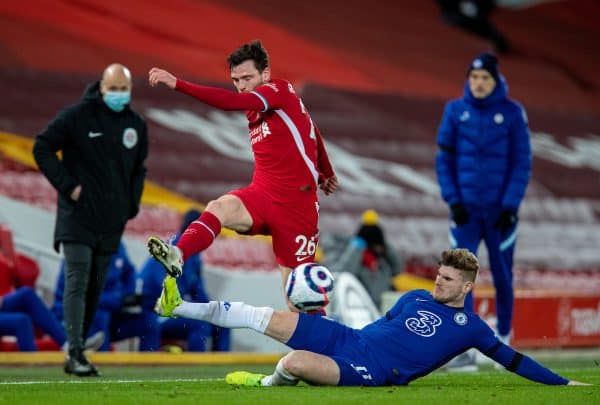 “Too many heads are going down when we go 1-0 down, we can’t do that. Football is about taking knocks.

“We can’t rely on the past. Last season is over with, it is done. We have nowhere near been good enough to what Liverpool team should be. We are dropping further and it is not good enough.

Such words show how far the Reds have fallen, as the mentality giants now feel like a distant memory but as Robertson noted, they can no longer rely on past success to fuel this campaign.

Liverpool have just 11 league games to save their season and a swift response is non-negotiable when Fulham look to become the latest team to cash in on the Anfield woes on Sunday.