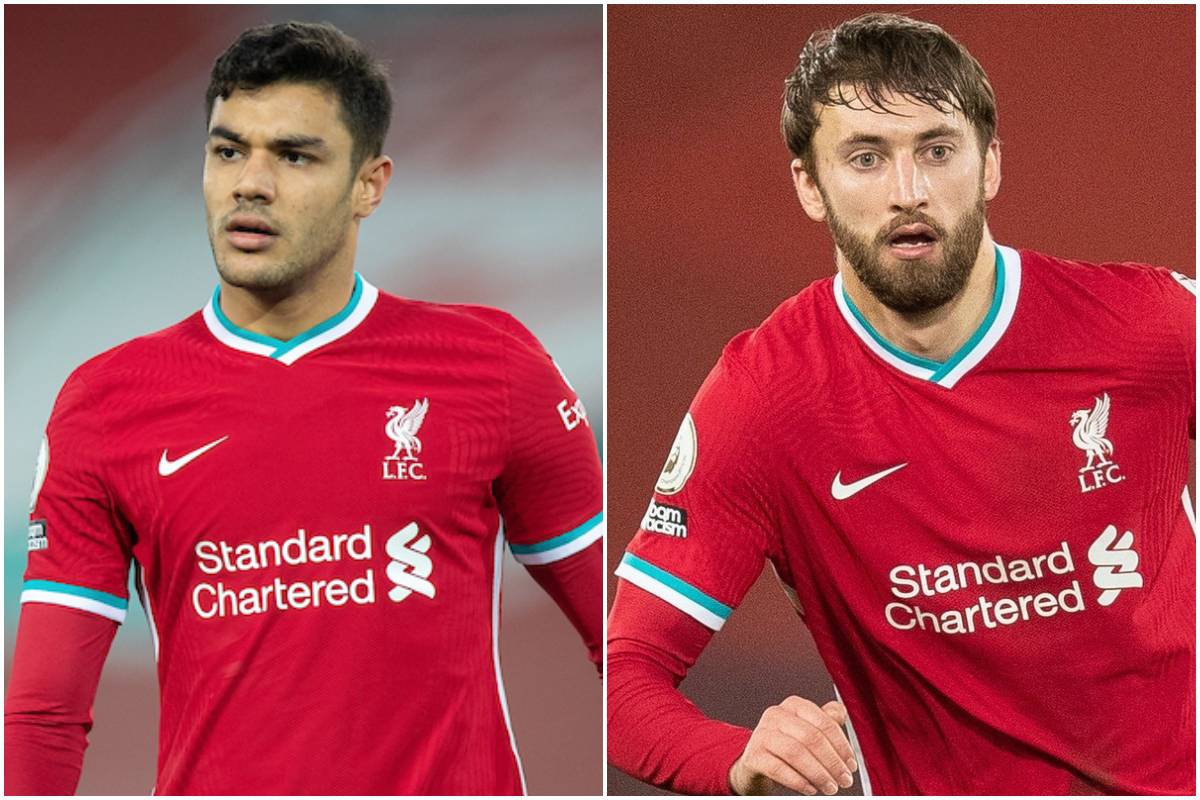 Jamie Carragher has praised the teamwork of Nat Phillips and Ozan Kabak in the infancy of their centre-back partnership after their display at Wolves.

A pairing none would have predicted to take the field as part of Liverpool’s defensive core at the start of the season, Phillips and Kabak have swiftly become Jurgen Klopp‘s go-to combination.

The duo have featured alongside one another on four occasions, three times from the start, already making them the Reds’ third most-used combination at centre-back.

Klopp recently touched on his intent to see the duo consistently start until the end of the season, paving the way for Fabinho to move back to his favoured midfield role.

And at 23 and 20 years of age they are certainly on the young end of the spectrum, a set of circumstances Carragher noted young centre-backs would not find ideal.

But after their third clean sheet in as many starts at Wolves, Carragher was complimentary of their work in unison after the 1-0 victory.

“Two clean sheets on the bounce, the last three games they’ve [started] together all three have been clean sheets,” the former Liverpool defender said on Sky Sports.

“It’s the same when you’re talking about old players as well, you want that nice balance.

“But certainly [at centre-back], you want the experience when you can get it.

“Liverpool are not in a position to do that, but I thought the two were really good [at Wolves]. What they did is they helped each other out.

“Because they’re young they will make mistakes, I’m not talking about glaring mistakes that led to big chances, just little things I see through experience.”

Carragher pointed to a number of examples of their awareness of the other, the key one being Phillips’ decision to charge into the attacking half and leave Neto bearing down on goal in the second half.

Kabak was pulled across as a result but, importantly, did not engage and the fact he didn’t “do anything, is the best thing.”

“You want to win every ball and you go flying into people,” Carragher said of Phillips’ impulse. “As you get older [you say] I don’t need to get involved in that.”

It was one of a number of instances on the night, which also saw roles reversed, but that they were aware of the other and were on hand to assist was a pleasing sight for the former No. 23.

“When one of them was found just a little bit wanting, wasn’t often and it was small things, their mate was always there to help them,” Carragher continued.

“That’s what playing centre-back is about. It’s a partnership, it’s not about having one player who is amazing, you work together and they did.”

Phillips and Kabak have not had the luxury of time to form the new cornerstone of Liverpool’s defence, but despite the weight on their shoulders they continue to look increasingly at ease with every game that passes.

And that can only bode well for Klopp and Co. after a campaign of continuous enforced changes.