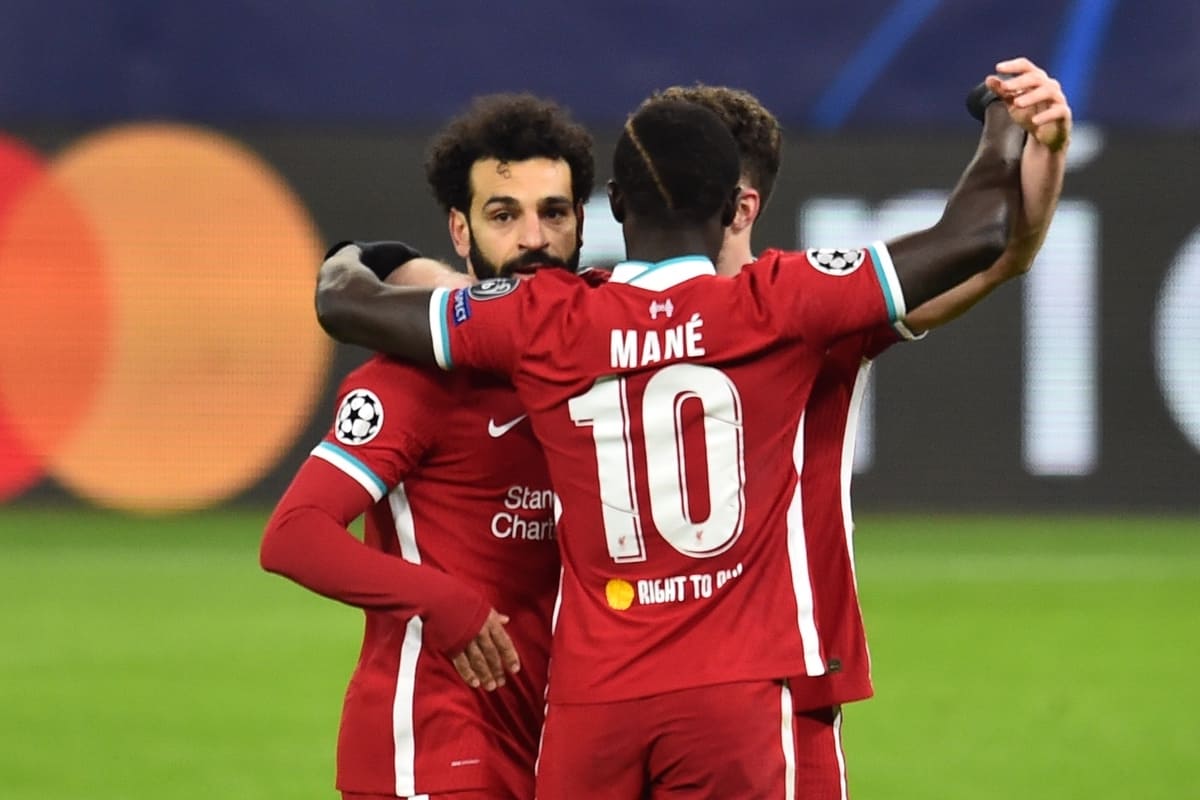 Liverpool were impressive against RB Leipzig on Wednesday night, winning 2-0 in Budapest to book their place in the Champions League quarter-finals.

Jurgen Klopp‘s men had a welcome break from Premier League action, taking a 2-0 lead with them into their last-16 second leg clash.

Liverpool were the better team in a goalless first half, but the front-three of Mohamed Salah, Sadio Mane and Diogo Jota were all guilty of missing great chances.

Salah made amends with 20 minutes remaining, however, finishing well after a slick move to finally give the Reds a deserved lead.

Mane doubled Liverpool’s advantage soon after to put the tie to bed, with the Merseysiders seeing out the game and making it into the quarters.

There was much delight after the final whistle…

Brilliant seeing the players and managers smiling isn’t it. Get innnn

Boss ???? difference a goal makes loads of good performances all over the pitch

Star performers Fabinho and Phillips received the most praise…

Fabinho in midfield is life

Fab in MF from now on please. Monster #LFC

Tonight showed why Fabinho has been such a monumental miss in midfield this season. Reads the game so well, breaks up play & provides so much control to this side. Wijnaldum & Thiago far more progressive as a result.

“Fab in the middle. Phillips and Kabak immense today.” – Paul Hibbert on Facebook.

What a performance by Nat Phillips, Yet again. pic.twitter.com/dmlTmDjikd

First of all, Nat Phillips. Some performance by Liverpool that, given recent form. But Nat Phillips my word. Champions League debut, imperious. Take a bow. #LFC

Shout out for Virgil Van Phillips ?

Reds fans joked about playing in Budapest all the time…

Can we schedule all our games in Budapest ?

Liverpool have scored more home goals in Budapest than in Liverpool in 2021.

“Can we play at this ground every home game! ” – Bennie Rednose Kopite on Facebook.

Might be good if the club bought no new players in the summer and spent the money on airlifting Anfield to Budapest tbqhwy.

Some were giddy and dreaming of Champions League glory in May…

All I want for the quarter finals is for Bayern to draw City and for us to draw not-Bayern or not-City.

“Wouldn’t it be ironic if Liverpool won the Champions League” – Gary White on Facebook.

Ataturk stadium, how are we?