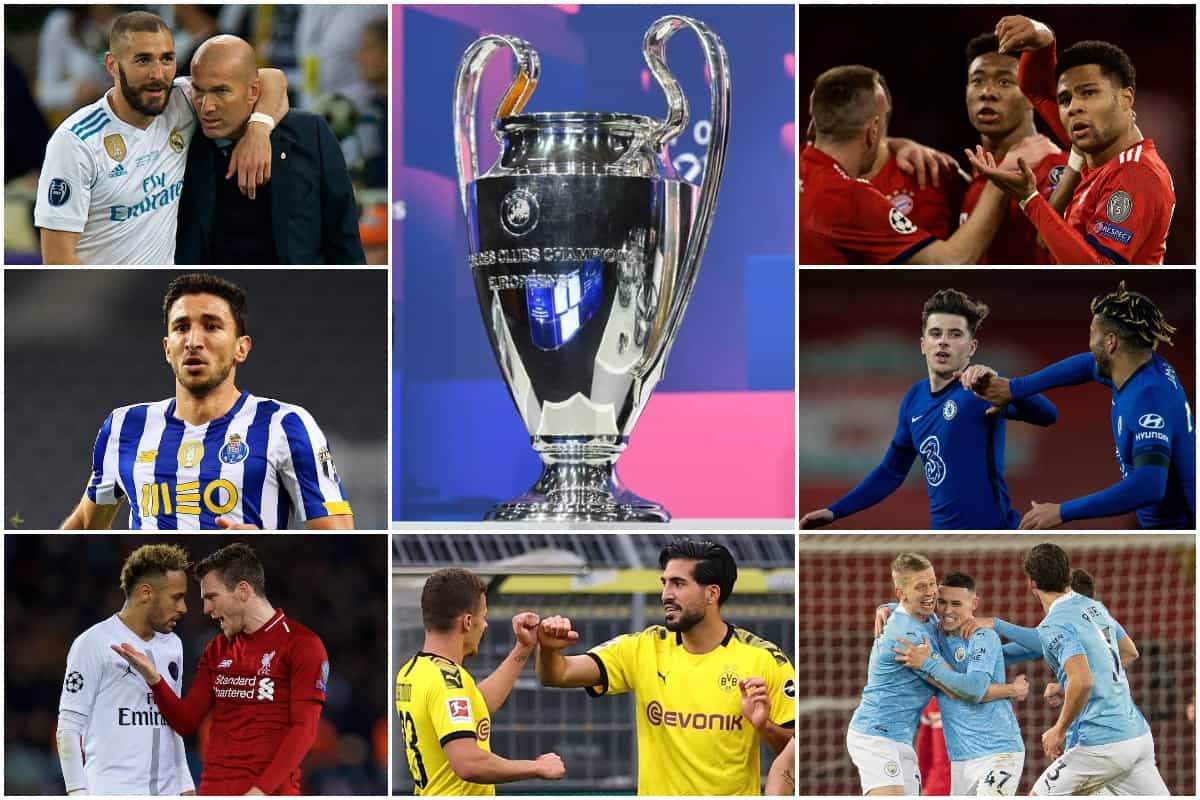 After putting four unanswered goals beyond RB Leipzig, Liverpool secured their place in the Champions League quarter-finals. But who do Reds want or wish to avoid in the draw?

Jurgen Klopp‘s men will play out their third quarter-final in the competition under the manager in April thanks to their last-16 victories in Budapest.

The Reds are in the draw alongside Bayern Munich, Dortmund, Porto, Paris Saint-Germain, Real Madrid, Man City and Chelsea, with all possible opponents in Friday’s draw.

Each possesses their own pros and cons, some more than others, and will prove a hurdle to overcome to progress to the semi-finals.

Liverpool have met five of the seven teams throughout their last three seasons in the competition, but who will they face this time around?

Here’s what supporters had to say over who they want to see come out of the bowl and who they wish to avoid on Facebook, Twitter and This Is Anfield.

There was a common consensus on the ideal opponents…

Give us Porto man, we need some luck. Im kinda certain we are getting Chelsea or more likely City though

“Some tasty potential fixtures there. Don’t really care who we draw, but if I had to pick the one, it’s Real.”

– Seino on This Is Anfield.

“I believe Porto and Dortmund will be preferable and avoiding Bayern with PSG, for now, will be the best idea.”

– OBAIDIKU CHRISTIAN on This Is Anfield.

the weakest is porto, but they’re not just a walk in the park. all of these ties are hard, but i’d want madrid more than anyone

i’d take dortmund porto or real. want to avoid city and bayern. chelsea and psg would be tough but not impossible

City and Chelsea, meanwhile, are ones to avoid…

Everyone apart from Porto?

That's as strong a looking last 8 as you can really get, Porto aside. I'd prefer to avoid an English team tbh.

“Think we need to avoid Bayern and Man City at all costs. Wouldn’t mind Real Madrid as I genuinely think we can beat them.

Porto would the ideal choice but this is the quarter-finals of the Champions League and there are no easy games. Just ask Juventus!!!”

– Habibur Rahman on This Is Anfield.

The English teams. So boring. But other than that, we're going to have to face a team we don't like at some point if we're going to win it. Nothing we can do about it.

Avoid: Bayern, City, PSG
Anyone else would be fine
Dream draw would be Porto

And there were even some light-hearted comments about avoiding Anfield…

Let us know in the comments below who you want in the last eight, and who would you rather avoid?