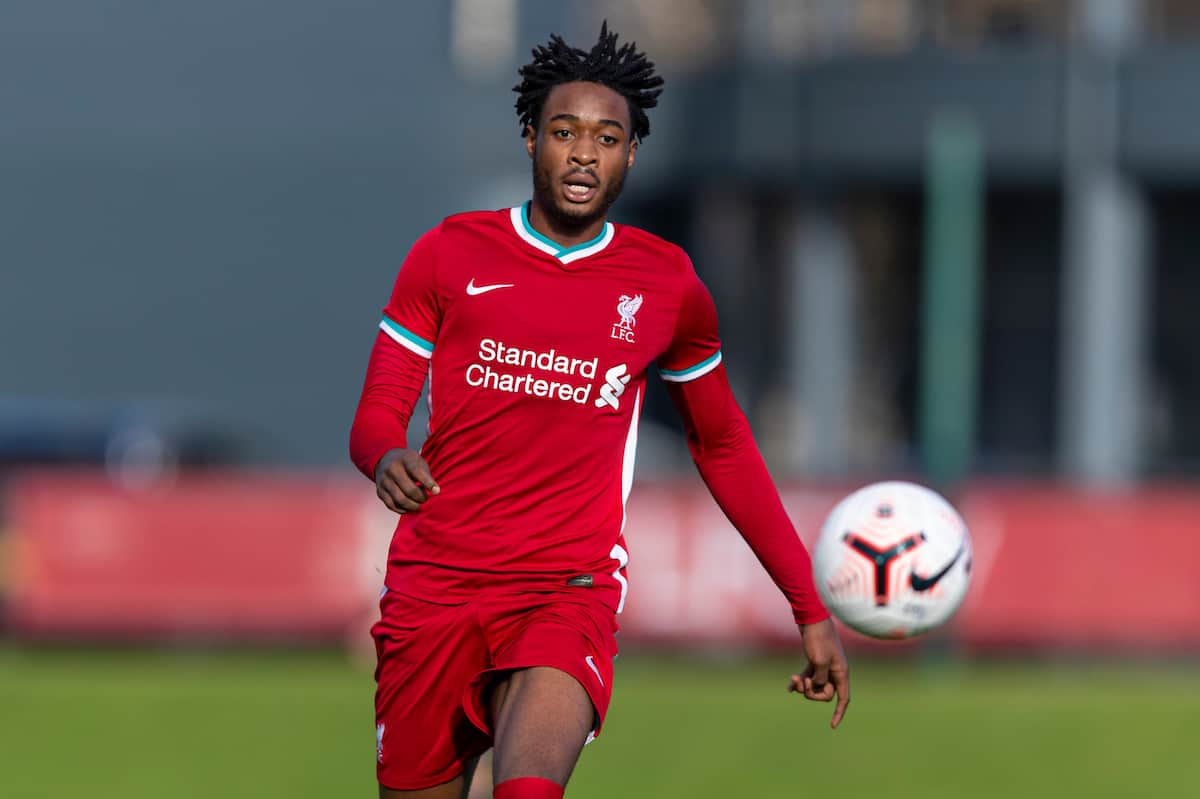 James Balagizi made two assists in his second start back from injury as the Liverpool under-18s cruised to a 3-0 victory at Newcastle, restoring their title hopes.

Balagizi missed almost three months with an ankle injury, but made his immediate return to the starting lineup for the U18s’ 1-0 defeat on Man United last weekend, and followed that up with another start on Saturday.

The 17-year-old took his place in midfield alongside Dominic Corness and Luca Stephenson, providing guile and creativity in the advanced role in the trio, supporting an attack notable for the absence of Kaide Gordon.

Mateusz Musialowski has been a regular presence in the front line in recent months, and the young Pole – one of the young Reds’ standout performers in his first season with the club – got Liverpool off the mark within the first nine minutes.

It was Musialowski’s fifth goal of the campaign, and set the U18s on their way to a dominant first-half display, played in the strong winds on Tyneside.

The second half saw the young Reds begin strong as Balagizi teed up Corness to make it 2-0, before notching another assist as Max Woltman tied up the scoring soon after, in a game that saw Liverpool fire 18 shots on goal to their hosts’ seven. 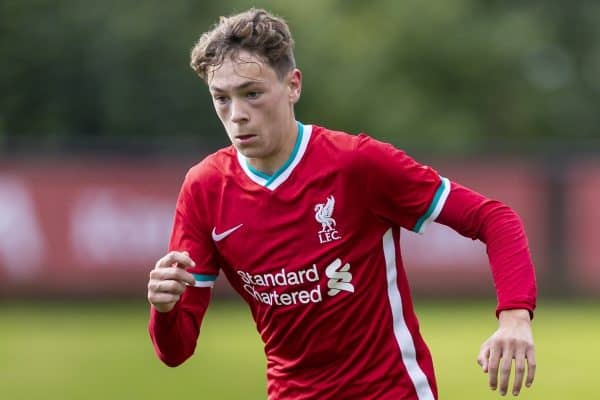 Marc Bridge-Wilkinson was able to use the lead to manage the minutes of the returning duo of Balagizi and Stephenson, with 16-year-old right-back Luke Chambers coming on for his first appearance since October as Isaac Mabaya shifted to midfield.

It served as the perfect preparation for the return of the FA Youth Cup on Tuesday night, with Sutton United the visitors to Kirkby as the young Reds look for a strong start to the delayed tournament.

The likes of Corness, Balagizi, Mabaya and Musialowski are likely to take a focal role if they do, as they form an exciting new core for the U18s in the second half of the season.