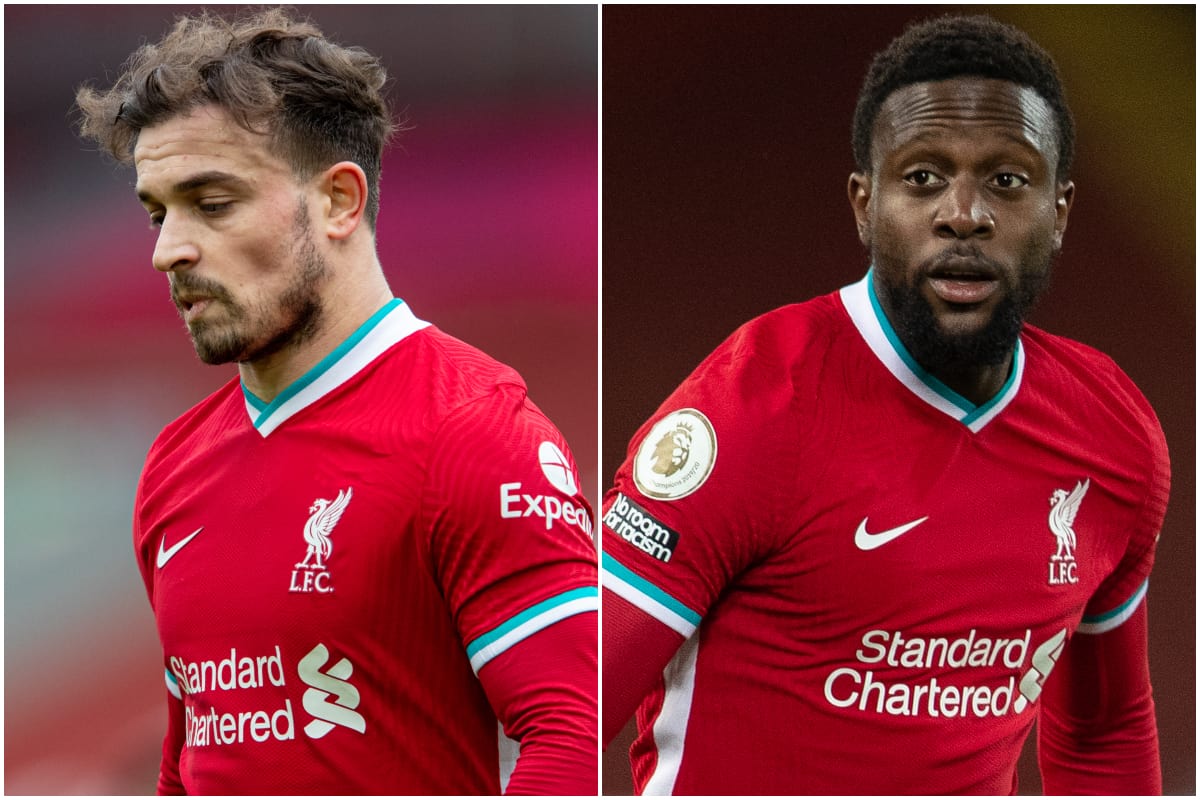 Liverpool are claimed to have made their minds up regarding Marko Grujic during his loan at Porto, while Xherdan Shaqiri and Divock Origi are also among those up for sale.

Though there are still two months left of the current campaign, the wheels are already in motion to prepare for the next, with a host of incomings and outgoings expected.

RB Leipzig centre-back Ibrahima Konate is due to become the Reds’ first signing of the summer, but beyond that there are likely to be a number of other players brought in, too.

They will need to be financed, at least partly, by sales, and despite the financial impact of the pandemic, Liverpool will be looking to pick up fees for a number of fringe players.

According to The Athletic‘s James Pearce, among those the club will be “open to offers” for are Shaqiri and Origi, who have made 13 starts between them so far this season.

Grujic, who has struggled for starts himself at Porto this season, is also reportedly available, along with Harry Wilson, Sheyi Ojo and Ben Woodburn.

In theory, Liverpool could recoup a significant fee if they were able to sell all six of those players, but there may be the continued issue of finding buyers, exacerbated by the current situation.

A lower asking price may be required for Shaqiri, Origi and Grujic, given they have all been on the market in the past only to struggle to attract enough interest.

The same can be said of Woodburn, who suffered a number of setbacks on loan at Blackpool earlier this season, returning in January to take up duties with the under-23s.

Wilson and, in particular, Ojo may be easier to advertise, however, given their success together at Cardiff – and it could be that Ojo is in fact the first out the door if the Bluebirds look to bring him in on a long-term basis.

The 23-year-old has been a revelation in the Championship, and especially under new manager Mick McCarthy, taking up a starting spot up front to bring his tally to five goals and seven assists in 37 games so far on loan.

There are likely to be other players up for sale, too, with the likes of Loris Karius, Liam Millar, Kamil Grabara and Taiwo Awoniyi possibly made available.

Jurgen Klopp could even consider parting ways with Alex Oxlade-Chamberlain, while the future already does not look particularly bright for the likes of Kostas Tsimikas and Ben Davies.

Adrian will leave on the expiry of his contract, and Yasser Larouci will depart on a free as part of the academy cohort whose terms are up.

Uncertainty reigns over the future of Gini Wijnaldum, but at this point it seems he will also move on.