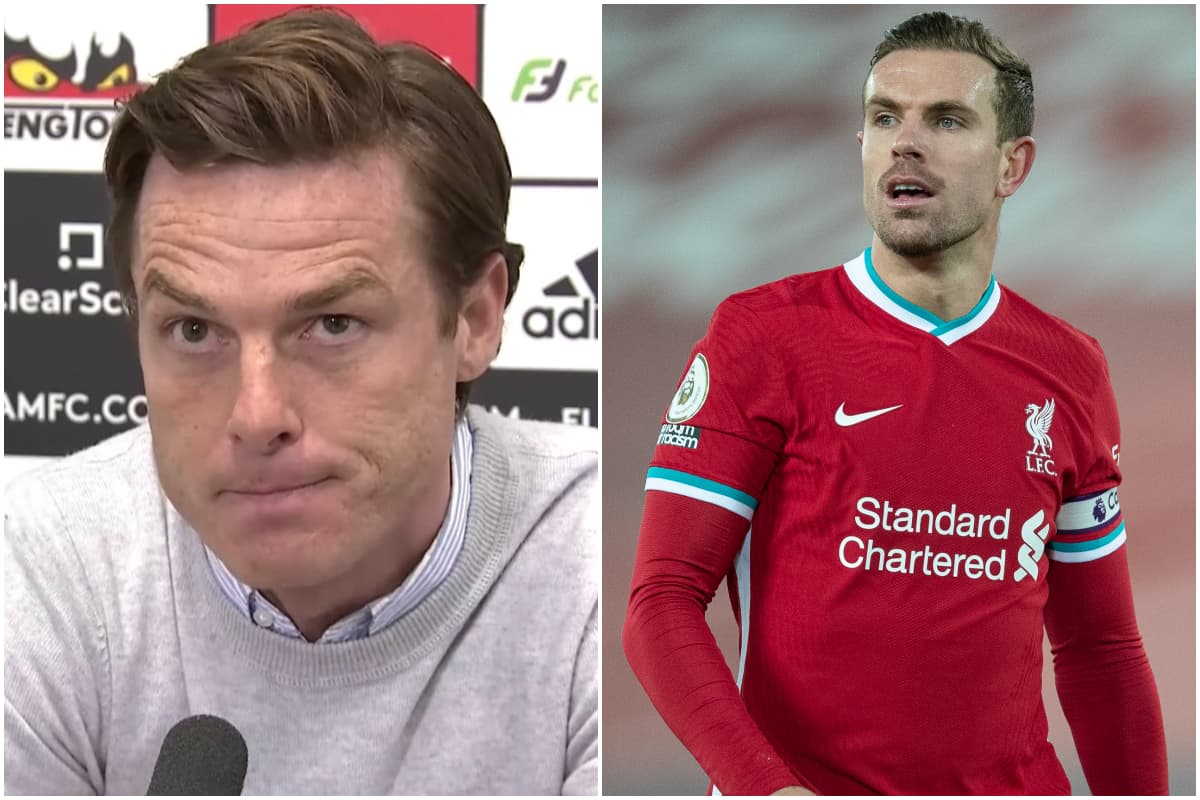 Fulham manager Scott Parker has delivered a particularly relatable rant against VAR in the Premier League, with Jordan Henderson voicing his approval on social media.

Parker found his side at odds with one of the most baffling handball decisions this season when Mario Lemina was adjudged to have handled the ball in the buildup to Josh Maja’s goal against Tottenham on Thursday night.

Lemina’s arm was by his side, but despite this a VAR review ruled out Maja’s late equaliser, with the farce leading lawmakers IFAB to change the rule from next season.

It is the latest in a long line of issues with the use of VAR, particularly in the Premier League, and Liverpool have suffered more than most with the technology so far this campaign.

Speaking after the game, Parker explained how VAR and the overanalysis of decisions is “losing the raw emotion of the game we absolutely love,” with a clip of his post-match press conference shared by Henderson on his Instagram story.

“That’s where the problem lies for me really. What we want to see as fans and spectators is goals and excitement, and I’m sorry to say that VAR is killing every bit of that.

“No longer do you celebrate a goal. Why? Because you’re hanging on, thinking it might be disallowed. We then have a 10-second check.

“You’re losing the raw emotion of the game we absolutely love.”

“From what’s gone from hopefully just trying to get the real big decisions right has slowly turned into practically every decision, anything in the game, trying to iron out every imperfection we have,” he said.

“When you’re trying to do that, you’re going to lose something which is more important.

“That is exactly what I’m talking about. I’m afraid to say, for me personally, I feel that we are losing that.”

The Fulham boss added: “The world we’re in, everyone’s looking for something which is perfect.

“Sometimes there’s something [better] left a bit raw in life, sometimes the rawness of something, the reality of what something is about is sometimes better left untouched.

“Certainly when it comes to our game, I personally think that should be the case.”

It is difficult to see a flaw in Parker’s argument at this point, with the word “sterile” particularly apt, and it is a stance seemingly shared by the majority of players and managers in the Premier League.

Henderson’s backing is not the first time the Liverpool captain has shared his frustration with VAR, and the hope will be that, regardless of the result, Sunday’s clash will play out with as little controversy as possible.