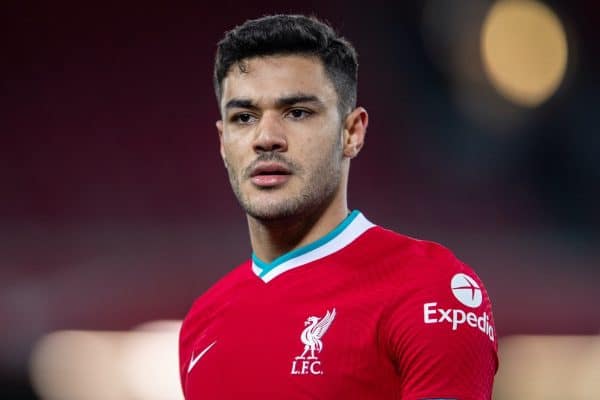 Ozan Kabak is claimed to be worth almost two times the fee Liverpool agreed with Schalke, if they decide to activate the option to buy within their loan deal this summer.

Kabak is currently only a temporary part of Jurgen Klopp‘s squad, but his improving performances at the heart of defence suggest he could earn a long-term stay at Anfield.

After an understandably shaky start, the Turk has established himself as a key player within the Reds’ defence, producing a handful of standout displays against the odds.

In the terms of their agreement with Schalke, Liverpool can sign Kabak on a permanent deal at the end of the season for just £18 million, having already shelled out £1.5 million to sign him on loan.

But the CIES Football Observatory, who have “developed a powerful algorithm to assess the transfer value of professional football players on a scientific basis,” claim he is worth almost double that.

Their latest analysis lists the most valuable player in every side across Europe’s top five leagues, with Kabak in the top 50.

The 20-year-old is valued at between €30 million and €40 million, which is estimated as 32.3 percent of Schalke’s assets on the whole – the third-most of any of the 98 clubs included.

Only Eibar’s Edu Exposito and Burnley‘s Dwight McNeil are considered to be worth a higher percentage of their club’s assets, which infers that, with Schalke almost certain to drop out of the Bundesliga, they will need to sell Kabak to recover.

However, the fact that Liverpool can sign Kabak for a fee as low as £18 million also suggests that they have negotiated a bargain, as the CIES value him at up to £35 million.

It highlights the desperate situation Schalke find themselves in that they even agreed to the deal.

The decision to loan Kabak out – with an option to buy, rather than an obligation – was likely a calculated risk by the club, as either Liverpool would sign him or another club would have seen enough to take the punt at the end of his loan.

As it stands, the Reds look to benefit greatly from this deal, and if they do opt to bring their No. 19 in on a permanent basis, they could have already secured one of the bargains of the summer.