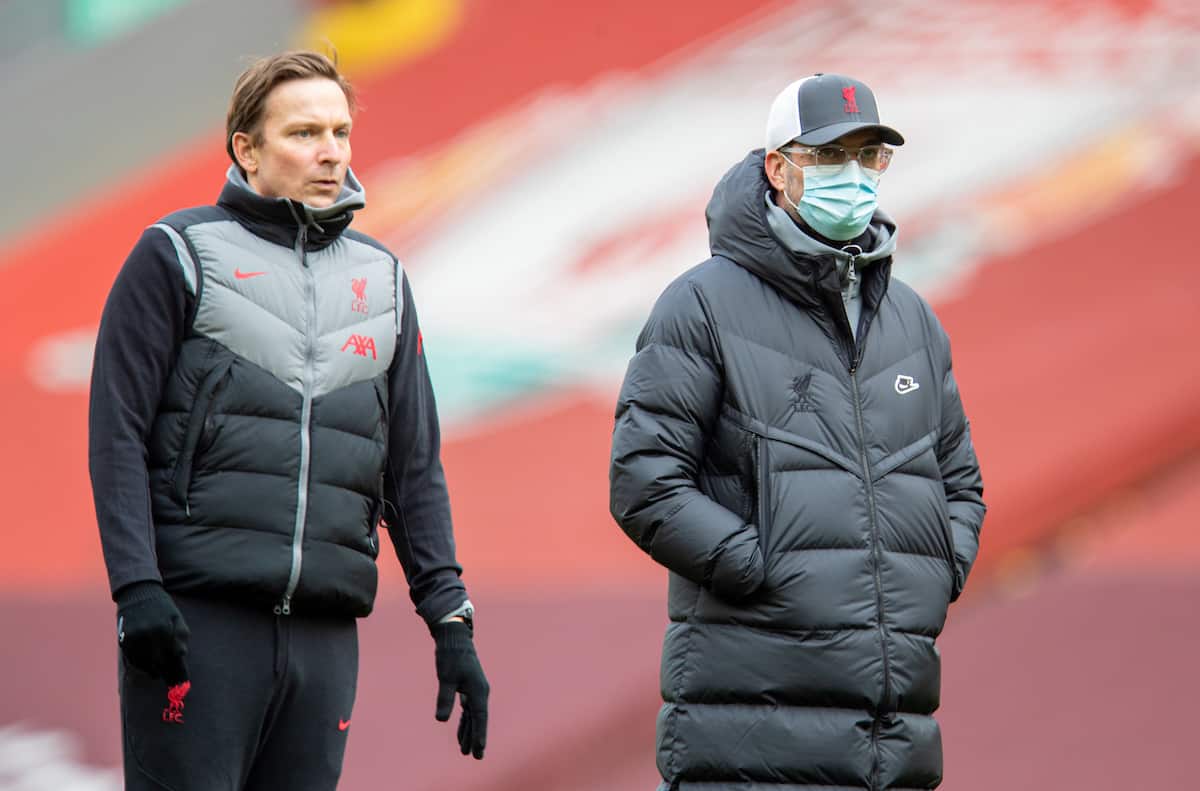 The remaining Liverpool squad are set to be split up for an internal friendly at Kirkby today, with Pepijn Lijnders explaining that “the better you play, the more you play.”

Many of the Reds’ first team have already been given time off as they embark on international duty with their respective nations this month, but training has continued.

The likes of Trent Alexander-Arnold, Fabinho, Alisson, Roberto Firmino, Alex Oxlade-Chamberlain and James Milner will remain on Merseyside, while others to have been called up, such as Curtis Jones and Xherdan Shaqiri, still reported to Kirkby this week.

They have been joined by 12 of the academy’s standout talents, including Mateusz Musialowski, James Balagizi and Tyler Morton, as Jurgen Klopp and his staff use the time to run the rule over the next generation.

Saturday brings an internal friendly, with two XIs comprised of senior and youth players, designed to “stimulate the competitiveness” within the squad.

“This whole week was to stimulate the competitiveness and improve our game quality.

“All exercises were constructed with the idea ‘the better you play, the more you play’, and like that the more you are close to winning football games.” 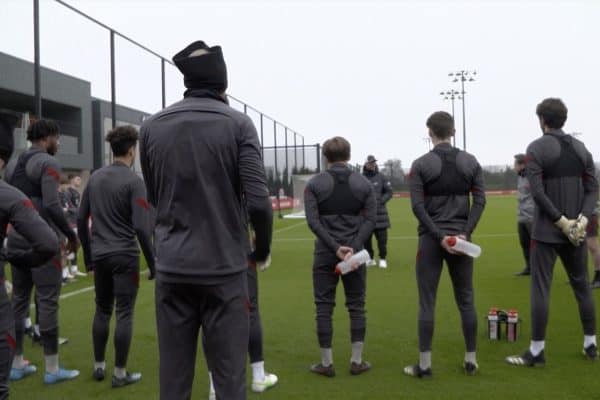 This break comes at an opportune moment for Liverpool, on the back of two consecutive victories as they maintain faint hopes of a top-four finish in the Premier League and, more realistically now, winning the Champions League.

For the likes of Alisson, Fabinho and Alexander-Arnold, the time between the 1-0 win over Wolves and the trip to Arsenal on April 3 will allow for much-needed rest and recovery.

But others, particularly those who have not played regularly of late like Oxlade-Chamberlain, can use the break to improve their training output and impress the manager.

“We believe that you only become better when your whole body is in training: the lungs, the heart, the head,” Lijnders continued.

“Everything…everyone thinking the same, competing to earn the right to play more, earning the right to attack more by chasing the opposition from all directions.

“As a staff we are continuously working on this, that’s why we call it ‘organised chaos’. Organised, what happens around this moment in positioning, is decisive to keep it up for long periods. It’s a ‘we want the ball’ mentality.”

This can also benefit the youngsters called into first-team training, as they are able to learn from the experience of Milner and the application of Jones, with an 11-a-side ‘friendly’ giving them a taste of what is required at a club like Liverpool.