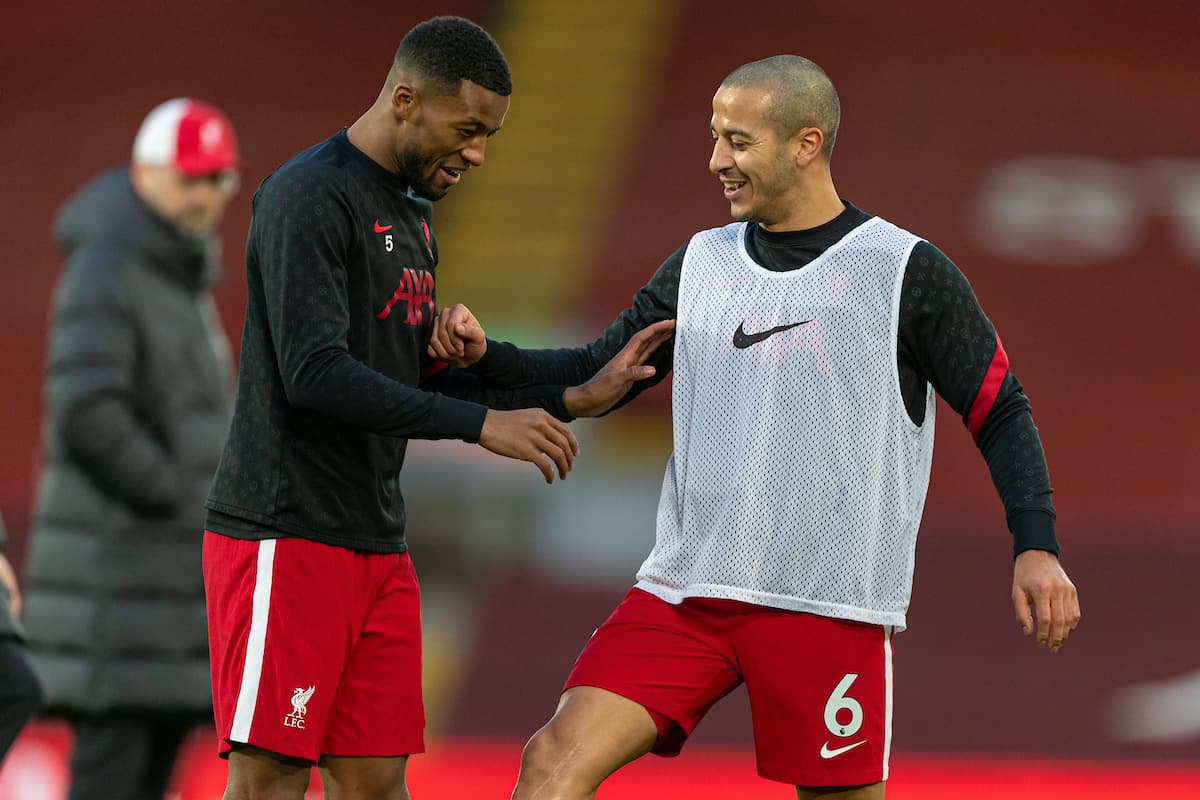 Jurgen Klopp could reward the XI that earned progress to the Champions League quarter-finals by naming an unchanged side as Liverpool visit Wolves on Monday night.

The Reds were able to put their domestic malaise aside in midweek as they punished RB Leipzig on their way to a 4-0 aggregate victory in the last 16 of Europe’s elite competition.

After the game, Klopp admitted progressing in the Champions League “can help” his side regain confidence in the Premier League, but that “we know that Monday at Wolves is a different kind of game.”

Klopp has options to consider ahead of the Reds’ trip to Wolverhampton, and here’s how they could take to the field.

Speaking at his pre-match press conference on Saturday afternoon, Klopp revealed it “looks like” there are no new injury concerns within his squad.

There could be even more positive news with the possible return of Roberto Firmino, with the manager saying he would “hopefully” be available for the trip to the West Midlands.

However, as the Reds took to training at Kirkby later in the day there was no sign of the Brazilian, nor Divock Origi.

Origi’s absence could be explained by a number of reasons, but the situation should be considered largely positive otherwise as there were in fact no fresh problems elsewhere.

That means the centre-back pairing of Ozan Kabak and Nat Phillips will likely continue in the league, with Fabinho able to keep his in midfield and Diogo Jota available to cover for Firmino.

Republic of Ireland manager Stephen Kenny revealed his hope that Caoimhin Kelleher would return to training this weekend from a stomach injury, in time to take up duties as No. 1 for the international break, but the 22-year-old is not yet back.

Klopp may have summed up his thinking across the board on Saturday as he discussed the prospect of Kabak and Phillips starting for the second consecutive game at centre-back.

“If they’re physically ready to go again, which I hope, then why should we change it?” he told reporters.

That message could be extended throughout the squad as Klopp plots for a much-needed win in the league, with the option of making no changes from midweek.

If that is the case, Alisson would stay in goal with Trent Alexander-Arnold and Andy Robertson flanking Kabak and Phillips in defence, shielded by Fabinho in his favoured midfield role.

Gini Wijnaldum and Thiago could provide intelligence, industry and creativity in the more advanced positions, with Jota leading the line alongside Mohamed Salah and Sadio Mane: 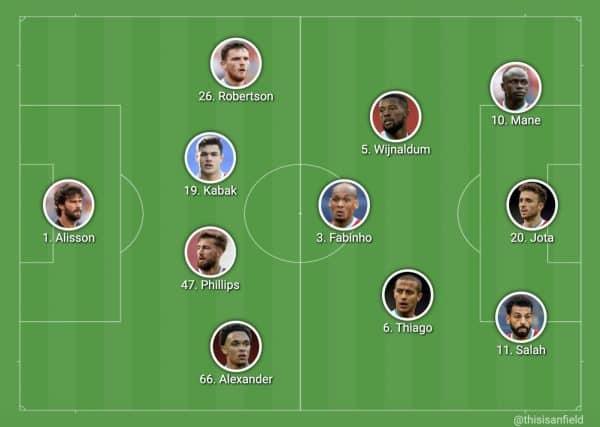 That is the most probable, and possibly strongest, side Klopp could field at Molineux, and there is arguably only one area of the pitch that could see any changes.

It is in midfield that Liverpool are at all well-stocked at present, and though Fabinho, Thiago and Wijnaldum should all be fit and eager to mesh together again, there is scope for rotation.

Klopp has Curtis Jones, Naby Keita and Alex Oxlade-Chamberlain among the options, and having impressed despite defeat against Fulham last time out in the league, it could be that Keita is the most likely alternate.

The No. 8 could take the place of Wijnaldum, given the Dutchman is the most stylistically similar and having played by far the most minutes of any of the Reds’ midfielders so far: 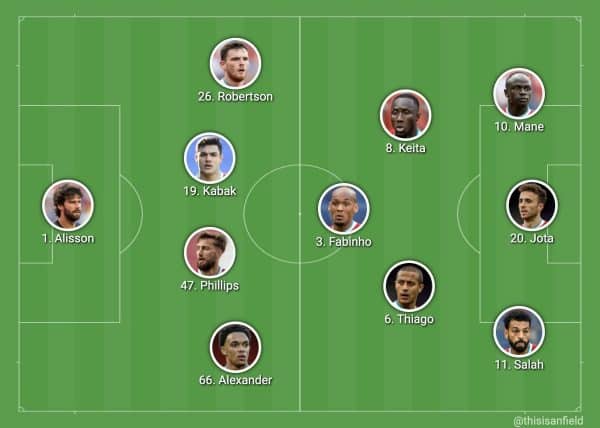 At this point it would be a surprise to see Liverpool take to the field in any way other than an unchanged XI, and that would arguably be the most sensible course of action.

Keeping consistency, and all of Klopp’s best players on the pitch, could be the right approach to reviving the Reds’ domestic form.