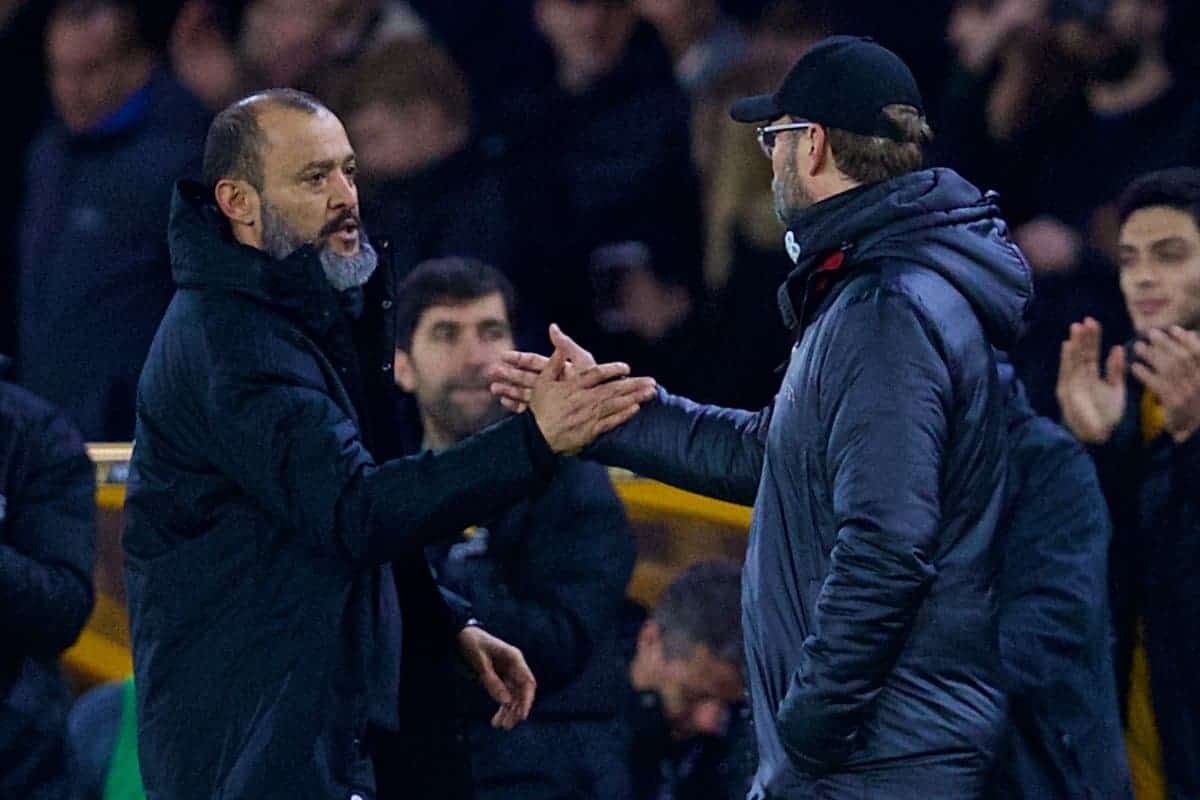 Wolves head coach Nuno Espirito Santo was unfamiliar with the traditional post-match drink and debrief with his fellow bosses when he first arrived in England, but the Portuguese admitted he misses the ritual.

Restrictions in place because of the coronavirus pandemic preclude managers from getting together after a game, a custom Nuno came to enjoy after taking the reins at Wolves when they were in the Championship four years ago.

Asked about his relationship with Liverpool counterpart Jurgen Klopp ahead of the Reds’ visit to Molineux on Monday evening, Nuno lamented the overall shortage of opportunities to catch-up after a fixture.

“I think both of us wish to have more time to become friends, building a friendship takes time and it takes spending time together,” he said.

“Now we don’t even have the pleasure to join in our office to share a wine or a beer, something that we enjoy so much. It’s harder.

“It’s something that when I arrived in England, that I was not used to and suddenly I was invited to the managers of the Championship to join them in their offices and I started to realise how important that was.

“It’s something we have lost because after a good or bad game or a win, draw or a defeat, being able to sit down in a good way and share your thoughts is something that has no price, it’s a lesson of life.” 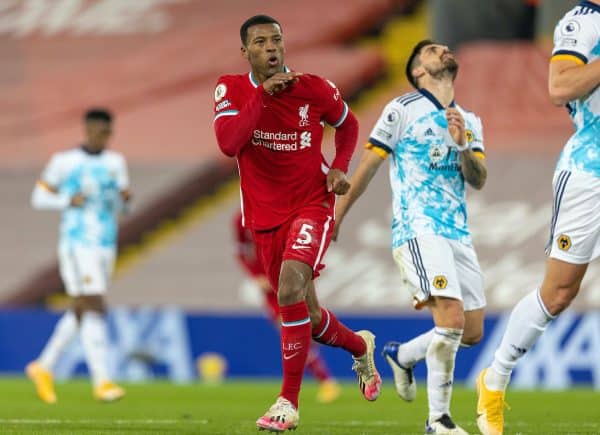 Liverpool thrashed Wolves 4-0 when the sides met at Anfield in December but the defending Premier League champions have endured an inexplicable downward spiral in their domestic form in the last couple of months.

A run of six defeats in seven league matches has effectively ended their title bid and they face a challenge to secure a top-four finish, but Nuno, understandably, is taking nothing for granted ahead of their showdown.

“The quality, the talent and the achievements that the club and Jurgen have done is amazing and we’re going to face a very talented squad, a very good football team who have a fantastic approach and idea on the game,” Nuno said.

“Not just every team, but everyone in life has ups and downs, it’s how you react from it and go through that which is important. I have huge admiration for Liverpool.

“(The 4-0 defeat) didn’t teach me anything. We faced a very tough opponent that was better than us in that game.

“The lessons we take is from all the opponents and not the matches we have. Anfield was a long, long time ago and so many things have changed since then for both teams. It’s going to be a new game and a challenge.”