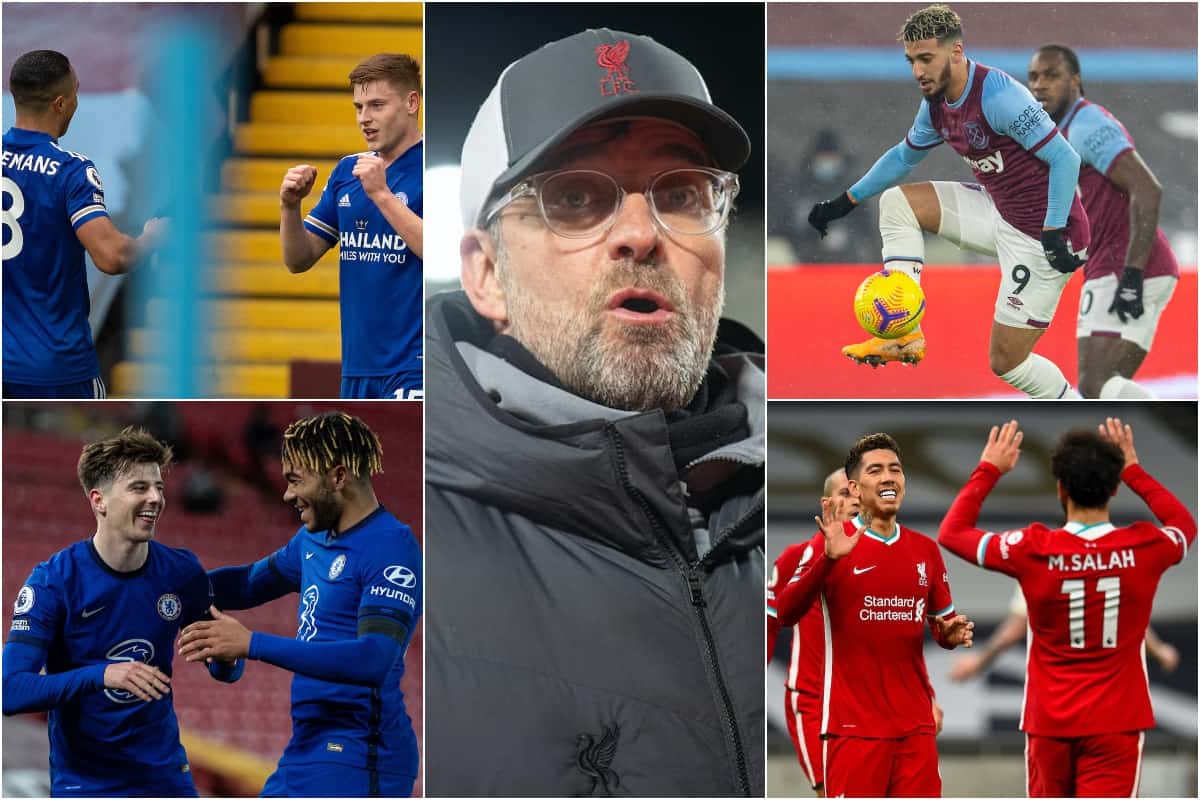 Liverpool now have one target to close out the season and their competitors’ remaining fixtures may just hand them an advantage in the race for Champions League football.

There are seven games remaining in the Premier League campaign and the Reds currently find themselves two places and three points adrift of fourth place – occupied by West Ham.

In fact, just four points separate Jurgen Klopp‘s men from Leicester in third, where Chelsea are also sandwiched in between and are one of the four clubs battling it out for only two lucrative spots.

It creates an intriguing battle to close out the 2020/21 season with European football increasingly more lucrative to clubs following the financial hit of the pandemic.

And alongside winning as many of their remaining matches as possible, Liverpool will be at the mercy of their rivals dropping points to aid in their bid, with their fate not in their own hands, at least not yet.

But a ‘favourable’ fixture list, on paper, could hand Liverpool an advantage in comparison to the matchups Leicester, Chelsea and West Ham have to face:

Notably, Liverpool are not to meet any of the three teams but Chelsea are to face both Leicester and West Ham, creating a pool of dropped points for any or all.

In fact, if you were to take the average position for each of the teams the three clubs are to face at the time of writing, where the lower the score the harder the games, the Reds have the second ‘easiest’ run.

The average position across the seven games they’re left to play is 13.14, with West Ham marginally faring better with 13.4, while Leicester (11) and Chelsea (8.7) face the tougher run on paper.

And among the current top eight and away from direct head to heads, Liverpool are out of the web having only to face Man United, while Leicester must also play Tottenham, West Ham are to clash with Everton and Chelsea with Man City.

Thomas Tuchel’s men also have a Champions League semi-final tie against Real Madrid to navigate and the Blues and Leicester could also have an FA Cup final to fit contest.

It all adds to the fatigue and congestion factor, one which Liverpool will be eager to take advantage of, but they must first take care of their own games.