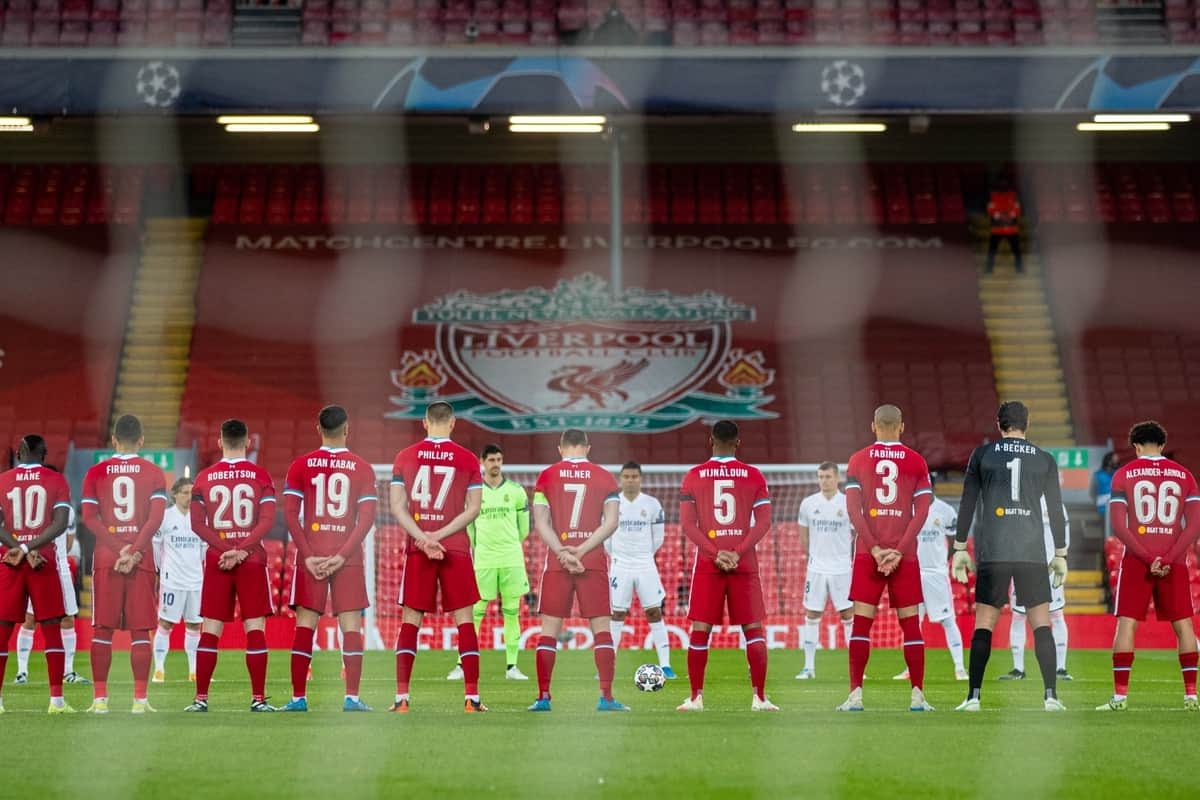 Jurgen Klopp has made one change as Liverpool seek at least a two-goal victory over Real Madrid to ensure progress to the semi-finals of the Champions League tonight.

The Reds are faced with a 3-1 deficit from the first leg in Madrid, but a vital away goal gives hope of another European comeback.

Unlike those famous nights in the past, however, Liverpool will be forced to make do without a crowd, with an empty Anfield playing host to this quarter-final decider.

Klopp has stressed the need to attack the tie in pursuit of the victory required, and has named a strong lineup to reflect that.

Alisson starts in goal, despite concerns over his availability, with the No. 1 behind a back four of Trent Alexander-Arnold, Nat Phillips, Ozan Kabak and Andy Robertson.

Fabinho will anchor the midfield, to be joined by Gini Wijnaldum and James Milner.

Mohamed Salah, Sadio Mane and Roberto Firmino take their places in attack, with Diogo Jota on the bench. 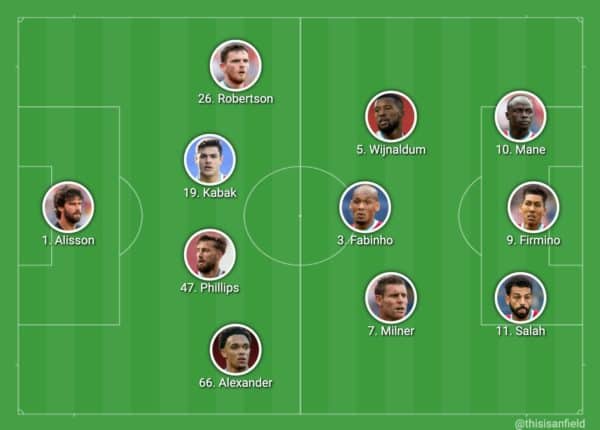