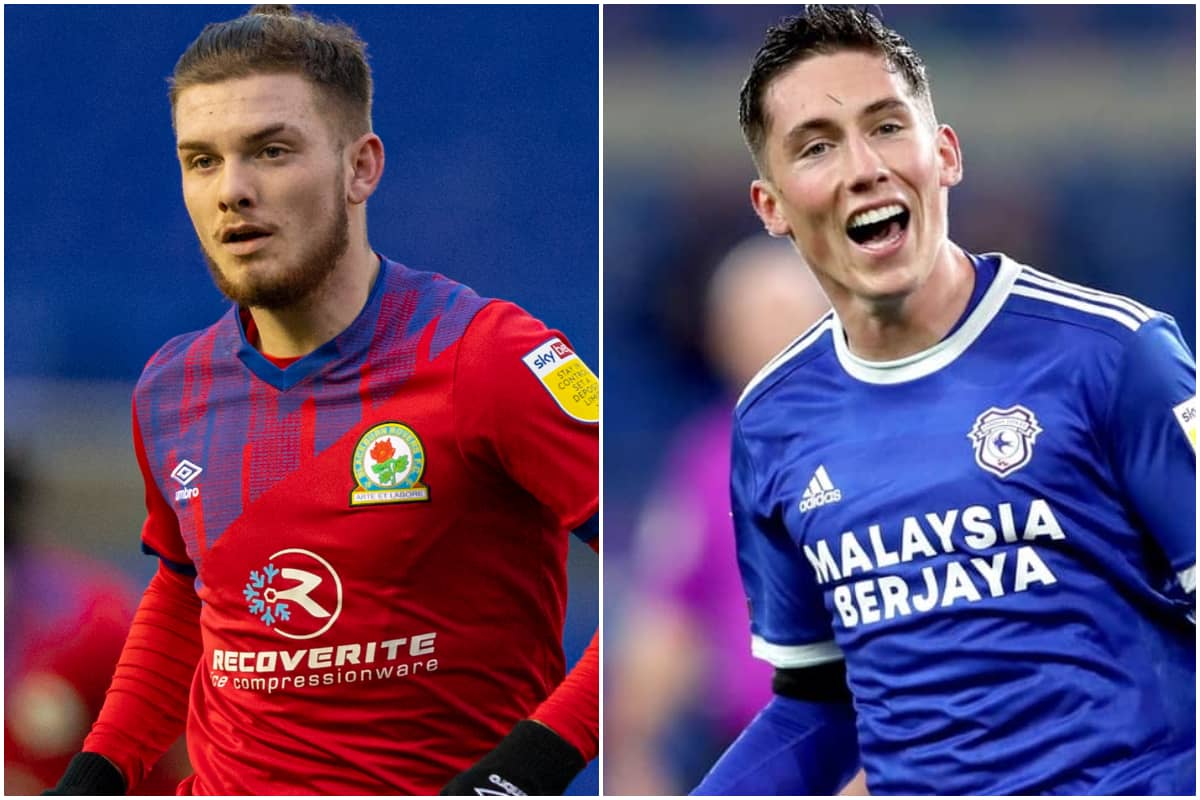 The weekend pitted two Liverpool loanees against each other, and Harry Wilson came out on top in the assist stakes as he set up two and Harvey Elliott laid on one.

With four young Reds currently on loan in the Championship, there are occasions when parent club ties are put aside with the success of their temporary clubs coming at the expense of the other.

That was the case on Saturday, as Cardiff hosted Blackburn, with Mick McCarthy’s side looking to keep up faint hopes of finishing in the playoff places.

McCarthy omitted another Liverpool player from his side, with Sheyi Ojo unused throughout, as a fierce 2-2 draw played out with Wilson and Elliott’s creativity at the heart of it.

Wilson teed up the opener, backheeling his free-kick into the path of Will Vaulks who hammered home in the 27th minute, before Elliott set up the equaliser before half-time, with his ball over the top for Adam Armstrong.

Blackburn pushed hard to go ahead after the break, hitting the woodwork three times, but it was Cardiff who took the lead again as Wilson laid a smart ball through for Joe Ralls to clip home.

Elliott was off the pitch by the time Blackburn levelled again, with Armstrong clinching a share of the points in the last minute, leaving Rovers arguably happier with the draw.

Two assists saw Wilson move level with Elliott as the joint-second top creators in the Championship, with the Liverpool forwards both having set up 11 so far, behind only Norwich‘s Emi Buendia (15).

In Portugal, Marko Grujic played his first full 90 minutes in the Primeira Liga since joining Porto on loan in October, in only his fourth league start for the club.

Grujic partnered Mateus Uribe in midfield as Sergio Oliveira took his place on the bench, and playing the full game he made it two in a row as he also remained on the pitch throughout the 2-0 loss to Chelsea in the Champions League in midweek.

The 24-year-old played an integral role in a 2-0 victory over Tondela, winning more aerial duels than any other player (nine), as well as keeping things tidy with a 87.5 percent pass accuracy.

In the Football League, Sepp van den Berg and Adam Lewis also both played 90 minutes, with the pair fielded as wing-backs for Preston and Hull respectively, while enduring miserable defeats.

Van den Berg took his place on the right flank as Preston were hammered 5-0 by Brentford in the Championship and Lewis was on the left for Plymouth’s 3-0 defeat to Hull.

Liam Millar was substitute for only the third time in 20 consecutive appearances for Charlton, coming off the bench for the final 34 minutes of a 2-1 win over Sunderland.

Vitezslav Jaros kept his second clean sheet for St Patrick’s Athletic in a 2-0 win over Derry City, while Anderson Arroyo played the full 90 minutes in a hard-fought 0-0 draw for Salamanca away to Real Oviedo B.